Trump rushed Rittenhouse to Mar-a-Lago after not guilty verdict 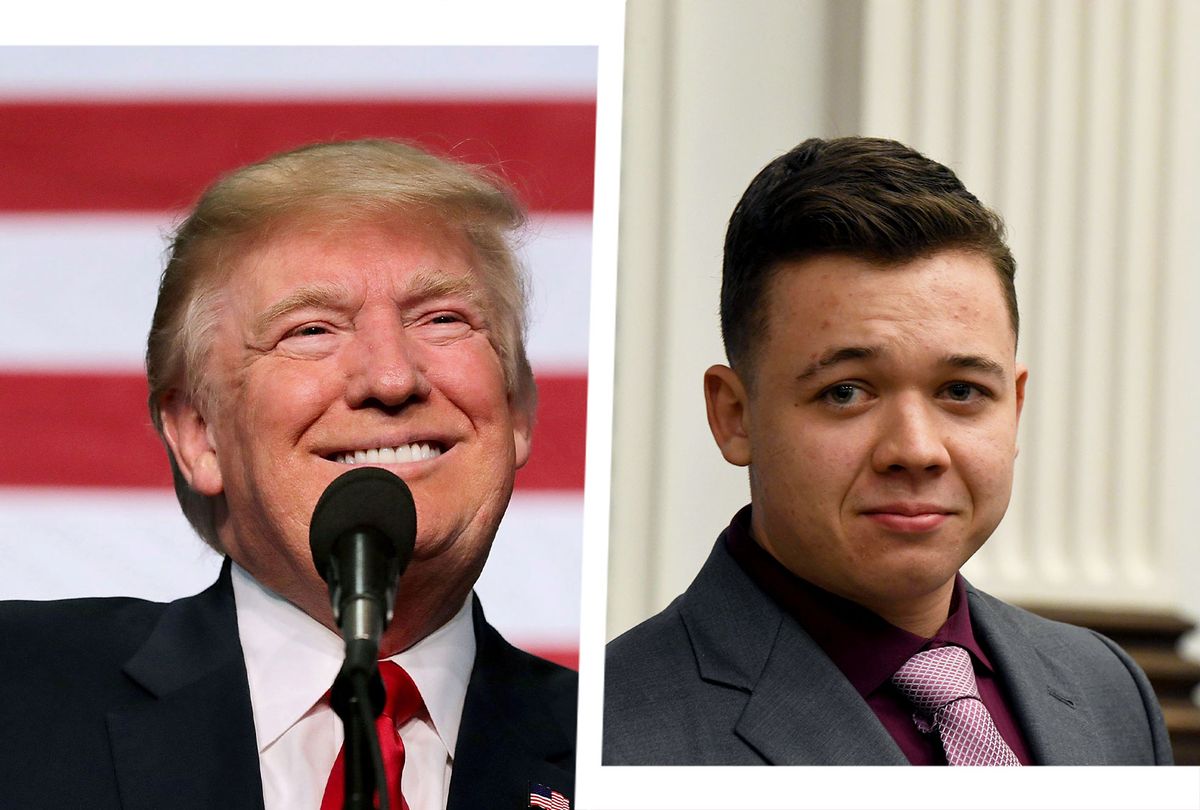 "Really, a nice young man," Trump said to describe Rittenhouse in an interview with Sean Hannity on Tuesday. "Kyle, I got to know him a little bit. He called, he wanted to know if he could come over and say hello because he was a fan," Trump claimed.

"What he went through, that was prosecutorial misconduct. He should not have had to suffer through a trial. He was going to be dead" continued Trump, defending Rittenhouse's actions.

The shooting happened during a protest in Kenosha over the police shooting of Jacob Blake, a Black man, by a white police officer. Rittenhouse crossed state lines from Illinois, allegedly intending to defend the city from rioters. Rittenhouse's lawyers argued that he killed the two men in self-defense. "I didn't intend to kill them," Rittenhouse testified. "I intended to stop the people who were attacking me."

In the days after Rittenhouse killed two men and was identified, the right quickly lionized him, calling him a hero for what they saw was an act of noble vigilantism. After the verdict, conservatives cheered and saw Rittenhouse's acquittal as vindication.

RELATED: Why Donald Trump exalts Kyle Rittenhouse: Nothing gets the base going like violence

On Monday night, Rittenhouse sat down for an interview with Fox News's star personality Tucker Carlson. Carlson said Rittenhouse was "bright, honest, sincere, dutiful, and hard-working. Exactly the kind of person you'd want many more of in your country."

In a video telling Rittenhouse to contact Cawthorne if he wants an internship, Cawthorne also told his supporters to "be armed, be dangerous, and be moral."