Why Donald Trump exalts Kyle Rittenhouse: Nothing gets the base going like violence

Trump doesn't need violence to steal the 2024 election, but he champions it anyway — because his base loves it 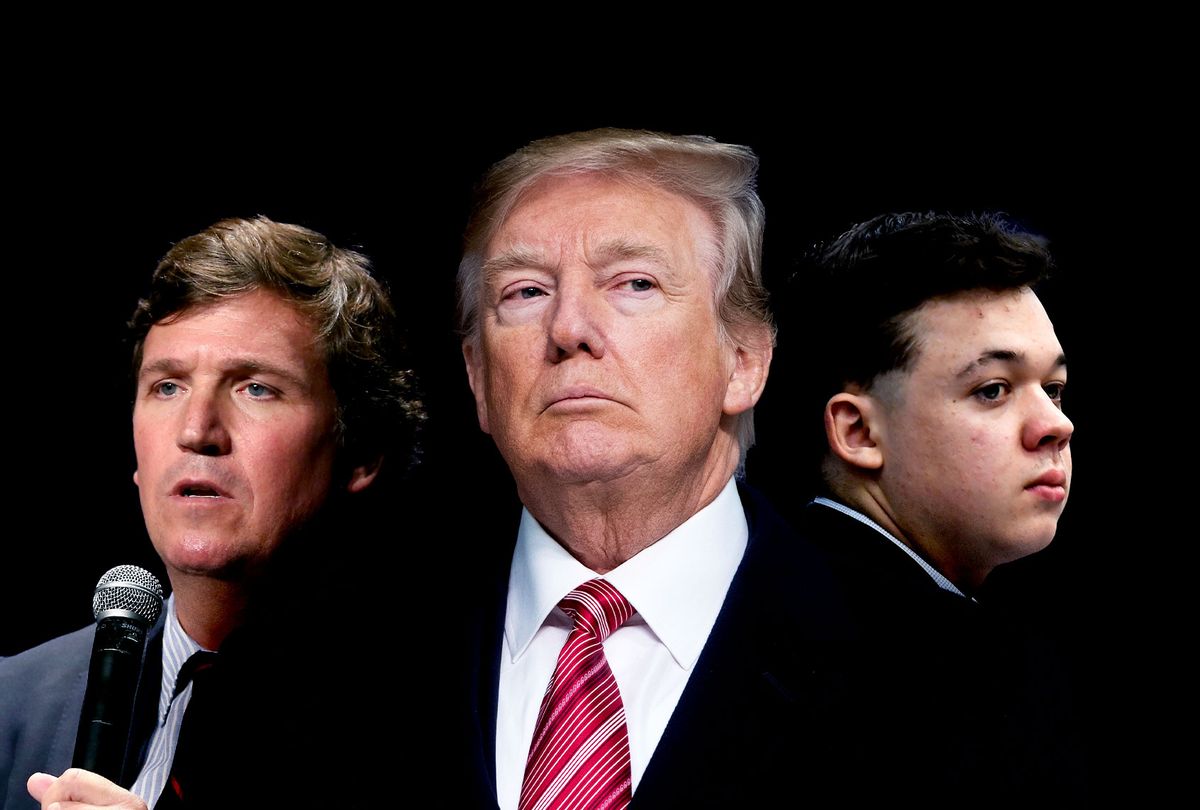 The strangest thing about Donald Trump and the GOP's increasingly open embrace of political violence is how unnecessary it is, even by the right's own grotesque standards.

Ever since Trump's failed coup that culminated in the January 6 insurrection, Republicans have been carefully laying the groundwork for a bloodless destruction of democracy. They've commandeered election offices and filled them with Trump lackeys eager to break the law for their leader. They've gerrymandered elections so that Republicans "win" even when Democrats have strong majorities. And they toss on a robust amount of voter suppression so Democrats can't get to the polls in the first place. Even Trump's path to retaking the White House despite quite likely losing in 2024 is laid out without the need to fire a single gunshot: Republican-controlled state legislatures and Congress could nullify the vote in districts Joe Biden wins and throw the election to Trump.

"Democracy's primary assailants today are not generals or armed revolutionaries," Harvard political scientists Steven Levitsky and Daniel Ziblatt explained in The Atlantic, but rather politicians "who eviscerate democracy's substance behind a carefully crafted veneer of legality and constitutionality."

But even though a bloodless fascist takeover is in the works, Trump and other leaders of the Trumpist movement have spent the past years ratcheting up enthusiasm on the right for political violence. For months, Trump and his allies have been trying to rewrite the narrative of January 6, casting the insurrectionists as heroes and martyrs. Now, in the wake of the acquittal of Kyle Rittenhouse — who shot three people, killing two, at a Black Lives Matter protest in August 2020 — they're doing the same. Rittenhouse is cast on the right as a noble hero, instead of what he is, an unsettling creep who had no business swinging an AR-15 around in a volatile situation.

As soon as the trial was over, Fox News host Tucker Carlson brought Rittenhouse on for an interview, praising him as "the kind of person would you want many more of in your country." (As a reminder, Rittenhouse was photographed in a Michigan bar in January, partying with Proud Boys and flashing a white nationalist hand gesture.) Trump also brought Rittenhouse to Mar-A-Lago to pose for pictures in front of a wall showily festooned with a photograph of North Korean dictator Kim Jong-un. Trump called Rittenhouse — who shot and killed Joseph Rosenbaum, 36, and Anthony Huber, 26 — a "nice young man."

Trump and Carlson are doing this, even though they know full well that it's encouraging more insecure men to view political violence as a way to ameliorate their own gnawing fears of mediocrity. Indeed, manipulating men into committing violence appears to very much be the point. As Mark Follman wrote in Mother Jones last week, "Trump has made freshly evident, in other words, that he is serving as the inspirational leader for a domestic terrorism movement."

But again, the question is why?

Most available evidence suggests that not only can Trump's desired fascist takeover happen without violence, it would actually be more likely to work if it was bloodless. The best weapon of the 21st-century autocrat is not violence, but demoralization — wearing down the opposition by making it seem there's no legal avenues to save democracy. As Michelle Goldberg explained Monday in the New York Times, there's a "growing hopelessness born of a sense that dislodging Trump has bought American democracy only a brief reprieve," and the result is "progressives retreating into private life to preserve their sanity, a retreat that will only hasten democracy's decay."

Without violence, the Trumpist right can pretend their gutting of democracy is above-board and grind their opponents into a state of learned helplessness. Violence, however, makes it very hard to pretend that rising fascism is anything but what it is. Without the Capitol riot capturing the public's attention, Trump's attempts to steal the 2020 election through bureaucratic corruption could have been shoved down the memory hole. Right-wing violence, on the other hand, is unambiguous. It solidifies the left's resistance instead of undermining it.

Part of the infatuation with violence is due to Trump's personality. Unlike his father, who was arrested in a KKK riot in 1927, Trump is a physical coward. He loves the idea of violence, however, and adores sending minions out to commit violence in his name. That was true when he praised rioting neo-Nazis as "very fine people" in 2017, when he sent cops to tear gas peaceful protesters in Lafayette Park in 2020, and when he incited the Capitol riot in 2021.

Trump likely understands that his most ardent followers also love violence and are also caught up in fantasies of beating and killing liberals — and of getting away with doing so. An analysis from Media Matters released Tuesday shows that the Rittenhouse verdict was a traffic bonanza for right-wing pages on Facebook. Such pages got nearly 30 million interactions on November 19, an especially high number since the verdict was announced late on a Friday, which is usually a low traffic period online. The only other days these pages got more traffic were in response to January 6 and its aftermath, Trump's acquittal for inciting the riot, and Biden's inauguration. Notably, 4 out of the 6 highest traffic days were due to Trump and his allies exalting or inspiring political violence. Clearly, the base is really into the idea of cracking skulls in the name of Trumpism.

To be certain, Republicans have other uses for political violence.

The beatification of Rittenhouse, like the tear-gassing of protesters in Lafayette Park, is about scaring progressives away from protest. That could matter if and when progressives take to the streets in response to efforts to steal elections. Cleaning house of honest election officials, to replace them with Trump stooges, is also being aided through violence, as demonstrated by the number of election officials quitting rather than put up with death threats.

But mostly, the violence seems to be about motivating the Trump base. The idea of a bloodless fascist takeover doesn't really get the right-wing juices going. What fires them up is memes celebrating the deaths of political opponents. A lot of these folks have been spending thousands of dollars for years, even decades, building up arsenals. Destroying democracy through paperwork probably feels unsatisfactory. As one man at a Turning Point event in October plaintively asked: "When do we get to use the guns?"

Keeping these folks activated and engaged means dangling the fantasy of political violence. Trump and Carlson get that, which is why they're determined to turn Rittenhouse into a right-wing hero.