Speaker McCarthy, or Speaker Trump? Republicans already have a majority locked down — and they're not done yet 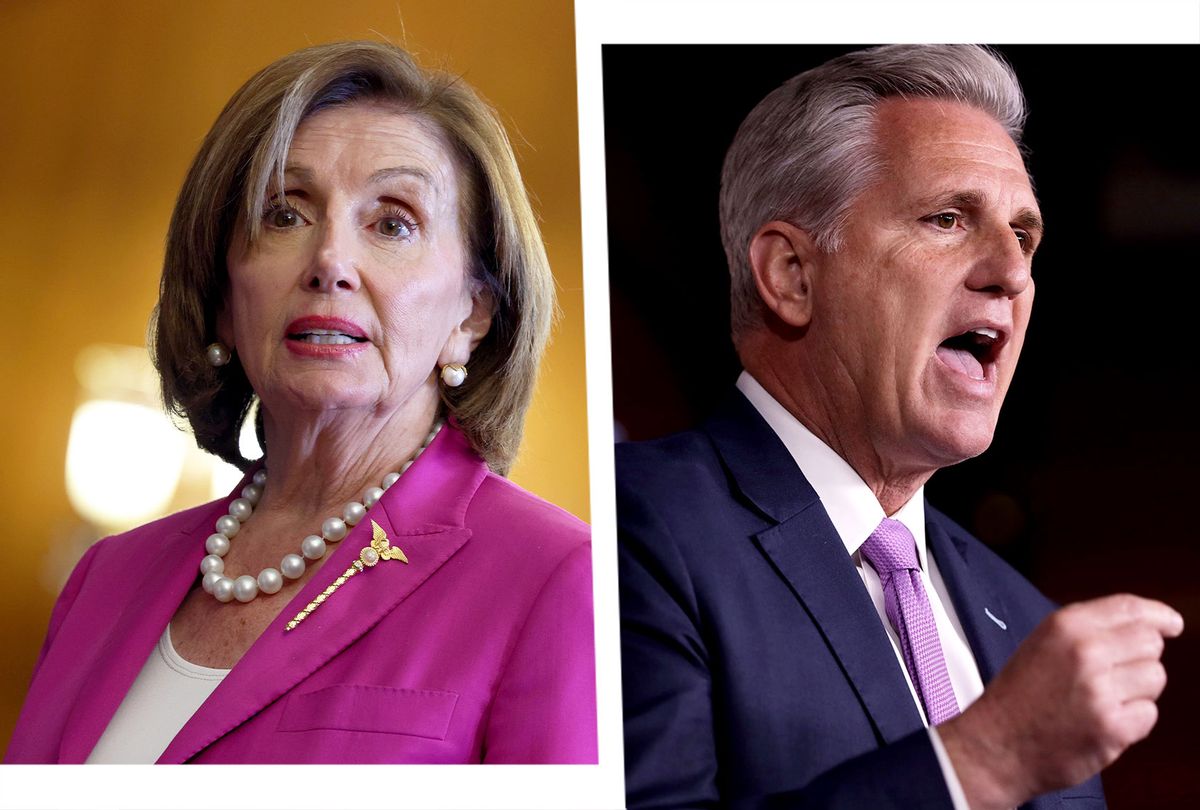 Republican-led states have already added enough safe seats through redistricting to flip control of the House of Representatives in next year's midterm elections.

Only 12 states have completed the process of redrawing congressional district maps based on the 2020 census. But Republicans have already reconfigured enough districts to add five safe seats, which would be enough to flip the House majority if nothing else changes, according to a New York Times analysis. Though people of color drove most of the nation's population growth in the last census, some Republican states have aggressively packed voters of colors into single districts or failed to draw a single minority-majority district at all. Many of the new maps have already been challenged by lawsuits, although a 2019 Supreme Court decision that allows federal courts to review gerrymanders that appear to be based on race — but not those designed simply for partisan advantage — is likely complicate the legal challenges.

Republicans have already added a net total of five seats, according to the Times, after completing redistricting in Texas, Iowa, North Carolina and Montana. Though Democrats are poised to add safe seats for themselves in states like New York, Illinois and Oregon, Republicans have total control of the redistricting process in states that represent 187 congressional districts while Democrats control just 75. Some of the new maps build on existing districts that were already heavily gerrymandered by Republicans following the 2010 census.

"They're really taking a whack at competition," Michael Li, a redistricting expert at the Brennan Center for Justice, told the Times. "The path back to a majority for Democrats if they lose in 2022 has to run through states like Texas, and they're just taking that off the table."

Other Republican-led states are expected to produce similarly gerrymandered maps. Ohio Republicans are pushing a map that would give them 13 of the state's 15 seats in the House, giving them 86% of seats even though Donald Trump won just  just 53% of the vote in Ohio last year.

"Fear is driving all of this," former Ohio Democratic Party Chairman David Pepper said at a redistricting hearing on Wednesday. "Fear of what would happen if we actually had a real democracy."

Republicans in states like Georgia and New Hampshire have also proposed maps that would add Republican seats.

While some Republican-led states are looking to flip Democratic districts, lawmakers in Alabama, Indiana, Oklahoma and Utah have drawn maps that solidify Republican control over districts that have become more competitive. Utah and other states have moved to "crack" cities where Democrats have a competitive edge. Utah, for example, split Salt Lake County into four separate congressional districts, effectively eliminating political competition and dividing up a major community, according to the Princeton Gerrymandering Project.

Republicans have made no secret of their motivations. "The competitive Republican seats are off the board," Adam Kincaid, executive director of the National Republican Redistricting Trust, told the Times.

"The floor for Republicans has been raised," added Rep. Tom Emmer of Minnesota, chairman of the National Republican Campaign Committee. "Our incumbents actually are getting stronger districts."

Fair map advocates had limited success in challenging the post-2010 maps. North Carolina was the only state forced to redraw its 2011 maps twice after courts ruled that they were obvious partisan gerrymanders. This year, North Carolina Republicans doubled down, drawing a map that gives them 10 out of 14 congressional districts in a state where Trump fell short of an outright majority. (He carried North Carolina with 49.9% of the vote.) Critics have argued that the map also constitutes a racial gerrymander after Republicans turned the minority-majority district represented by former Congressional Black Caucus Chairman G.K. Butterfield, a Democrat, into a majority-white district. Republican lawmakers deny that they used racial data, arguing that the map is "race-blind."

"To pretend to be race-neutral and then draw these districts that are so harmful to Black voters flies in the face of why we even have federal law," Allison Riggs, executive director of the Southern Coalition for Social Justice, which sued over the map, told the Times. "The process is so broken."

Legal challenges could also be complicated by the delayed release of census results, which were held up for months due to the pandemic.

"This is always in every decade a very accelerated process in the courts, but it is even more so this year because of the four months that were lost because of the delayed release," Thomas Saenz, president of the Mexican American Legal Defense and Educational Fund, which has filed multiple redistricting lawsuits, told the Times. "The question is, will the courts run out of time and allow even maps that are legally flawed to be used for one election cycle in 2022?"

The new maps put Democrats at a significant disadvantage, on top of the fact that an incumbent president's party typically loses seats in the midterms. But 2022 is already shaping up to be particularly painful for Democrats. Though Democrats still have a chance to hold their slim Senate majority, President Biden's approval-disapproval split has fallen from 50-42 in June to 41-53 this month, according to a new ABC News/Washington Post poll. Across a group of crucial swing states – Arizona, Florida, Georgia, Nevada, New Hampshire, North Carolina, Pennsylvania and Wisconsin – his approval rating is down to just 33%.

That trend appears to have extended to the rest of the party. The poll found that 51% of voters would prefer a Republican House candidate compared to 41% who prefer a Democrat, the biggest edge the GOP has held in 110 ABC/Post polls going back 40 years. Democrats held a 51-40 advantage in 2017 before winning a House majority by flipping 41 seats in the "blue wave" of 2018, their biggest gain since the Nixon era.

More on redistricting, gerrymandering and the 2022 midterms: