The science behind the scoop: Four key factors to consider when making ice cream 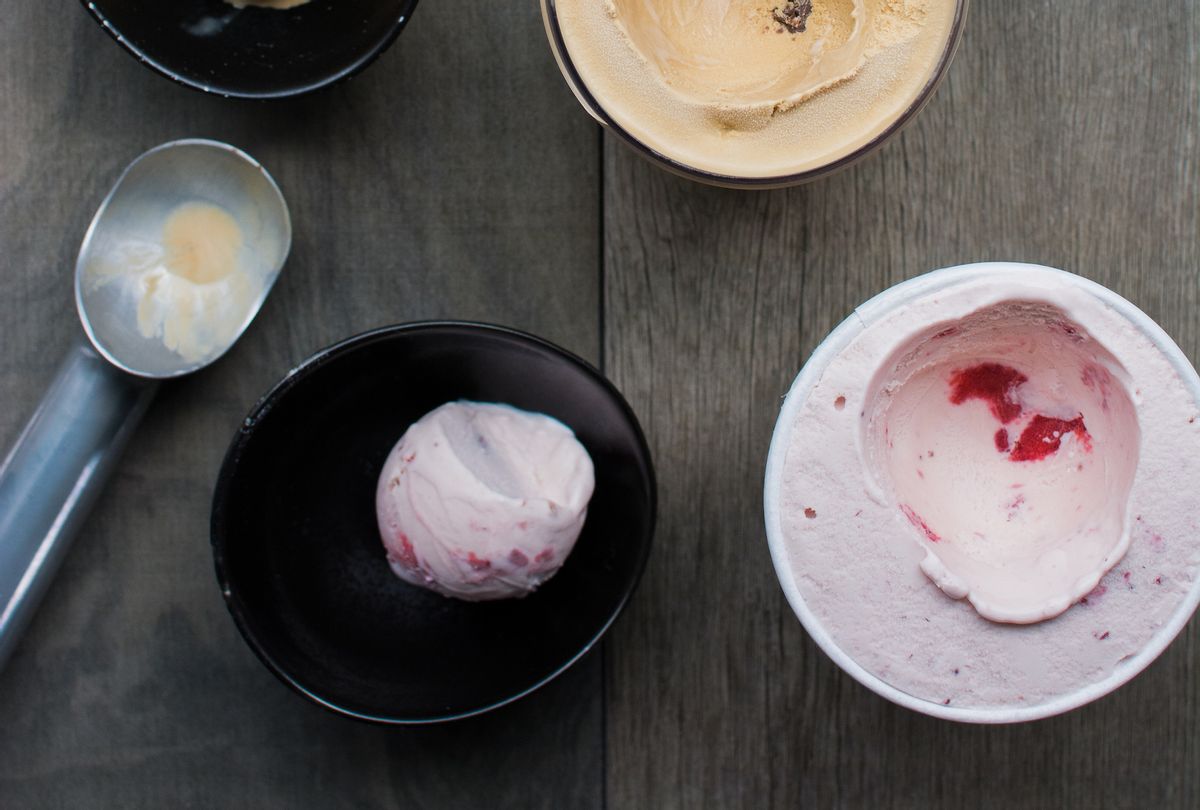 Ice cream made at ICE. (Photo courtesy of the Institute of Culinary Education)
--

I'm obsessed with ice cream's inner workings, and a little technical know-how can help perfect frozen creations. What follows is a brief primer on key factors to consider with ice cream: how to properly balance a formula, mastering the right consistency, building proper structure and controlling the size of ice crystals.

While there may not be one "ideal" ice cream formula, one can assemble one much like an algebraic equation based on the desired end result. The key to success is knowing which components are proportionally static and which ones are variable. Then it's about knowing how your ingredients supply these basic components.

One can very generally place ice cream formulas and their constituent components within the following ranges:

There are, of course, exceptions. Gelato-style products often have a fat content in the 7-8% range and soft serve products may contain 5% fat or less, though such products cannot commercially be called ice cream, which is defined by U.S. law as containing a minimum of 10% milk fat.

Crucial to understanding how to build an ice cream formula is knowing the composition of your ingredients; this basic information is important no matter the preparation at hand. With knowledge of an ingredient's composition, structure and function is one of the great powers of cooks. For example, rather than thinking of milk as simply "milk," one must look at it as a system of water, fat, protein and sugar; its structure is at once an emulsion, a suspension and a solution. We can examine every ingredient we use in an ice cream under the same figurative microscope.

The amount of solutes in the unfrozen water phase determines the volume of ice crystals that form. Water containing dissolved solids such as salt and sweeteners are affected by something we refer to as colligative properties. These solutes will raise the boiling point of water on the high end of the temperature range, and at the low end, they lower the freezing point of water. It is this very property of freeze point depression that makes ice cream possible at all — served below water's freezing point, it is soft enough to scoop and chew. 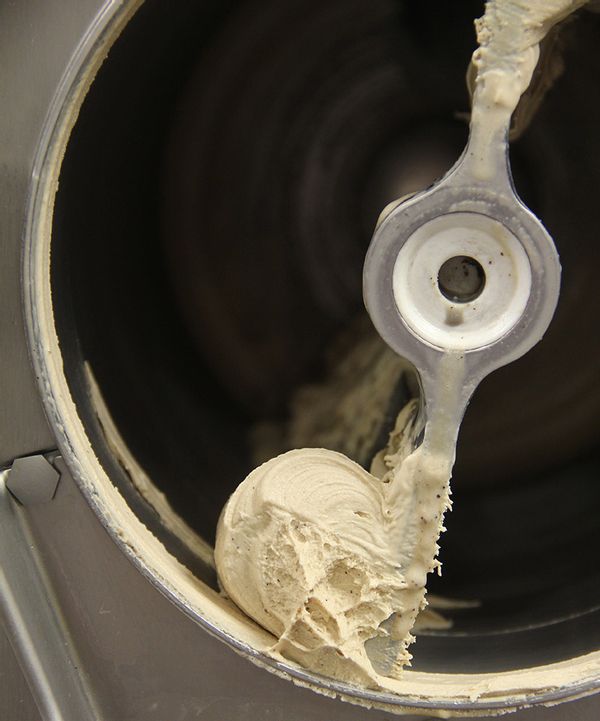 Coffee ice cream made at ICE. (Photo courtesy of the Institute of Culinary Education)

Different solutes — for the sake of this discussion, sweeteners — will lower the freezing point of water to different degrees. The measurement that we use to correlate freeze point depression is a sweetener's molecular weight: The lower the molecular weight, the greater the effect of freeze point depression. Sucrose, for example, has a molecular weight of about 342 grams per mole. Dextrose is lower at 180 grams per mole and glucose is slightly higher at 428 grams per mole. So what does this mean for an ice cream maker? Dextrose can produce a softer product at colder temperatures, while glucose will firm up an ice cream at warmer temperatures. Simply put, we can use multiple sweeteners to modify the freezing point — the relative firmness or softness — of an ice cream.

Also interesting to consider is the idea of freeze concentration: as a solution freezes, only pure water crystallizes into ice, which means the concentration of solutes in the remaining unfrozen water increases, which also means that the freezing point of that water continues to drop as more water turns into ice. Thus, even at a temperature of about 3˚F/-16˚C (below the typical serving temperature of ice cream) only about 72% of the total water in a base mix is frozen as ice. The rest remains unfrozen as a very concentrated sugar solution, thus giving a soft scoopable consistency.

In addition to supplying creamy mouthfeel, the milk fat content of ice cream will determine its basic physical structure. The best way to understand ice cream's structure is to step back and consider first the structure of whipped cream. As we whip heavy cream, we can begin to visualize individual fat particles swirling around the continuous phase of water, slamming into each other almost as if in a mosh pit (my favorite way to describe it). With help from some of the milk proteins, these partially coalesced fat particles begin to form a kind of "scaffolding" — a solid structure — that traps the air bubbles that are incorporated into the cream as it is being whipped. Though the composition of ice cream is more complex, this same type of structure is being created in the freezing and churning process.

Ice cream is made up of a lot of ice. (Obviously, right?) Ice defines its nature, yet improper formulation or handling can result in the ice emerging as a negative attribute — too much ice or in too large a crystal size. The rate and speed of freezing the base mix determines crystal size — the lower the temperatures, the faster the base freezes to produce the smallest possible ice crystal. These ice crystals will always be at their greatest number and smallest size the moment they are extracted from the machine; they can never get smaller.

How do we keep those ice crystals as small as possible for a smooth and creamy texture? It's all about speed and temperature. A high-end batch freezer that can process ice cream in a few minutes will make better ice cream than lower-end methods that may take much longer to freeze. It's a classic example of getting what you pay for. Spin your ice cream as quickly as possible and store it as cold as possible to minimize the size and growth of ice crystals.

Below is one of my standard well-balanced formulas for classic vanilla ice cream.