The event appeared to be targeting Small Business Saturday shoppers 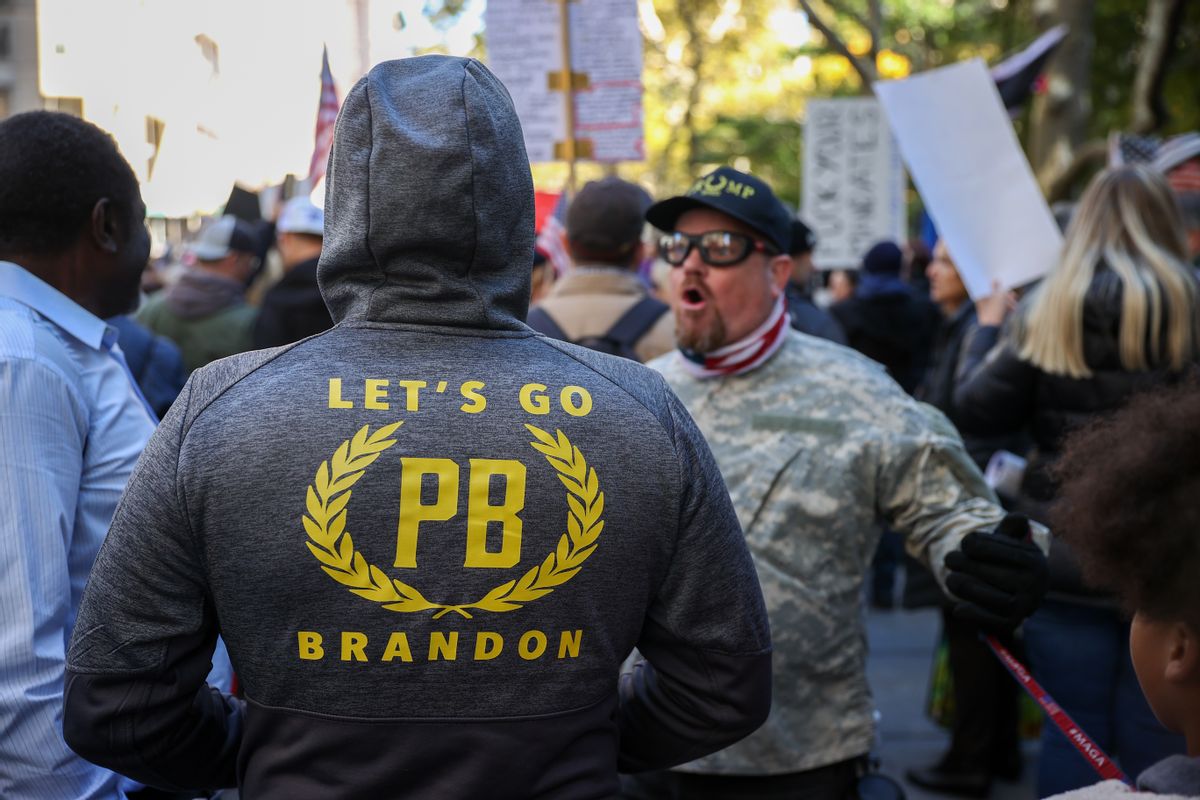 The march took place in the Village of Rockville Centre, on the South Shore in Nassau County.

"Members of the group marched down Sunrise Highway, waving American flags and 'Don't Tread on Me' flags and playing music from the back of a pickup truck," Newsday reports. "Some store owners appeared surprised and alarmed by the demonstration, while diners expressed concerns about the group coming to the community."

Judy Griffin, a Democrat who represents Long Island in the New York State Assembly, said the Proud Boys did not have permits for the march and didn't give the village notice about it, adding that the event seemed intended to disrupt Small Business Saturday.

"They're a divisive group of hate and violence," Griffin said. "They don't have any place here. I'm all for freedom of speech, but this group doesn't have a very good track record and seem to come to communities to incite problems and polarize."

RELATED: Gavin McInnes and the Proud Boys: Defending themselves, or spoiling for a fight?

Democratic state Sen. Todd Kaminsky posted video from the march on Twitter, writing: "The Neo-fascist Proud Boys marched through Rockville Centre today, close to my office. I think the latest elections emboldened them-I don't remember this happening before. I will not be silent. Their hatred has no place here-this is not the Nassau I know. Who else will speak up?"

Rockville Centre Mayor Francis X. Murray, a Republican, told Newsday he didn't know who the Proud Boys were, and declined to comment on the march.