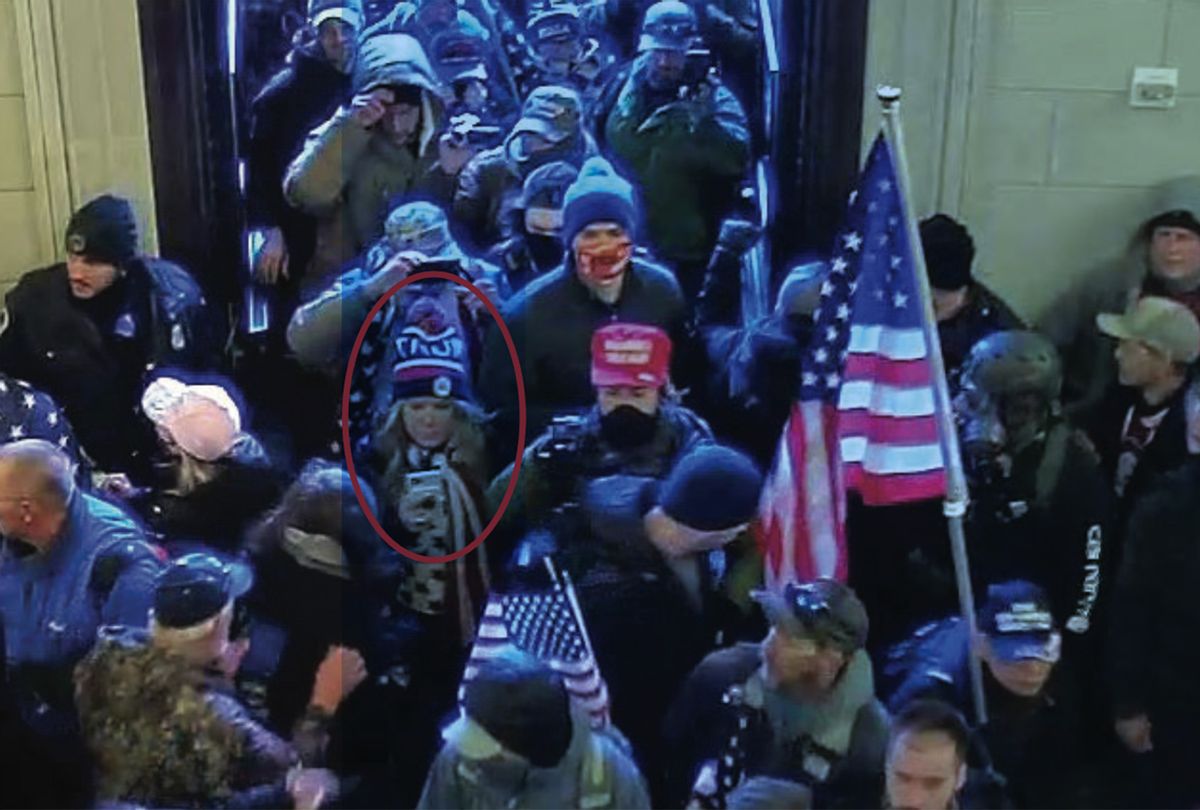 Jenna Ryan, of Frisco, Texas, amid a crowd of rioters entering the U.S. Capitol Building on Jan. 6, 2021. (Department of Justice)
--

A 26-year-old California man is facing federal charges over his participation in the riot at the U.S. Capitol on Jan. 6, The Orange County Register reports.

Edward Badalian and Daniel Rodriguez are facing charges that include conspiracy, obstruction, entering a restricted building and theft and destruction of government property.

In a group chat they created on Telegram, Badalian and Rodriguez encouraged others to attend the Jan. 6 "Stop the Steal" rally that preceded the Capitol riot. In one message, Badalian allegedly wrote "we need to violently remove traitors and if they are in key position rapidly replace them with able-bodied patriots."

Prosecutors say the Telegram chat group was used to "advocate violence against certain groups and individuals" who "supported" the results of the 2020 presidential election.

During the riot, prosecutors allege that Rodriguez threw a flagpole at police, set off a fire extinguisher toward them, and then used a "small, black electroshock weapon" on the back of an officer's neck.

In the days after the riot, Badalian appeared on the right-wing InfoWars program using the pseudonym "Turbo" to discuss video footage that allegedly showed him fighting someone he claimed to be "Antifa" who was disguised as a Trump supporter.

Later in during the call-in program, another person discussing the same video footage referred to him as "Ed" instead of "Turbo." Prosecutors say Badalian and Rodgriguez later went to the home of the person who blurted out Badalian's first name and warned them against using his actual name when discussing the riot. They also told the person to delete photos that showed them participating in the riot.

As it turns out, the person who mistakenly said Badalian's first name was salon owner Gina Bisignano, 52, who went viral for spewing homophobic slurs and other hateful rhetoric during an anti-lockdown protest back in December of last year. She was also arrested for participating in the Capitol riot.