The Republican Party has become a party of violence 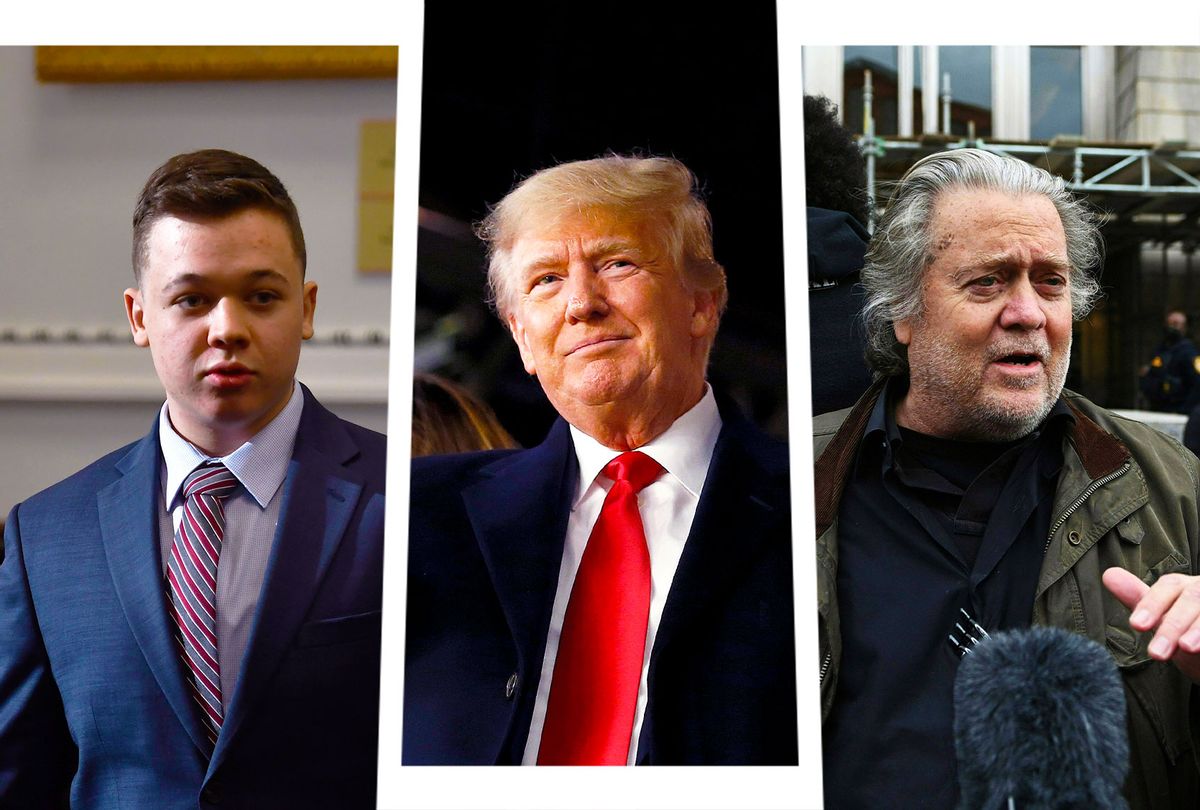 The case of Kyle Rittenhouse, acquitted in the 2020 murders of two men amid chaos on the streets of Kenosha, Wisconsin, is ominous for the peaceful resolution of political disagreements. The sense of menace arises less from the utterly misguided 17-year-old shooter, or his complete escape from justice, than from the celebration by Republicans and "conservatives" of Rittenhouse and even of the killings he perpetrated.

This telling moment heightens the feeling of apprehension provoked by recurring threats and incidents of actual violence emanating from the far right and then justified, usually with indignant enthusiasm, by Republican elected officials at the highest level. The anger and hatred that have long simmered within that party are rapidly devolving into homicidal rage.

Consider the matter of Rep. Paul Gosar, R-Ariz., who posted a video that depicted him murdering his colleague Rep. Alexandria Ocasio-Cortez, D-N.Y., and attempting to kill President Joe Biden with swords. Gosar's fantasy bloodbath resulted in his censure. (This offensive cartoon wasn't even original, ripping off an identical 2016 meme that showed "Donald Trump" attacking "Hillary Clinton.")

While Gosar's own siblings warn that he is mentally ill, their diagnosis doesn't excuse him, or Republicans who voted to shield him from censure. No public official in this country is entitled to promote deadly mayhem against his or her opponents, even as "symbolism" or "humor," without being held accountable.

All but two House Republicans voted to excuse Gosar's glorification of political violence. House Minority Leader Kevin McCarthy remained silent for several days, until he finally issued a weak statement claiming that he had spoken with Gosar, who "took the video down and made a statement that he doesn't support violence to anybody."

Not only did McCarthy fail to utter a word condemning Gosar's behavior, but he promised the day after the censure vote that if Republicans win the House majority next year, both Gosar and Rep. Marjorie Taylor Greene, another apostle of barbarism, on the lookout for Jewish space lasers, will be restored to the committee seats forfeited by their gross misconduct. "They may have better committee assignments," said McCarthy.

With his courting of white nationalists and adoption of neo-Nazi symbols, Gosar is a figure whose extremism would have embarrassed Republican leaders not so long ago. Only two years ago, in fact, McCarthy was sufficiently shamed by the actions of Rep. Steve King, the Iowa Republican who openly sympathized with neo-Nazis, that he stripped King of committee rank almost as soon as he succeeded Paul Ryan as Republican leader in January 2019. He basked in the praise of those who had excoriated Ryan for ignoring King's appalling record, which McCarthy gladly then described as "reckless ... wrong ... and nothing associated with America."

What has changed in the past few years is the accelerating acceptance of violence among Republicans since the defeat of former President Donald Trump and his encouragement of sedition and insurrection by his followers, who now form the Republican Party's boiling base. For McCarthy, it is no longer possible to act with decency and principle against the neo-fascist element in his caucus if he ever wants to be speaker of the House.

That is why the minority leader, at first humiliated and infuriated by Trump's instigation of the Capitol riot, has refused to cooperate in the Congressional investigation of that grim and terrifying day. McCarthy is a leader only in one respect: he leads in Republican cowardice.

The signals of peril flash constantly: At a public event in Idaho, where a man asked when he could "kill these people," meaning Democrats, and was applauded loudly; at school board meetings across the country, where "concerned parents" threaten to murder public officials and their families; at the homes of election officials who answer the phone at night and hear obscenely menacing words.

Far worse than the hateful conduct of the Republican rabble, however, is the justification of it by Republican officialdom — and their attacks on officials who seek to investigate and discourage those threats. They have in the front of their minds the example of Mike Pence, the former vice president whose execution by a ravening mob chanting "Hang Mike Pence!" seemed entirely possible on January 6 — and the recent remarks by Pence's old boss, who justified the cries to hang him by his beloved mob as "common sense."

When political violence becomes the new normal, it will come for them too. But that's what accounts for Kevin McCarthy's cowardice. For all the bluster and the filibuster, he's sweating with fear. So, trying to protect himself, he joins the mob. It is a familiar story that never ends well.