Dr. Oz is officially running for U.S. Senate in Pennsylvania 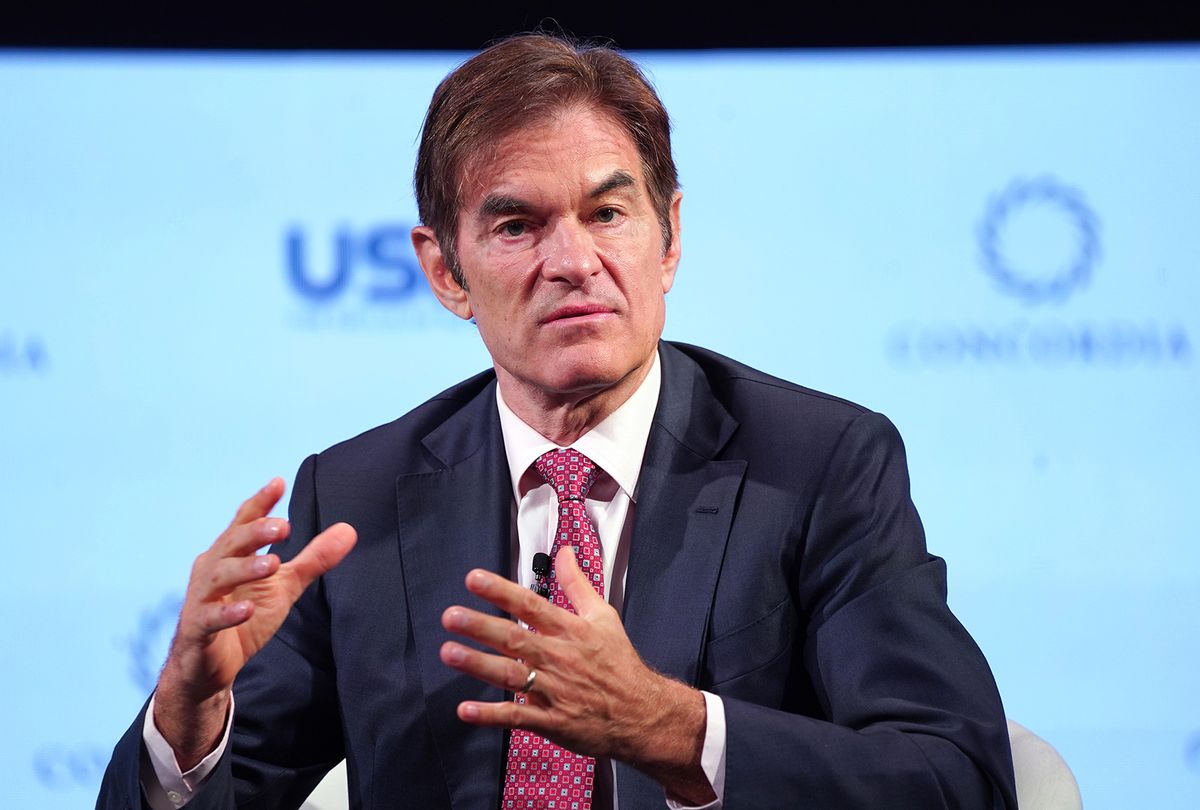 Dr. Oz is officially running for U.S. Senate in Pennsylvania as a Republican.

The announcement comes on the heels of fellow candidate Sean Parnell's departure from the field following allegations of domestic abuse against his wife and three children. Former President Donald Trump had endorsed Parnell prior to the scandal, and it's unclear who he will back now — if anyone.

Dr. Oz first shared the news of his upcoming Senate bid in an op-ed for the conservative Washington Examiner Wednesday, writing:

"We are angry at our government and at each other... We have not managed our crises as effectively as past generations."

"During the pandemic, I learned that when you mix politics and medicine, you get politics instead of solutions. That's why I am running for the U.S. Senate: to help fix the problems and to help us heal."

"Over 750,000 in the United States have died from the virus, a devastating toll for families and communities… Many of those deaths were preventable. COVID-19 became an excuse for the government and elite thinkers who controlled the means of communication to suspend debate. Dissenting opinions from leading scholars were ridiculed and canceled so their ideas could not be disseminated. Instead, the government mandated policies that caused unnecessary suffering. The public was patronized and misled instead of empowered."

Dr. Oz has came under fire over the past year for promoting unproven COVID-19 treatments, including hydroxychloroquine, as well as fighting against preventative public health measures like lockdowns and vaccine mandates.

"Washington got it wrong," he said in a video announcing his candidacy. "They took away our freedom without making us safer," he added.

It's not Dr. Oz' first brush with controversial medical opinions — he testified at a Senate hearing in 2014 over alleged "deceptive advertising" of so-called "miracle" weight loss drugs, like green coffee extract and the "fat-burning magic" of raspberry ketone, that appeared on his daytime talk show, "The Dr Oz Show."

At that hearing, former Sen. Claire McCaskill made headlines when she told Dr. Oz that "the scientific community is almost monolithic against you."

Some locals have also questioned Dr. Oz' ties to the state of Pennsylvania. He is a long-time resident of Cliffside Park, New Jersey and only changed his voter registration late last year — to his in-law's house in Bryn Athyn, Pennsylvania. The residence is still listed as Dr. Oz' home address on his website.

More on the burgeoning U.S. movement toward celebrity politicians: