"Opportunity and success in Georgia shouldn't be determinde by your ZIP code, background or access to power" 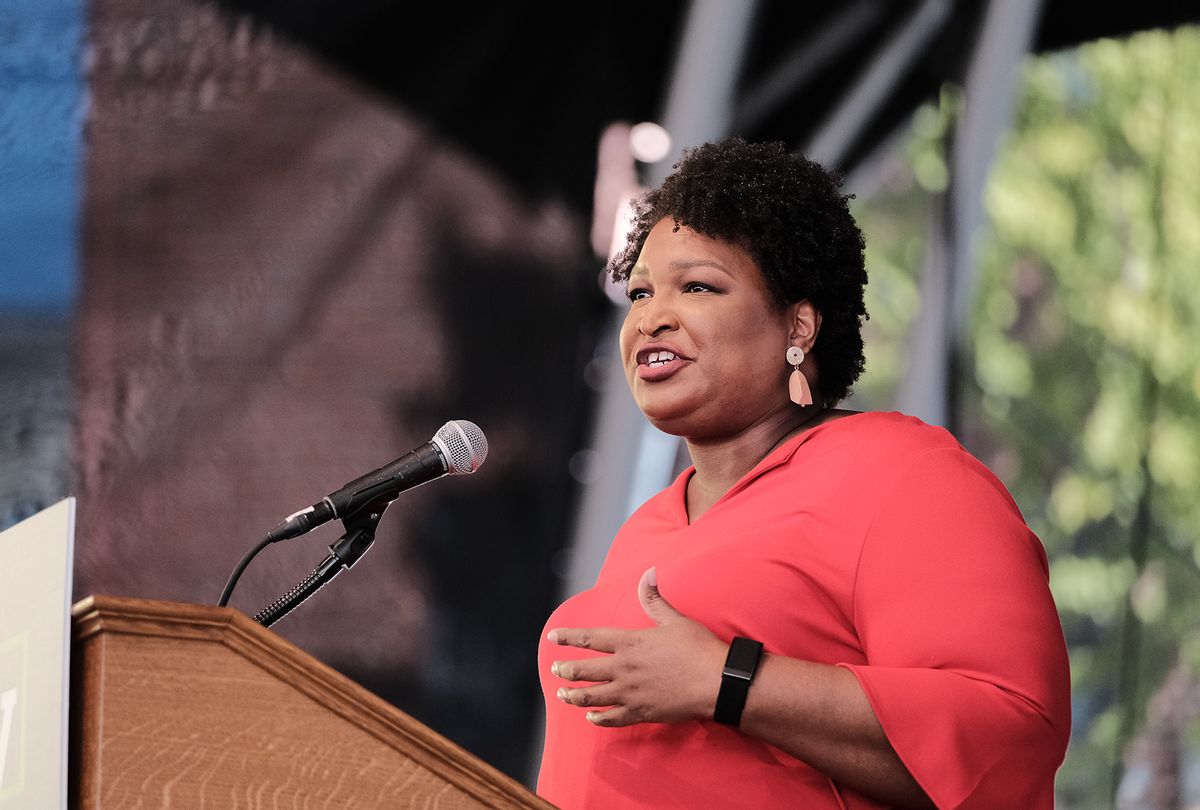 The Democrat, who has been propelled to household name status as the face of a nationwide movement to safeguard voting rights in the face of a right-wing assault on ballot access, is eyeing a potential rematch against the state's current Gov. Brian Kemp after narrowly losing the last gubernatorial race to him in 2018.

She announced her bid in a brief video posted to Twitter Wednesday, outlining her work on Georgia's electoral system and the state's COVID-19 vaccine campaign, among other things.

"Opportunity and success in Georgia shouldn't be determinde by your ZIP code, background or access to power," she said.

If Adams were to win the race, it would make her the first Black woman governor in U.S. history — in a state that has become in recent years one of the country's foremost electoral battlegrounds. She lost by just over 1% of the vote in 2018, and even refused to concede after decrying what she called an "erosion" of voting rights in Georgia.

Democratic insiders have long expected Abrams to run again, setting up a grudge match against the two bitter rivals. But Kemp also faces a crowded primary field and a high-profile opponent in former President Donald Trump, who tangled with the governor after he refused to overturn his state's 2020 election results. Trump and his allies have since vowed to seek revenge — he even went so far as to suggest at a rally earlier this year that he may prefer Abrams to Kemp.

This will make it difficult for the governor to hold his position as the presumptive nominee. Rumors have been circulating for months that former U.S. Sen. David Perdue is considering a challenge against Kemp, a bid that Trump is likely to support, according to the Atlanta Journal Constitution. Others have attempted to stake their claim as the pre-eminent pro-Trump Republican candidates, including a former state representative named Vernon Jones.

Still, what's shaping up to be a competitive primary hasn't stopped Kemp — or any of the other potential candidates, for that matter — from talking about Abrams ad nauseum. Many pundits have observed that, even before Abrams announced her candidacy, Republicans in the state already acted as if she were their general election opponent.

"Never underestimate the unifying power Stacey Abrams can bring to Republicans in Georgia," Stephen Lawson, a veteran Republican strategist based in Georgia, told the Journal-Constitution.