Georgia GOP outraged Trump turned against Brian Kemp: 'I am just so mad — beyond words" 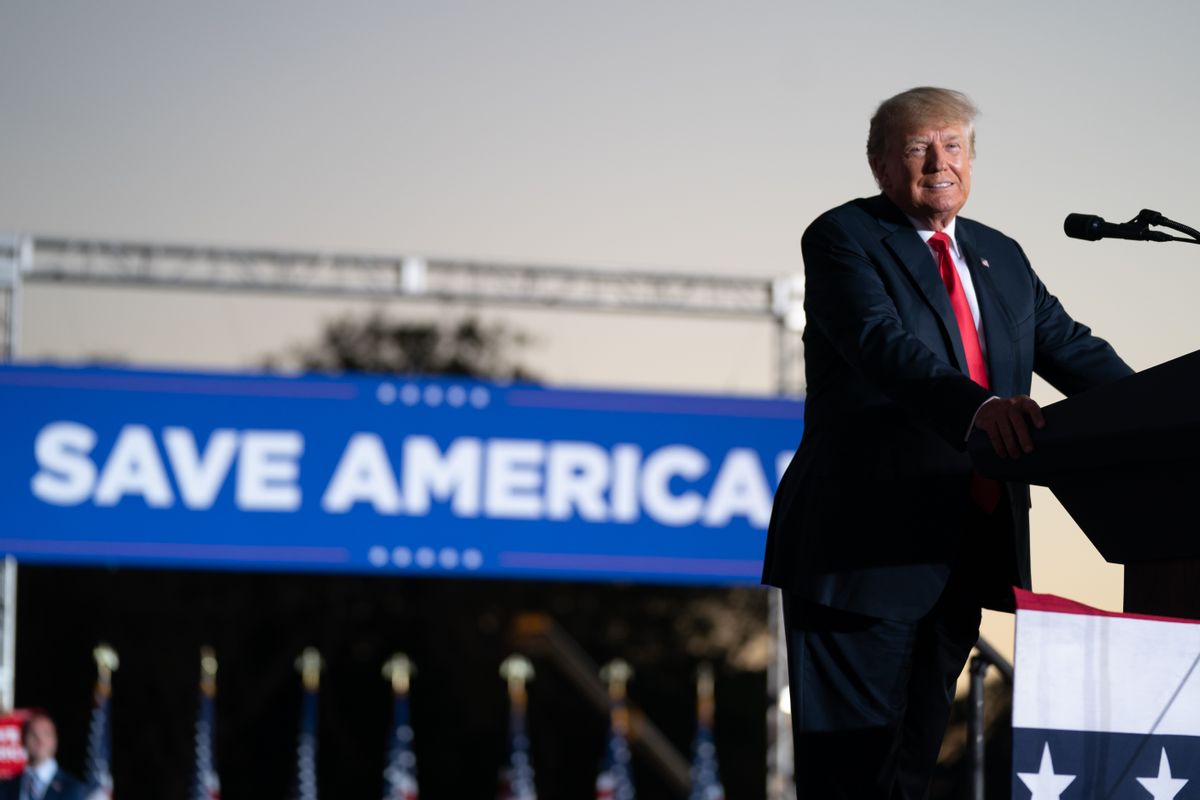 Republicans in Georgia are worried that Democrats may win the governor's mansion during the 2022 midterms after Donald Trump blasted GOP Gov. Brian Kemp during a Saturday night campaign rally.'

Trump did not just tear down Kemp, he also spoke kindly of Democrat Stacey Abrams, who narrowly lost to Kemp in 2018 and is widely expected to mount a rematch.

"Of course, having [Abrams] I think might be better than having your existing governor," Trump said. "Might, very well, be better."

"Stacey, would you like to take his place?" Trump asked. "It's okay with me."

It is highly unusual for a former president to trash a member of his own party running for re-election.

"Former President Donald Trump returned to Georgia on Saturday to showcase a trio of loyalists he's endorsed in 2022 elections, deepening an internal rift among state Republicans that helped fuel upset Democratic victories in the last election cycle," Greg Bluestein reported for The Atlanta Journal-Constitution. "The visit only sharpened the division within a state GOP reeling from losses in November's presidential race and the Democratic sweep of U.S. Senate runoffs that flipped control of the chamber."

Trump continued to push his "Big Lie" of election fraud in the state, which may have depressed GOP turnout in the Senate runoff elections enough to allow the Democratic Party sweep.

He also reported text messages he was receiving from Republican officials, one of who described the rally as "a sh*t show."