Far from evil, viruses have driven — and even helped — human evolution

From moving useful genes between species to protecting us against bacteria, we owe our existence to viruses 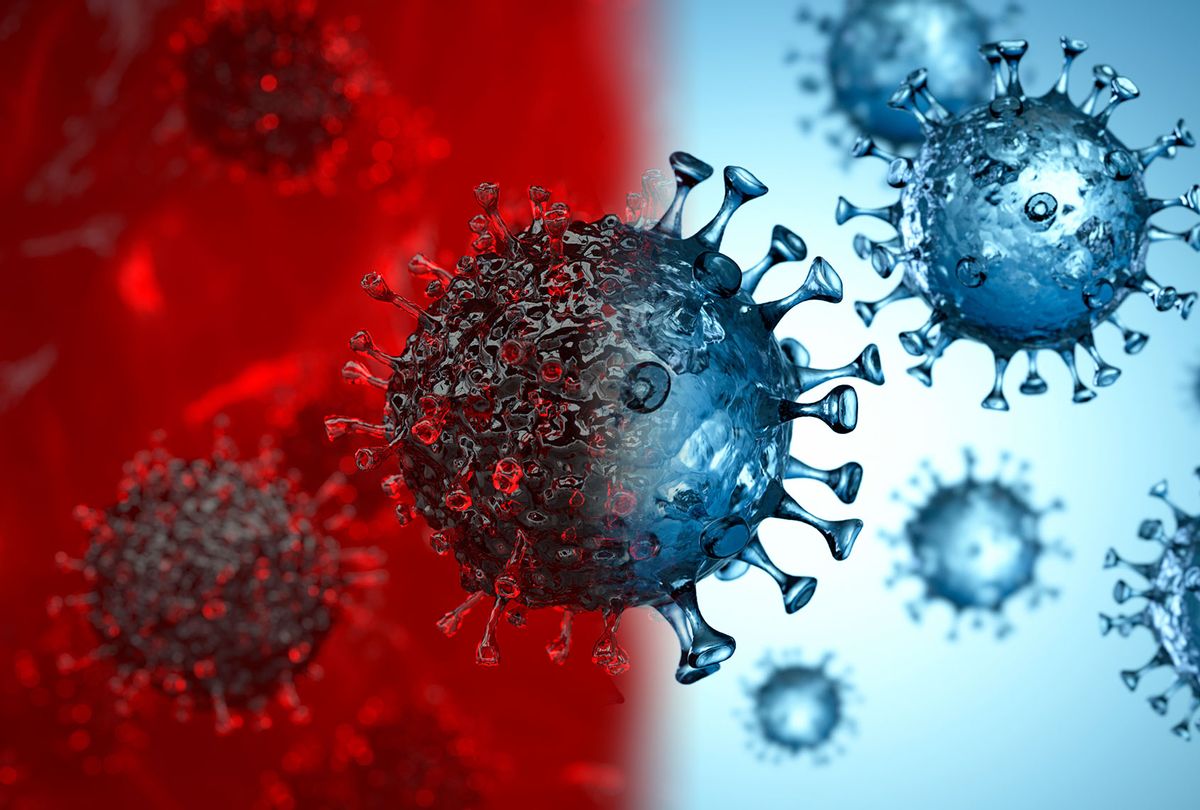 The word "virus" has largely negative connotations. We fear our bodies, or our computers, being infected with viruses; they are, generally, invisible objects to be feared, even obsessed over. Many avid news-readers have, amid the pandemic, become armchair virologists, and the subject of how a virus (primarily, the coronavirus) lives and dies has become everyday conversation.

But while viruses might seem antithetical to life — and something to avoid — the history of life on Earth does not agree. Indeed, the history of life and the history of viruses are deeply intertwined, such that viruses have helped many animals along their path in the tree of life — including humans. Even today, viruses may be intrinsic to evolution, helping survival genes move between very different lifeforms in subtle ways that scientists are only beginning to understand.

That suggests that our ideas about viruses as deadly, or pure evil, might be misguided.

The junk we left behind

The popular conception of viruses likens them to unwanted visitors: they arrive, they spread, they do their dirty work in your body before being evicted by the immune system, and the body returns to its pre-viral state.

To understand why requires some background knowledge. When viruses invade one's cells, they divert one's DNA from its main purpose of being a factory blueprint of their host. Since each virus' mission is to force one's cells to create more versions of themselves, they will add their own gene sequences as necessary — like a con man covertly running a side business in his boss's factory.

While a normal crook would generally cover up such a crime, viruses have no disincentive to leaving those gene sequences behind in our cells. And if those cells are, by chance, used in reproduction (such a man's sperm or a woman's ovum), the genes will be passed on to future generations, despite serving no ostensible purpose.

This type of so-called "junk DNA" has an official label: endogenous viral elements (EVEs). Roughly 8 percent of the human genome is comprised of EVEs, etched into our biological schematics like pencil lines in an errant sketch that never got erased. By contrast, more than 98 percent of our overall genome is considered "junk" on the grounds that the DNA does not make proteins; all of these forms of junk DNA are known as transposons.

While scientists have only begun to scratch the surface of how these codes have influenced our lives, the early research raises intriguing possibilities. Researchers have found that 80 percent of our DNA (including, of course, most of the junk DNA) serves some sort of function, from regulating how DNA is transcribed and translated into proteins to getting transcribed themselves as RNA. In other words, this leftover "junk" is actually useful.

A study last month by scientists at the University of California–Berkeley explored how virus junk in mice DNA guides the animals in processes like embryo implantation and cell proliferation. That study suggested that the virus-based transposon has been "broadly repurposed" by other mammals including humans. Other researchers have argued that there are specific transposons (which have mysterious origins and thus may or may not be viral) that are responsible for the development of the uterus and our opposable thumbs. The end result of all this is that the "junk DNA" can actually help animals develop important biological traits.

In March, geneticists learned that two species of fish whose ancestors diverged more than 250 million years ago both have a near-identical gene sequence. That gene — which appeared in Atlantic herring and smelt — helps these fish, who live in very cold water, stop from freezing; specifically, it codes for anti-freezing proteins so that ice crystals won't form in their flesh and blood.

This was a puzzling finding. Many fish have independently evolved anti-freezing proteins; that alone isn't unusual. But the genetic code for the adaptation was near-identical — in two fish that diverged 250 million years ago.

Something wasn't adding up.

The answer, scientists believe, lies in something called horizontal gene transfer: the idea that somehow, something moved one fish's genes to the other, and with them the helpful adaptation.

How could this happen? Divergent animals can't just swap DNA in such a science-fictional manner. The answer, it turns out, has to do with viruses.

As researchers wrote in a 2020 article for the Journal of Virology, horizontal gene transfer — or the transportation of genetic material between organisms in a manner other than reproduction — does not commonly occur directly between viruses and their host cells save for a handful of exceptions (retroviruses, some DNA viruses). That said, viruses may leave fragments of other animals' DNA in our own cells as they go about their dirty work. For example, public genome databases for a number of organisms reveal many homologs (or a gene that exists in two species through a common ancestor) between genes from certain viruses and the genomes of a number of more complex organisms. The authors believe this suggests a world in which double-stranded RNA viral genes are regularly transferred horizontally among organisms, meaning, in turn, that RNA viruses likely play a major role in evolution.

Does this happen in humans? Almost certainly. The human genome is complex, and not fully understood yet. But biologists who study horizontal gene transfer see it happening all the time in nature, though it is not always easy to spot. That suggests it probably happens in humans, too. Moreover, older examples of horizontal gene transfer may be harder to pick out from the genome given all the mutations that have happened in intervening years.

Viruses aren't alone in transferring genetic material to unwitting organisms. In 2016, French scientists discovered that a bacteria known as Wolbachia had managed to integrate itself directly onto the genome of a humble species of pillbug, and did so in a way that effectively created a new sex chromosome. As a result, roughly 60% to 70% of the pillbug births in that community had been biologically female, a wildly disproportionate rate in terms of species survival. Some evolutionary biologists argue that horizontal gene transfer could have been used to drive biological transformation in ways that we are only beginning to understand.

In 2016, evolutionary biologist David Enard wrote that 30 percent of all humans' protein adaptations since they diverged from chimpanzees may have been driven by viruses.

"This constant battle with viruses has shaped us in every aspect — not just the few proteins that fight infections, but everything,"  Enard wrote, adding that the revelation was "profound." He added that "all organisms have been living with viruses for billions of years; this work shows that those interactions have affected every part of the cell."

The average human body has 30 trillion cells — but is home to 380 trillion viruses.

Indeed, there are 10 times more viruses on or in your body than there are bacteria, meaning we are literally covered in the microorganisms. Known as the virome, this ecosystem of viruses that pervades your very being should not be perceived as automatically hostile. In fact, your virome is so specific to you — a reflection on everything you have done, everywhere you have been and every substance with which you have interacted — that scientists can determine who you live with based on your virome's distinct traits. Most of these viruses do not harm us, obviously, because many view us as nothing more than a comfortable place to hunt the other organisms that reside in our flesh.

In other words, not all viruses that live in us are trying to infect us. Many of them prey on other microorganisms that have made our body their home. That means that, in an odd way, they are surprise visitors who have come unbidden who, in many cases, are helping protect you.

Take bacteriophages. Bacteriophages are viruses that infect bacteria cells, and there are countless bacteriophages inside our bodies who leave our own cells alone so they can stalk their real prey. The bacteria they infect might emerge from their ordeal stronger against our immune system than they were before; they could also wind up dead. Because bacteriophages often line the mucosal membranes of humans' stomach, intestines, nose and throat, they in theory may protect us from diseases by killing bacteria that comes toward those organs. Some doctors believe these types of viruses could be used to develop new medicines.

We're not living in an era in which viruses get much good PR. That's understandable: coronaviruses, and pretty much all of the viruses we vaccinate again, are irredeemably bad for human health.

Yet their brethren, the millions of other viruses in the virome that you rarely hear about, are often benign — even helpful. That speaks to a selection bias going on in the virus world: the communicable, disease-causing viruses get all the attention, while the harmless ones or even the helpful ones don't make themselves known.