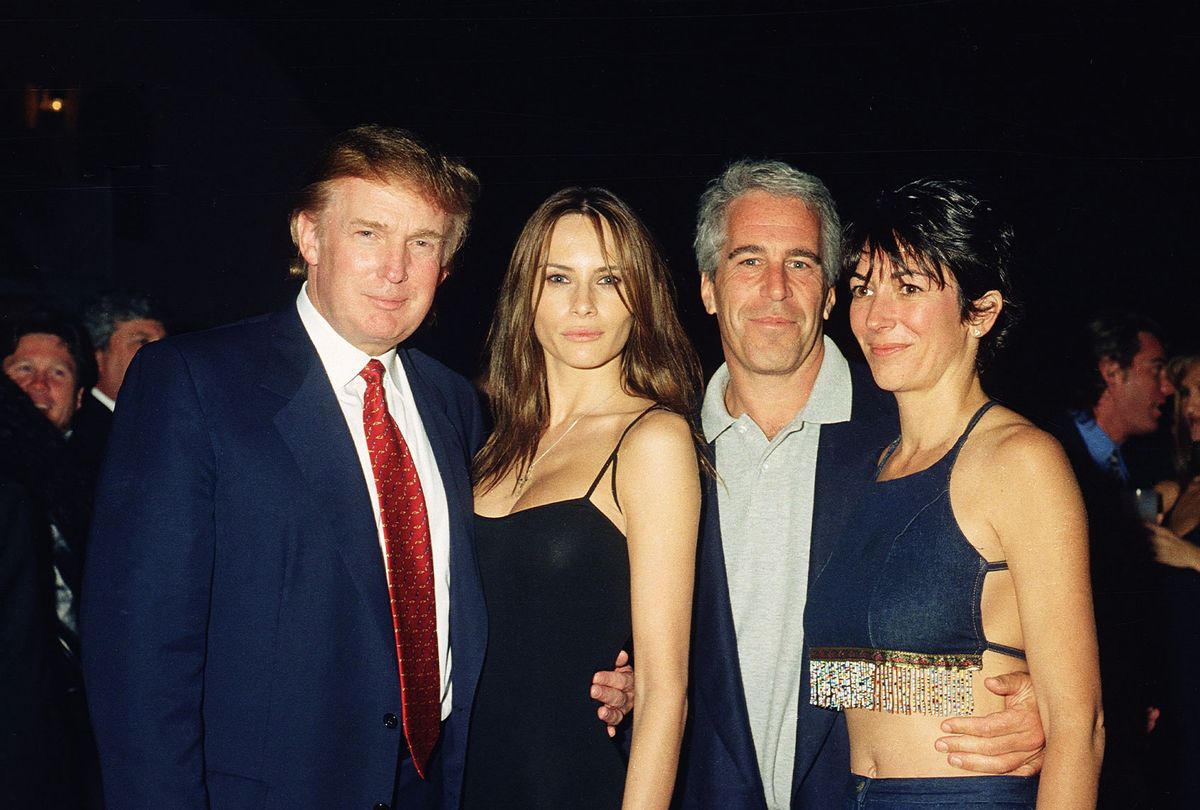 An alleged victim of the late hedge fund manager and sex criminal Jeffrey Epstein, who stood accused of running a teen sex trafficking ring with British socialite Ghislaine Maxwell, testified during Maxwell's trial that she was introduced to Donald Trump when she was fourteen.

Though the woman – testifying as "Jane" – alleged no improper conduct between herself and the former president, Jane confirmed Wednesday that she met Trump at his Mar-a-Lago resort in Palm Beach, Florida in the 1990s.

"[Epstein] took you to Mar-a-Lago when you were 14, you claim?" Lara Menninger, Maxwell's defense attorney, asked Jane.

Jane also spoke of being part of a Miss Teen USA beauty pageant at the time, an event directly associated with Trump. During the competition, Jane alleged, she wore a $2,000 dress bequeathed to her by Epstein.

Epstein died by apparent suicide in August in his jail cell shortly after he was arrested on charges of child sex trafficking. Epstein was known to have socialized with the likes of numerous high-profile business leaders and government officials, including Trump, former President Bill Clinton, Microsoft co-founder Bill Gates, and Prince Andrew, former-CEO of private equity Leon Black, and billionaire Leslie Wexner.

Maxwell, who has been accused of recruiting scores of teen girls into Epstein's inner circle, has vehemently denied criminal wrongdoing.

Jane further alleged on Tuesday that she was sexually abused by Epstein on multiple occasions in his Palm Beach residence. She also noted that others, including Maxwell, directly participated in sexual encounters with her.

Maxwell's defense has largely sought to undermine Jane's recollection of her timeline with Epstein in order to cast doubt on whether Maxwell was present in the abuse. For instance, during the trial, Menninger referred the judge to a previous claim Jane made about Epstein flying her out to see a Broadway production The Lion King in 1994. The show, however, did not open until three years later.

"My timeline was wrong," Jane said.

That same day in trial, Epstein's pilot, Larry Visoski, made testimony to the court with added insight into both Maxwell and Jane's alleged relationship with Epstein.

Visoki described Maxwell as the late financier's "number two," adding that she was "go-to person to handle everything else that was not business related." The pilot also alleged that Eptstein introduced Jane to him on a plane set for Palm Beach back in the 1990s.

RELATED: Fox News edits Trump out of photo with Jeffrey Epstein and Ghislaine Maxwell — but not Melania