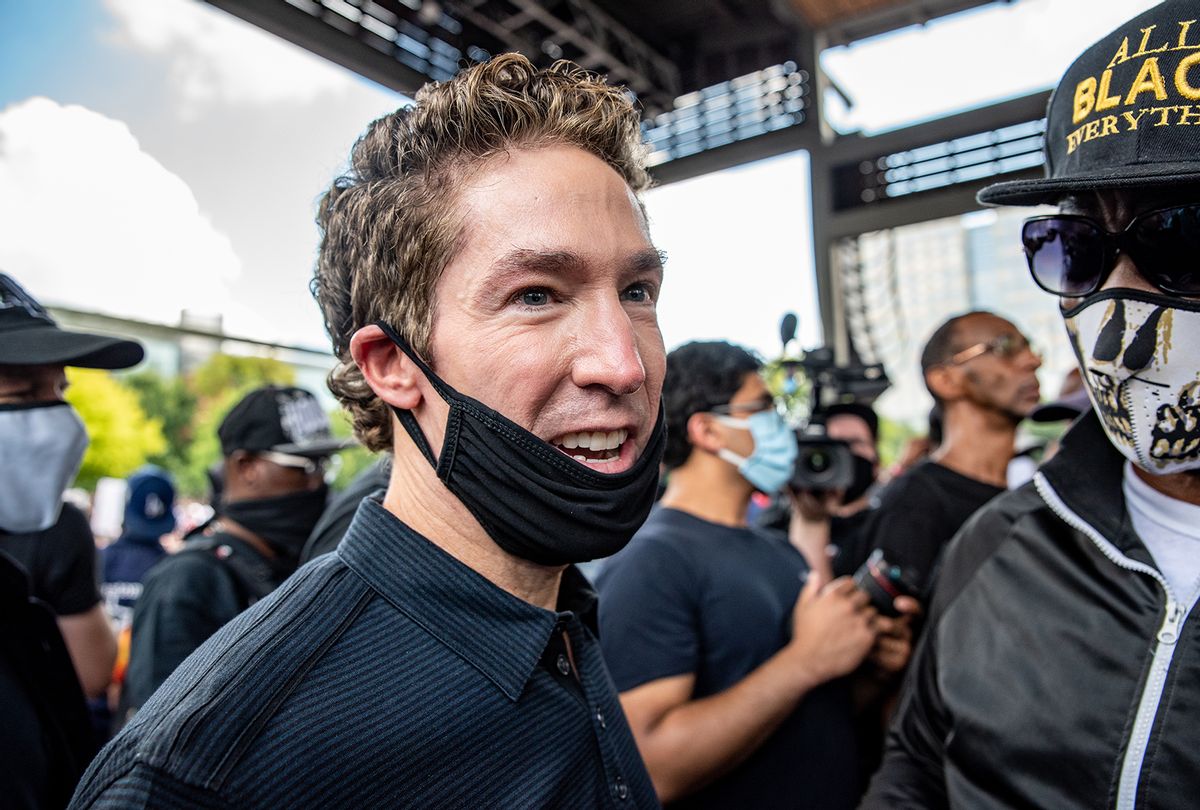 Pastor Joel Osteen arrives before a march in honor of George Floyd on June 2, 2020 in Houston, Texas. (Sergio Flores/Getty Images)
--

A plumbing repair at televangelist Joel Osteen's megachurch in Houston reportedly led to the discovery of "bags and bags" of cash and checks in a bathroom wall.

The discovery came several years after someone stole $600,000 in cash and checks from a safe at Osteen's Lakewood Church, according to a report from KRPC Channel 2. The station suggested that whoever stole the money in 2014 may have been hidden it in the bathroom wall.

A plumber named Justin, who works for a large contractor, told the station he got a call about a loose toilet at the church on Nov. 10.

"Justin said he started working on the toilet and had to remove the tile and insulation," the station reports. "Once he removed the insulation, he discovered about 3,000 envelopes full of checks. Some had cash in it. Justin said he called the church's maintenance supervisor and had to stay at the church for almost seven hours."

Houston police investigators later questioned Justin and removed the rest of the wall, discovering "bags and bags" of money and checks.

"Justin said the church or HPD never thanked him or reached out to him about $25,000 reward money," the station reported, referring to the reward that was offered following the 2014 theft. "Justin said he even called Crime Stoppers about reward money, but never heard back. He even tried reaching out to Joel Osteen but hasn't heard back."

A representative from the church confirmed the discovery in a statement.

"Recently, while repair work was being done at Lakewood Church, an undisclosed amount of cash and checks were found," the church representative said. "Lakewood immediately notified the Houston Police Department and is assisting them with their investigation. Lakewood has no further comment at this time."

In 2014, Houston police said $200,000 in cash and $400,000 worth of checks were stolen from a safe at the church. At the time, the church said the stolen money represented funds that were contributed during one weekend of services.