He also compared the Capitol rioters to civil rights heroes: "This is like a Rosa Parks, like MLK moment for me" 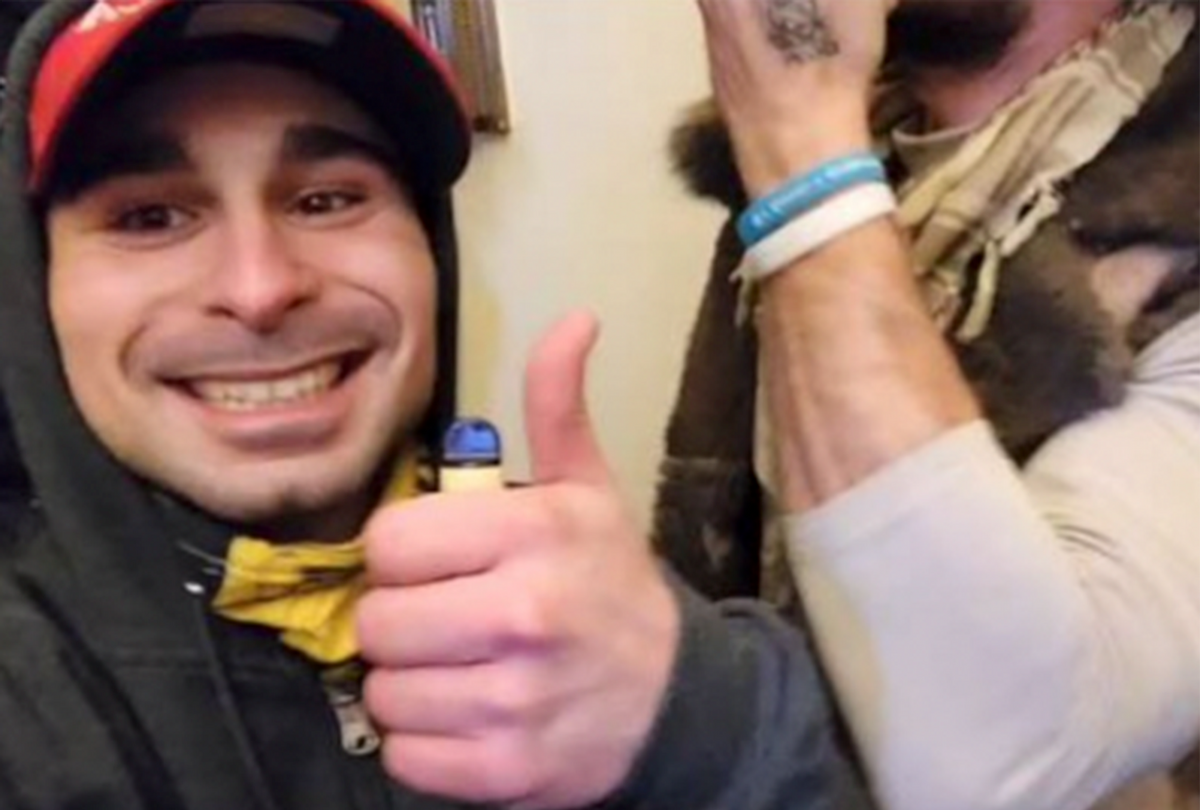 Capitol rioter Felipe Marquez, who told authorities he was "in the bathroom pooping when the violence occurred." (Department of Justice)
--

A Capitol rioter who drove his Tesla Model 3 from Miami to Washington before participating in the Jan. 6 insurrection told FBI agents he was "in the bathroom pooping when the violence occurred."

Federal prosecutors are seeking a sentence of four months in jail for Felipe Marquez, who pleaded guilty in September to a misdemeanor charge of disorderly or disruptive conduct in a restricted building or grounds.

In a sentencing memo filed Thursday, prosecutors said they are seeking jail time for several reasons, including that Marquez "interfered with Capitol police officers trying to protect the building by repeatedly asking them for selfies and fist bumps," and spent 10 minutes with 20 other rioters inside the office of Democratic Oregon Sen. Jeff Merkley, which suffered substantial damage.

Marquez also carried a Glock firearm with him from Florida to D.C., although he told authorities he left it in his car during the insurrection.

Inside Merkley's office, Marquez used his cell phone to film the room, according to the sentencing memo.

"Marquez's own cell phone video captured other rioters smoking and yelling and banging on the table," the memo states. "Marquez then held his vape pen up to the camera, as if to capture the arrogance of the rioters (himself included) smoking in a senator's office during an Electoral College certification proceeding to formally elect the next President of the United States."

Marquez "evidently thought the whole experience was joyful and celebratory," according to prosecutors, and he later posted videos of himself inside the Capitol on Snapchat.

RELATED: Jan. 6 rioter starts sobbing in front of FBI agents when asked about Trump calling him to D.C.

During an interview with the FBI at the time of his arrest in January, Marquez said he traveled to the Captiol to protest "communism and prostitution." According to the sentencing memo, Marquez also stated, "I was in the bathroom pooping when the violence occurred," adding that he "didn't see any violence at all."

In a subsequent interview with CBS Miami, Marquez compared Capitol rioters to heroes from the African-American civil rights movement.

Marquez's attorneys are seeking a sentence of probation.