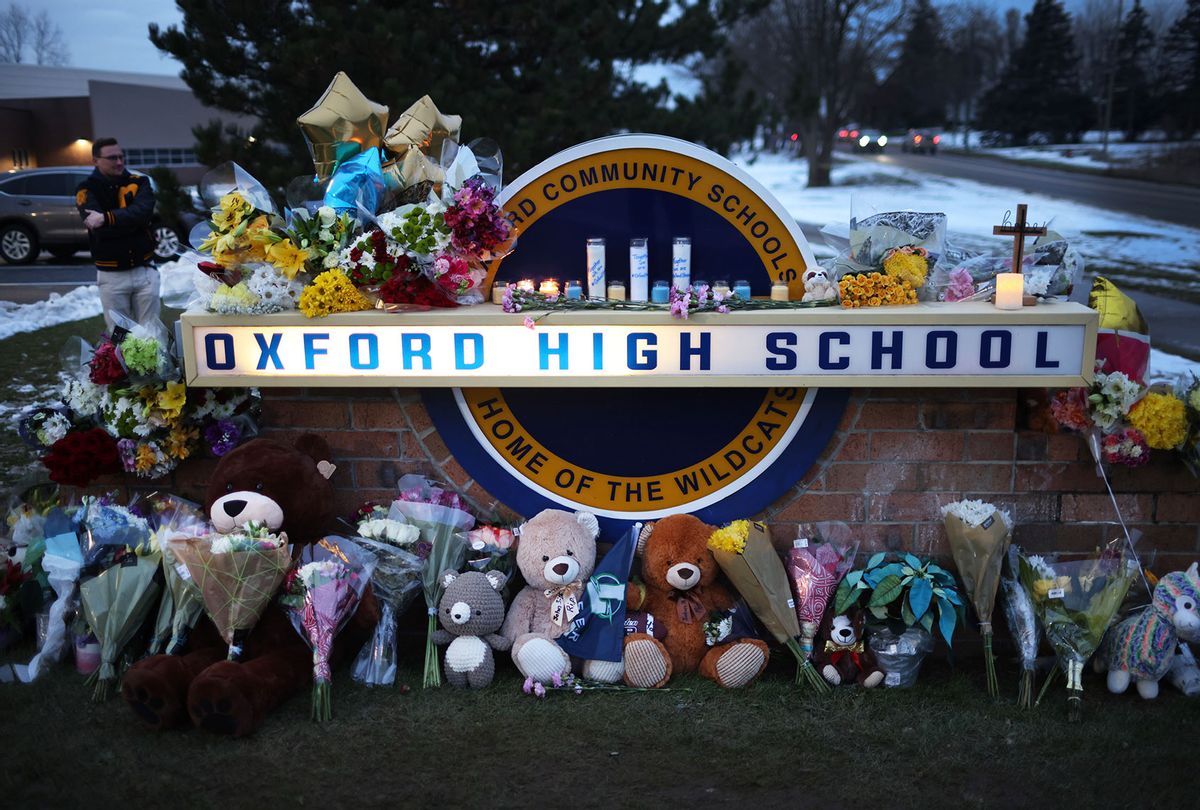 The parents of the accused Oxford High School shooter have been charged following an attack that left four students dead, and six other students and one teacher wounded.

Jennifer and James Crumbley, the parents of accused shooter Ethan Crumbley, have been charged with involuntary manslaughter following the shooting their son allegedly committed on November 30th.

In 2016, Jennifer Crumbley posted an open letter to then-President-elect Donald Trump thanking him for "protecting the right to bear arms," according to The Daily Beast. Law enforcement found that the gun used during Tuesday's shooting had been purchased by James Crumbley on Black Friday, only four days before the deadly shooting took place, and subsequently stored it in an unlocked drawer beside their bed.

The Crumbley's had been called into the school hours before the shooting took place to speak with school administrators about Ethan's behavior in class that they felt was "concerning." Two videos were found on his phone by law enforcement from the night before the shooting, where he discussed his plans to kill students the next day. One teacher saw Ethan searching ammunition on his phone, and contacted the parents. His mother, Jennifer, texted Ethan in response: "LOL. I'm not mad at you. You have to learn not to get caught."

The Crumbley's were described by other community members to The Daily Beast as parents that "did not really engage with other parents at the high school."

Ethan Crumbley has been charged as an adult, on charges including one count of terrorism, four counts of first-degree murder, seven counts of assault with intent to murder, and 12 counts of possession of a firearm. He has pleaded not guilty. He is due back in court on December 13th.

The four students that were killed were 16-year-old Tate Myre, who died attempting to stop the shooting, 14-year-old Hana St. Juliana, who played basketball for the Oxford High team, 17-year-old Madisyn Baldwin, who had three younger siblings she loved, and 17-year-old Justin Shilling, who was remembered by his family, who wrote that "We feel the world can't have too much of Justin."