If Roe is overturned, the right will have to keep upping the ante to keep their grassroots activists engaged 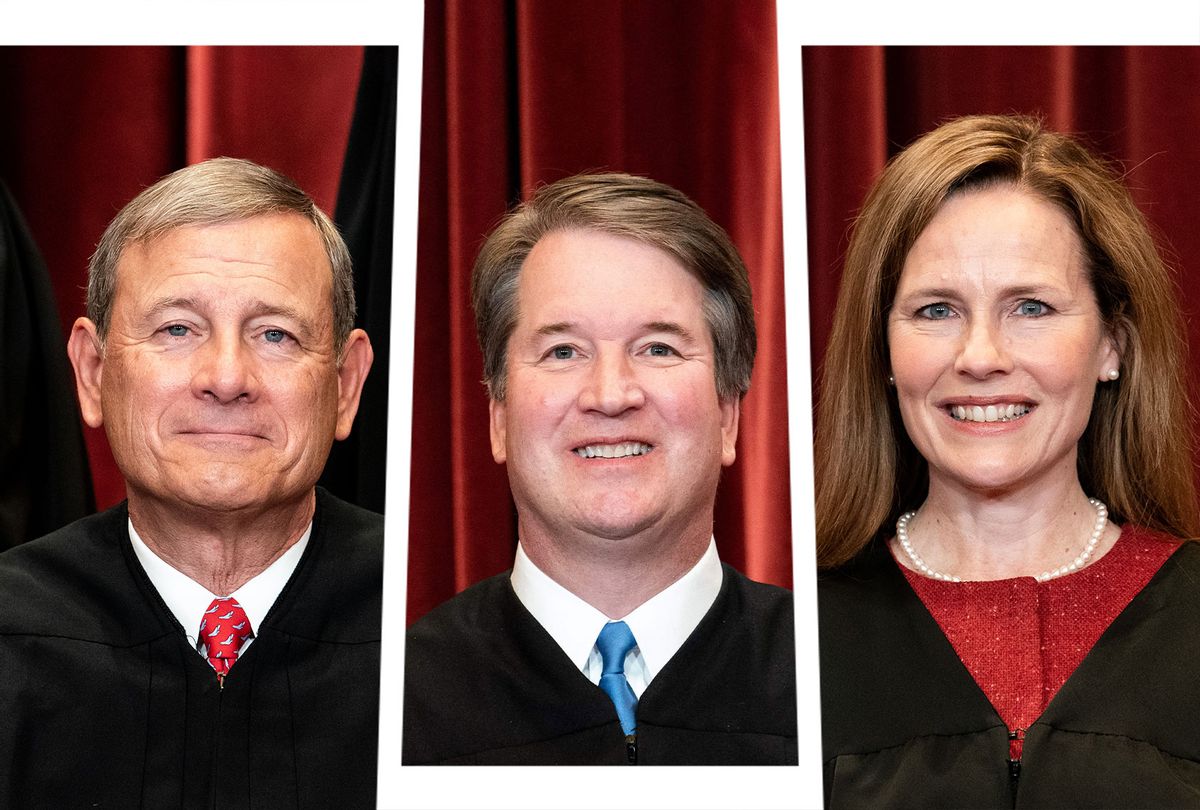 The arguments and questioning in this week's oral argument before the Supreme Court in the case of Dobbs v. Jackson Women's Health pretty decisively telegraphed that abortion rights in the United States really are on the chopping block. From the looks of it, the best case scenario will be a free-for-all among the states as to how little time they can give women to decide to have an abortion, and the worst case will be the full overturning of Roe vs Wade. If it is the latter, 17 states that already have laws on the books making abortion totally illegal and will be able to immediately enforce them. All other states run by Republicans will almost certainly follow.

The six conservative justices, three of whom were installed through the Machiavellian manipulations of the self-described Grim Reaper, then-Senate Majority Leader Mitch McConnell, didn't even attempt to hide the fact that their solemn insistence during their confirmation hearings that they considered Roe to be settled law was the joke we all knew it to be when they said it. They were downright smug about their deception.

The two newest justices, Brett Kavanaugh and Amy Coney Barrett, seemed especially pleased with themselves, with Kavanaugh fatuously claiming that overturning a constitutional right that's been in effect for half a century was actually an act of neutrality by the court. Barrett, meanwhile, piously insisted that women forced to endure pregnancy will lose little since they can easily give their children up for adoption these days. I'm sure it was all they could do to refrain from high-fiving each other on the bench. This dark day has been a long time coming.

There had been quite a bit of talk prior to the oral arguments that Chief Justice John Roberts was terribly concerned about the Court's legitimacy and that recent speeches by Justices Samuel Alito, Barrett and Stephen Breyer indicated some concern about their reputation and possible threats to the institution. Please. The conservatives on the court could not care less about their legitimacy, at least as defined by the general public, and we have known this since at least 2000 when they boldly intervened in the contested presidential election. At the time, the conservatives on the court (two of whom were appointed by the father of the GOP candidate) ruled on a partisan basis to hand George W. Bush the election. They are dancing with those who gave them their lifetime appointments and they have done so for at least the last 20 years.

But just in case any of them might lose their nerve, conservative activists are making it clear that the justices better stiffen their spines.

Last week, the Washington Post published an op-ed by former Attorney General Ed Meese in which he told the six conservative justices that the success or failure of the conservative legal movement of the past four decades rests on the Supreme Court conservatives' willingness to overturn this precedent:

Roe has stood for years as the prime example of disrespect to our Constitution's allocation of power and the proper judicial role. It has been the focus of criticism from judges and legal scholars including Robert H. Bork, Alexander Bickel, William H. Rehnquist and Antonin Scalia. And for good reason. To them and the legal movement they inspired, Roe's judicial supremacy misconceived the Constitution, ignored the lessons of history and encouraged unaccountable government...

There is a separate "law of abortion," as Roe's author, Justice Harry A. Blackmun, put it, that distorts or ignores ordinary legal rules so to preserve constitutionalized abortion. With that, many other areas of law — from free speech, religious liberty, voting laws, to mundane matters of civil procedure — have been turned into proxy wars over abortion, because Roe and Casey prevent the court from honestly confronting their lacking basis in the Constitution. In short, constitutionalized abortion epitomizes judicial supremacy because it rests on nothing else.

The fact that it saved the lives and futures of millions of people is simply irrelevant. It always has been.

Meese admits in his piece that the greatest disappointment of Ronald Reagan's presidency was the right's inability to overturn Roe v. Wade. But it was 1992's Planned Parenthood v. Casey that really galvanized the conservative legal movement and precipitated the strategy to pack the Supreme Court with right-wing radicals. Conservatives had thought they had it made with eight justices appointed by Republican presidents and one appointed by a Democrat who had dissented in Roe v. Wade. Instead, the court majority found a way to uphold the precedent and conservatives have never gotten over the betrayal.

So even after the very promising oral arguments this week, the right is keeping the pressure on — and in the process revealing just how blatantly political this all really is:

Those comments are actually hilariously hypocritical in light of their shrieking opposition to expanding the court or instituting term limits. But they are nothing if not shameless.

Abortion has long been a political bonanza for conservative politics and they are not going to want to give it up. If Roe is overturned there will immediately be a push to ban abortion nationally through some sort of "fetal personhood" doctrine and there will be attempts to cripple scientific advances by banning stem cell research, eliminating access to abortion medications and certain forms of birth control. Any states that might have exceptions for rape and incest will be challenged, restrictions on travel and laws against crossing state lines to obtain an abortion will be enacted. And at some point, they will have to consider punishment for women who obtain illegal abortions because that's where this inevitably leads. (Even Donald Trump instinctively understood that before they instructed him how to lie about it for general consumption.) The right has been organized around this issue for 40 years. If Roe is overturned, they will have to keep upping the ante to keep those grassroots activists engaged.

And if they can overturn a constitutional right that's been in place for 50 years, don't kid yourself; they're coming for marriage equality next. Ed Meese signaled that intention in his op-ed:

Dissenting in the same-sex marriage case, Obergefell v. Hodges, Justice Samuel A. Alito Jr., presciently warned about the consequences of imagining that the Constitution contains a right simply because some consider it desirable.

"A lesson that some will take from today's decision is that preaching about the proper method of interpreting the Constitution or the virtues of judicial self-restraint and humility cannot compete with the temptation to achieve what is viewed as a noble end by any practicable means," he wrote, joined by Justices Scalia and Clarence Thomas.

The idea that this group of hardcore judicial activists who are, as we speak, considering overturning gun safety laws throughout the country based upon a constitutional right to bear arms that was only decided in 2008, portray themselves to be neutral arbiters and practitioners of judicial self-restraint is insane. But here we are. The judicial revolution these people are preparing to wage is going to turn this country inside out.