In a patient-focused study, long-haulers describe suffering of "horrible tremors" months after COVID 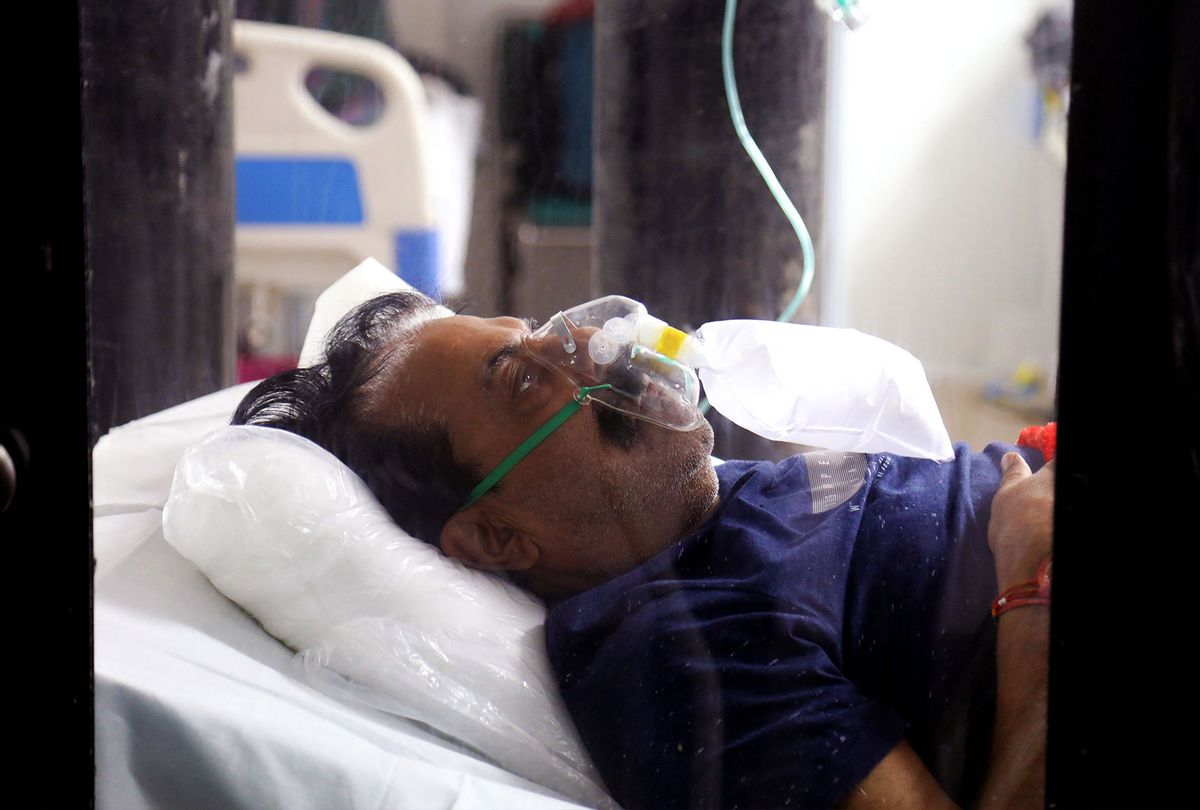 A new study of long Covid patients is shedding light on a combination of underreported symptoms, including Parkinson's-like tremors and internal vibrations, that are severely impacting the lives of those affected.

A research paper submitted to the journal MedRXiv on Friday aims to raise awareness of a condition that has yet to be defined in people who are still struggling with lingering symptoms months or years after their initial infection with COVID-19. The neologism "long Covid" is an informal term for what doctors call "post-Acute Sequelae of SARS-CoV-2 infection," or PASC; it defines to the condition in which those who previously had COVID-19, and no longer test positive, still have lingering symptoms.

The authors of the paper include Diana Berrent, who started Survivor Corps, a support group for those recovering from COVID-19. The paper includes first-person narratives of those who have developed tremors and vibrations while having long Covid.

"Now here at almost 8 months post covid, I have dealt with these horrible tremors daily," one participant in the study stated. "They are constant, they don't come and go. They are 24/7. I feel them more when I am still and resting or at night and early morning, or during naps."

This study was inspired by the suicide of Heidi Ferrer, a screenwriter and Survivor Corps member, who suffered from tremors and vibrations. Ferrer's husband, Nick Güthe, co-authored the paper and has worked with Survivor Corps to find other people dealing with the same symptoms.

"She [Ferrer] said it was like somebody inserting a cell phone into your chest and turning off the vibration function, but they have the ability to turn it on randomly at any point in the night," Güthe told Salon. "And so she really couldn't sleep, even with Ambien, and other sleep medications because the vibrations would wake her up and then it would take her hours to fall back to sleep."

Güthe said his hope is that the story of his wife, and of more long Covid patients suffering from the tremors and vibrations, is the "canary in the coal mine for American medicine."

Survivor Corps collected 140 emails and 450 Facebook comments from members of the support group to identify seven broad themes regarding people's experiences of the tremors and vibrations, including feeling them on their feet, hands or back. While there were some commonalities in experiences, there was much variety regarding the onset of these symptoms.

"Overall, these patient narratives described intense suffering, and there is still no diagnosis or treatment available," the authors of the study wrote.

Liza Fisher, a participant in the COVID-19 long-hauler study, was diagnosed with COVID-19 in July, 2020, when she was 36. Fisher was admitted to the intensive care unit and then a rehabilitation hospital, which is when she developed tremors and vibrations.

"I developed severe debilitating tremors and the internal vibrations that people speak of, and my tremors were very heavy Parkinsonian-like, they were my entire body," Fisher told Salon. "I had lost my ability to walk."

Over the last 17 months, Fisher has been looking for answers. Recently, doctors implanted a neuromodulation device in her spine, which has reduced the tremors.

Up to 10 percent of those who contract COVID-19 have long-term symptoms long after the virus has cleared their body, according to University of Alabama researchers.

People who experience long Covid sometimes refer to themselves as "long-haulers." Some long-haulers eventually experience full recoveries, while others do not. Other long Covid symptoms patients report include (but aren't limited to) fatigue, brain fog, confusion, shortness of breath, headaches, and chest pain. Notably, not everyone who became a long-hauler had a severe infection or was hospitalized after their COVID-19 diagnosis.

Hannah Davis, who wasn't involved in the study but co-leads the Patient-Led Research Collaborative, told Salon tremors and vibrations were a common symptom reported in a study the patient-led research group published last December, too.

"We found about 40% experienced tremors, and 30% experienced what we call vibrating sensations, and those are different even though they sound kind of similar," Davis told Salon. "Tremors, I think can be a broader category and include hand tremors, internal tremors, like seen in Parkinson's, where the vibrating sensation is truly just a very strange symptom that doesn't appear commonly in medical literature."

Davis said she thinks people are often "nervous" to discuss the vibrations, but they have been reported in two separate post-viral illnesses.

One of them, dysautonomia, involves a "dysfunction of the autonomic nerves," as Davis explained. Autonomic nerves control autonomic functions of the body, including heart rate and digestion.

"Both the tremors and vibrations happen very often in that category and also in a related category called small fiber neuropathy," Davis commented.

Davis agreed that raising awareness about these symptoms is "necessary," along with "everything around long Covid."

Indeed, the authors of the most recent paper hope these first-hand narratives spur more research into this condition as it relates to long Covid.

"We pursued this study in partnership with patients in the hope that we could stimulate more research, and let those suffering these symptoms know they are not alone," said Harlan Krumholz, who co-authored the paper. "The inescapable conclusion from this work is that there are a group of people suffering from a common symptom complex that has yet to be understood – and the impact on people's lives can be catastrophic."