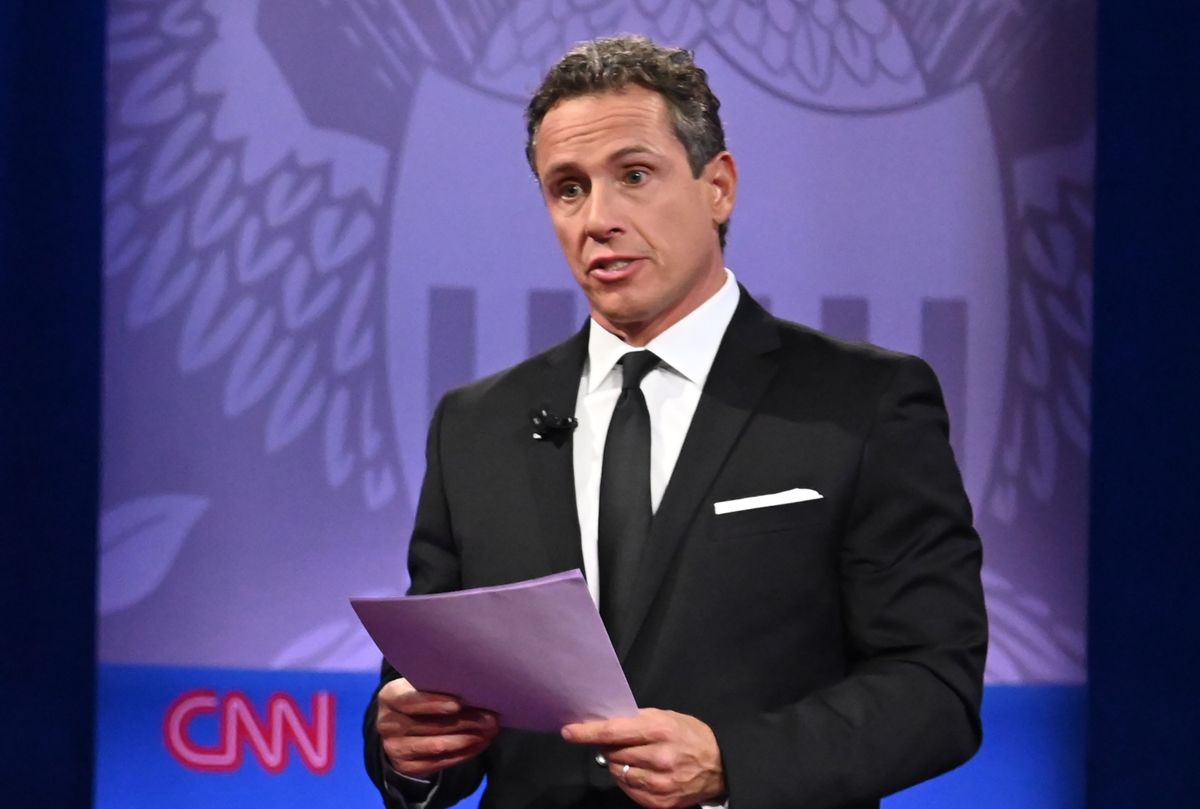 CNN moderator Chris Cuomo during a town hall devoted to LGBTQ issues hosted by CNN and the Human rights Campaign Foundation at The Novo in Los Angeles on October 10, 2019 (ROBYN BECK/AFP via Getty Images)
--

CNN on Saturday announced that the network has terminated primetime host Chris Cuomo.

"Chris Cuomo was suspended earlier this week pending further evaluation of new information that came to light about his involvement with his brother's defense," the network said in a statement. "We retained a respected law firm to conduct the review, and have terminated him, effective immediately. While in the process of that review, additional information has come to light. Despite the termination, we will investigate as appropriate."

In suspending Cuomo, CNN cited newly released transcripts from the New York Attorney General's office. The documents show that Cuomo tried to use his position at CNN to dig up information on women who accused his brother, then-New York Gov. Andrew Cuomo, of sexual misconduct. The documents also seemingly contradicted Cuomo's statements about how he tried to assist his brother that he made earlier this year.

The New York Times reported Saturday that the termination "completed a stunning downfall" for Cuomo, who had been "the top-rated anchor at CNN and a veteran television journalist who had built a successful broadcast career outside of his famed political family."