Here’s to the ladies who lunch: One of Sondheim’s greatest achievements was writing complex women 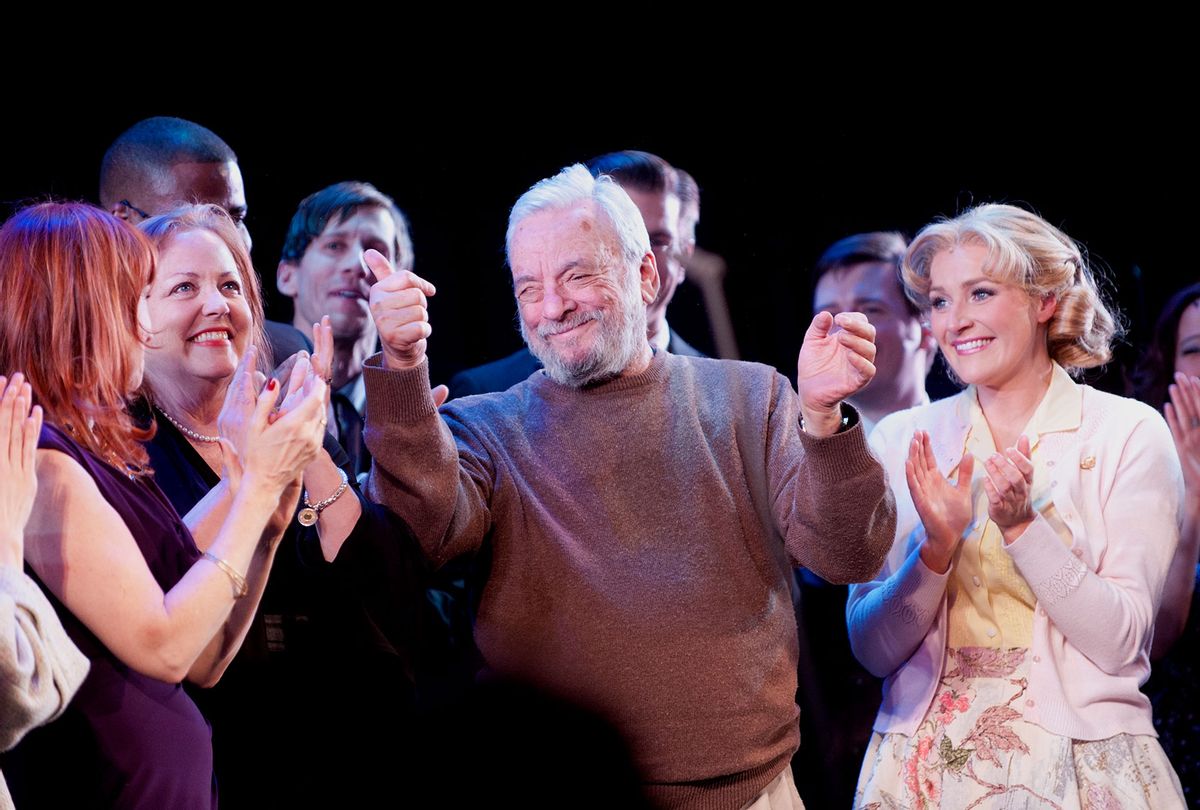 The most eclectic of music theatre composers was not only a gifted wordsmith and lyricist, but also had a truly original compositional voice.

Stephen Sondheim, who died at home on Nov. 26 at 91, had a singular ability to craft narrative in short, poignant moments, with constantly evolving, twisting and turning motifs in melodies and harmonies that signify, place, time, feeling, emotion and sensory experience.

He built a score by taking an idea — either lyrical or musical — turning it upside-down and spinning it around to reveal a different view. It is clear Sondheim enjoyed the play of words, of motifs, of reinventing musical theatre to fit the changing perspectives of contemporary life. The audience in a Sondheim show revels in each character's complexity.

Alongside his storied wordplay, exquisite melodies and complex harmonies, one of Sondheim's greatest achievements was his ability to write women characters that actors want to play: complex women, women at the centre of a narrative, from Desiree recalibrating at the end of her career in "A Little Night Music" (1973) to the complicated Mary, her life revealed backwards in "Merrily We Roll Along" (1981).

Sondheim's first big break was as the lyricist on "West Side Story" (1957), after the book by Arthur Laurents, working with the great Leonard Bernstein and Jerome Robbins. The experience of writing "West Side Story" for a young lyricist was challenging. The show came to Sondheim at 25 after meeting Laurents at the theatre, and he was convinced by his great mentor and friend Oscar Hammerstein II to take on the task.

Sondheim wanted to show his abilities in rhyme on his edits on "I Feel Pretty," whose original lyric had been written by Laurent. Some commentators have struggled with the innocent simplicity of the characterization of Maria in this song.

When Sondheim first heard her version live on stage, he famously realized that the lyricist's voice was too strong, too self-conscious and the character's voice was weak.

He asked to change it, but by then the tune had taken off and the die was cast.

Sondheim's lyrical and musical output following "West Side Story" presented complex characters of all types, and his works have singularly elevated the Broadway diva more than any other composer/lyricist in the past 70 years.

A melodrama, comic in parts and with very little dialogue, Sweeney Todd is a critique of the class divide in 19th century, Industrial England — personified by a murderous couple who cook their victims into meat pies.

While Sweeney is the man with a plan for revenge, Mr.s Lovett, his accomplice and business partner, is every inch the protagonist along with him. The powerful, complex female lead was a rarity in traditional music theatre, where operatic tropes were easily assimilated, such as the virginal naif, the coquette, the old shrew.

Sondheim delighted in presenting what we think to be a stereotype and then justifying its subversion. As coarse and pained as Mrs. Lovett is, she is an outlaw hero in this story.

His works championed careers of seasoned performers, creating opportunities for many actors who might have otherwise been seen as "too old" to play the leading lady.

Subsequently, actors lined up to play Sondheim women characters. A wonderful lockdown moment was Christine Baranski, Audra MacDonald and Meryl Streep singing "Ladies Who Lunch" from "Company" (1970) — a smirk to their own stage diva personas, the effects of COVID and a winking celebration of Sondheim on his 90th birthday.

"I'm Still Here," from "Follies" (1971), is Sondheim's self-reflexive moment for women in theatre: the ultimate female survival mantra in a tough industry.

When it was performed by Elaine Stritch at 85, and delivered in tights and a white shirt, the song revealed so much about Sondheim's role in placing women at the centre of the stage. Sondheim's tight, episodic rhyming lyrics, and twisting, arpeggiated, complicated music reveals so many intricacies about the life of a woman, particularly a woman of the theatre:

Black sable one day, next day it goes into hock, but I'm here
Top billing Monday, Tuesday, you're touring in stock, but I'm here
First you're another sloe-eyed vamp
Then someone's mother, then you're camp
Then you career from career to career
I'm almost through my memoirs, and I'm here.

Sondheim had a difficult relationship with his mother. She reportedly once wrote to him "the only regret I have in life is giving you birth."

Despite this, he wrote complicated, wise and relatable older women, mothers and carers. This is exemplified in "Children Will Listen," sung by the Witch in "Into the Woods" (1986):

"Children Will Listen" reveals an important moral value contained in "Into the Woods," yet it is delivered by the female antagonist. This is the complicated, unexpected humanity of a Sondheim character: you think you know the character type in act one, they are revealed to be someone else in act two.

Dichotomy is possible and vital in a complex characterization.

It will be new

Sondheim inspired a generation of women to believe complex female characters have a place at the centre of the Broadway stage.

With Sondheim's genius' passing on, we look to the next generation of writers and composers to continue his legacy and create an innovative place, smack bang in the centre of the stage, for not only women but for the entire range and breadth of humanity.

Anything you do, let it come from you, then it will be new.