"The organ that makes us human": How skin conditions shape our relationship with the world 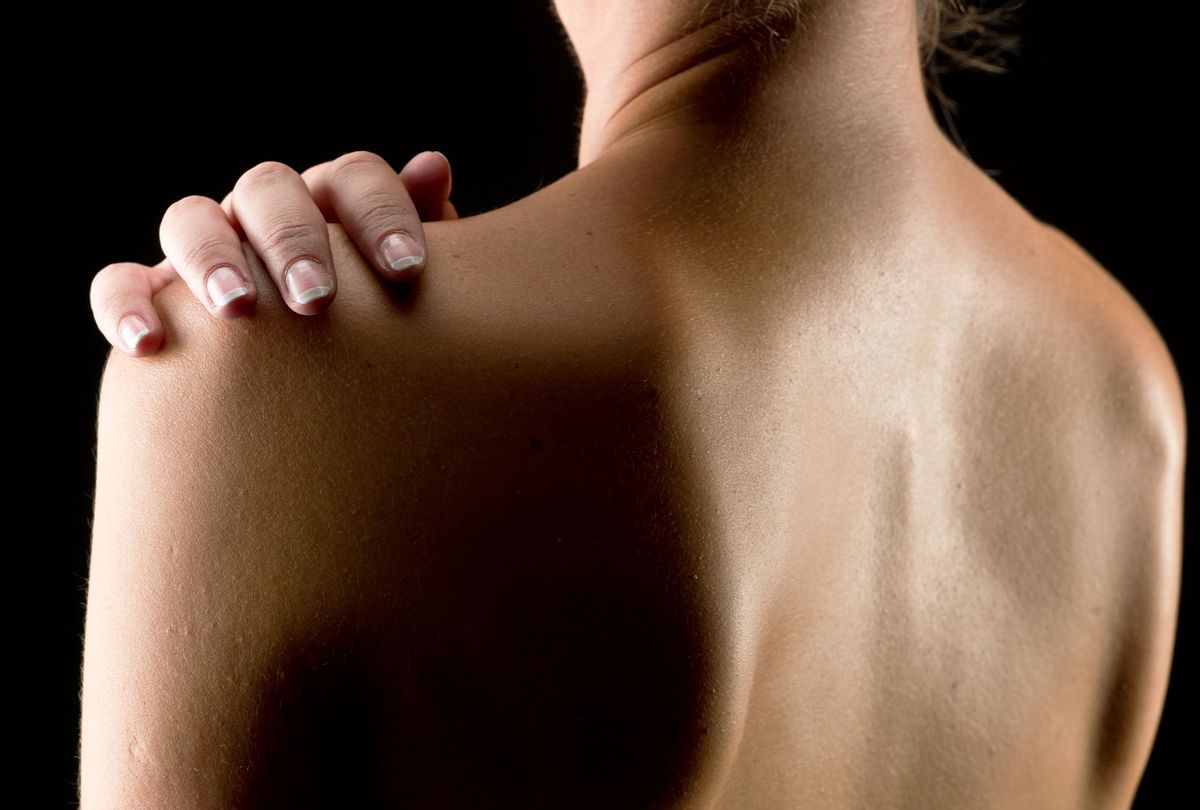 Back shoulder of a woman (Getty Images/Juanmonino)
--

There's a fascinating chapter in the book "Skin," by Spanish author Sergio del Molino, about the skin problems of Joseph Stalin. The Soviet political leader who governed the Soviet Union from 1924 to 1953 suffered from psoriasis his entire life. The extremely unpleasant ailment causes the skin to become inflamed, turn red or purple and feel itchy, scaly and dry. It can cover mere patches or consume the body. Intriguingly, when Stalin carried out his great purge from 1936 to 1938, he entrusted its execution to two other men afflicted with the skin disease, public prosecutor Andrei Vishinski and secret police chief Nikolai Yezhov.

In his book, del Molina, who also has psoriasis, speculates about "the likelihood of a dictator with psoriasis recruiting two henchmen with the same illness to carry out his most ambitious extermination plan."

Speaking to Salon, del Molino described this section of his book as "poetic suggestion." It is a phrase that accurately describes "Skin" as a whole. Alternating between meditations on his lifelong struggle with psoriasis and the stories of other famous psoriasis-sufferers, "Skin" is engaging on three levels: As a casual stroll through the intrinsically fascinating scientific facts pertaining to our skin; as a look at one man's tongue-in-cheek introspection of his own medical frailty; and as a history of a group of people not commonly thought of as marginalized. The end result is a book that reads more like a series of accessible intellectual essays, stuffed with nuggets about well-known figures from author Vladimir Nabokov and drug kingpin Pablo Escobar to pop singer Cyndi Lauper.

"We can't conceive our identity without thinking about our skin," del Molino explained. "The choices we make around it determine our relationship with the whole world. When we think about the body-and-mind dilemma, we are really thinking about the skin-and-mind dilemma. Skin is the only organ that makes us humans for the eyes of others, so it has a deep iconic power that nobody can obviate. That's why you find a rich stream of art, literature and philosophy around the skin."

He added, "The rules of every religion contain many indications regarding its cleaning or the ways to show it in public. Almost every religion thinks skin diseases are a form of sin. Purity is linked with health and young skin. We didn't think much about these matters in our daily life, because these matters are second nature."

Our skin does not merely determine how we are perceived by others, del Molino's book argues, but also our relationships with ourselves. Take Stalin and his infamous purges. Writing to Salon, del Molino explained his "poetic suggestion" is that there may be "a link between sickness and evilness. Not an obvious link, not in the way I suggested in my book, but tyranny emerges from body discomfort. The conditions that Stalin, Vishinski and Yezhov share make them ideal tyrants. Someone at peace with himself doesn't have dictatorship attitudes."

This analysis is echoed in the book, where he writes that "it was all down to a skin irritation, rheumatic pain, shame." Because we are covered by our skin, it is profoundly difficult to compartmentalize or ignore it when it cries out for attention. And because the rest of the world sees more of our skin than anything else, it is impossible to fully disentangle how the entirety of you interacts with the world with how your skin alone does so.

"Skin" speaks both to people who have been spared serious skin conditions (and want to learn more) and those who already have them. For the latter, del Molino dives into his own soul to share what he has learned with those who might find value in it.

"Most of the time I think the embarrassment is in the sick person's mind itself, not caused by society," Del Molino told Salon. "Sometimes I find myself suffering from an imaginary contempt. Maybe these people had looked at me in an unpleasant way, maybe they were gazing at something else or they were minding their own business without taking care of my presence. Sick and disabled people usually develop some kind of soft paranoia, regardless of how many times they are right."

He also warned against misleading advice that, in his analysis, has the effect of blaming patients for their own skin disorders. His criticisms of Lauper, who talks about personal care and practices like meditation and healthy eating when describing skin conditions, stem from concerns that her approach unfairly places the onus on patients and ignores that "the more successful treatments are based on some kind of immunosuppression."

"I think that this kind of approach restates a story that blames the patient for his own sickness," del Molino explained. "In short, it says: you can control your sickness, it's up to you. Of course, healthy food and healthy habits can bring comfort, but nobody gets a skin disease by getting stressed at work." Throughout his book, and in our interview, del Molino talks about using science to precisely ascertain the causes of a disease, an approach that far more often than not both helps the sick and clearly establishes that the afflicted do not deserve to feel guilt. If someone has sick skin, the chances are that it isn't because they are immoral or impure, but because they simply have a disease.

"Find a good dermatologist, trust him and don't be ashamed," del Molino explained. "Accept your body and don't hide from the world."