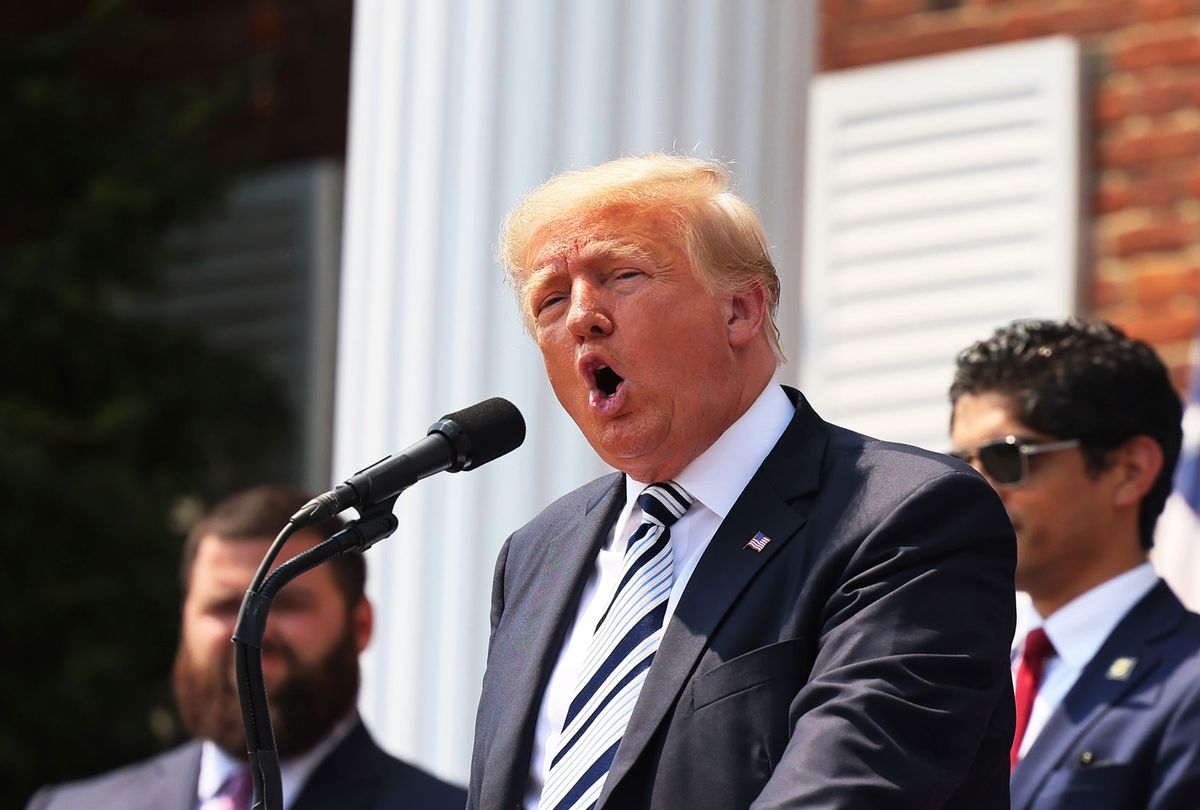 During the 2020 presidential election, The Atlantic's Barton Gellman was among the journalists who predicted that then-President Donald Trump would not admit defeat if he lost. Gellman's prediction was spot on: Trump, refusing to acknowledge that now-President Joe Biden won the election, did everything he could to overturn the election results. And in an article published by The Atlantic this week, Gellman predicts that Trump's next coup attempt will be in a much better position to succeed.

On November 2, 2020, The Atlantic published an article by Gellman headlined, "How Trump Could Attempt a Coup." Gellman reported that "behind the scenes," Biden's team was "preparing for the worst." At the time, "Real Time" host Bill Maher was making the same troubling prediction — that Trump would not accept the election results if he lost. Republicans accused both Gellman and Maher of suffering from "Trump derangement syndrome," but just as Gellman and Maher predicted, Trump and his attorneys refused to accept the election results.

During a November 4, 2020 interview with National Public Radio's Terry Gross, Gellman warned, "What Trump can do if he's sufficiently ruthless — and I think he's proving that he is — is he can do his best to keep changing forums whenever he gets an answer he doesn't like to simply reject it. And we have seen this administration prepared just to flatly reject the requirements of law. Trump can also try to maneuver in the Electoral College to persuade Republican legislatures in states that are still in contention to bypass the popular vote and simply appoint electors for Trump."

As troubling as Gellman's November 2020 warnings were, he is even more worried about the 2024 presidential election and explains why in his Atlantic article published this week.

"Technically, the next attempt to overthrow a national election may not qualify as a coup," Gellman warns. "It will rely on subversion more than violence, although each will have its place. If the plot succeeds, the ballots cast by American voters will not decide the presidency in 2024. Thousands of votes will be thrown away, or millions, to produce the required effect. The winner will be declared the loser. The loser will be certified president-elect."

Gellman continues, "The prospect of this democratic collapse is not remote. People with the motive to make it happen are manufacturing the means. Given the opportunity, they will act. They are acting already."

According to Gellman, "They are driving out or stripping power from election officials who refused to go along with the plot last November, aiming to replace them with exponents of the Big Lie. They are fine-tuning a legal argument that purports to allow state legislators to override the choice of the voters."

That legal argument rests on an obscure doctrine of constitutional interpretation that Republicans seem to think they can leverage to their advantage, as he explained:

Republicans are promoting an "independent state legislature" doctrine, which holds that statehouses have "plenary," or exclusive, control of the rules for choosing presidential electors. Taken to its logical conclusion, it could provide a legal basis for any state legislature to throw out an election result it dislikes and appoint its preferred electors instead.
...
The question could arise, and Barrett's vote could become decisive, if Trump again asks a Republican-controlled legislature to set aside a Democratic victory at the polls. Any such legislature would be able to point to multiple actions during the election that it had not specifically authorized. To repeat, that is the norm for how elections are carried out today. Discretionary procedures are baked into the cake. A Supreme Court friendly to the doctrine of independent state legislatures would have a range of remedies available to it; the justices might, for instance, simply disqualify the portion of the votes that were cast through "unauthorized" procedures. But one of those remedies would be the nuclear option: throwing out the vote altogether and allowing the state legislature to appoint electors of its choosing.

READ: A writer who predicted Trump's first coup attempt warns of an obscure legal doctrine he may exploit next time

Gellman believes that MAGA Republicans will be much better positioned to steal a presidential election in 2024 than they were in 2020.

"In nearly every battle space of the war to control the count of the next election — statehouses, state election authorities, courthouses, Congress, and the Republican Party apparatus — Trump's position has improved since a year ago," Gellman observes. "To understand the threat today, you have to see with clear eyes what happened, what is still happening, after the 2020 election. The charlatans and cranks who filed lawsuits and led public spectacles on Trump's behalf were sideshows. They distracted from the main event: a systematic effort to nullify the election results and then reverse them."

Gellman continues, "As milestones passed — individual certification by states, the meeting of the Electoral College on December 14 — Trump's hand grew weaker. But he played it strategically throughout. The more we learn about January 6, the clearer the conclusion becomes that it was the last gambit in a soundly conceived campaign — one that provides a blueprint for 2024."