Manchin said the government "should incentivize, not penalize" businesses to enforce testing and vaccine mandates 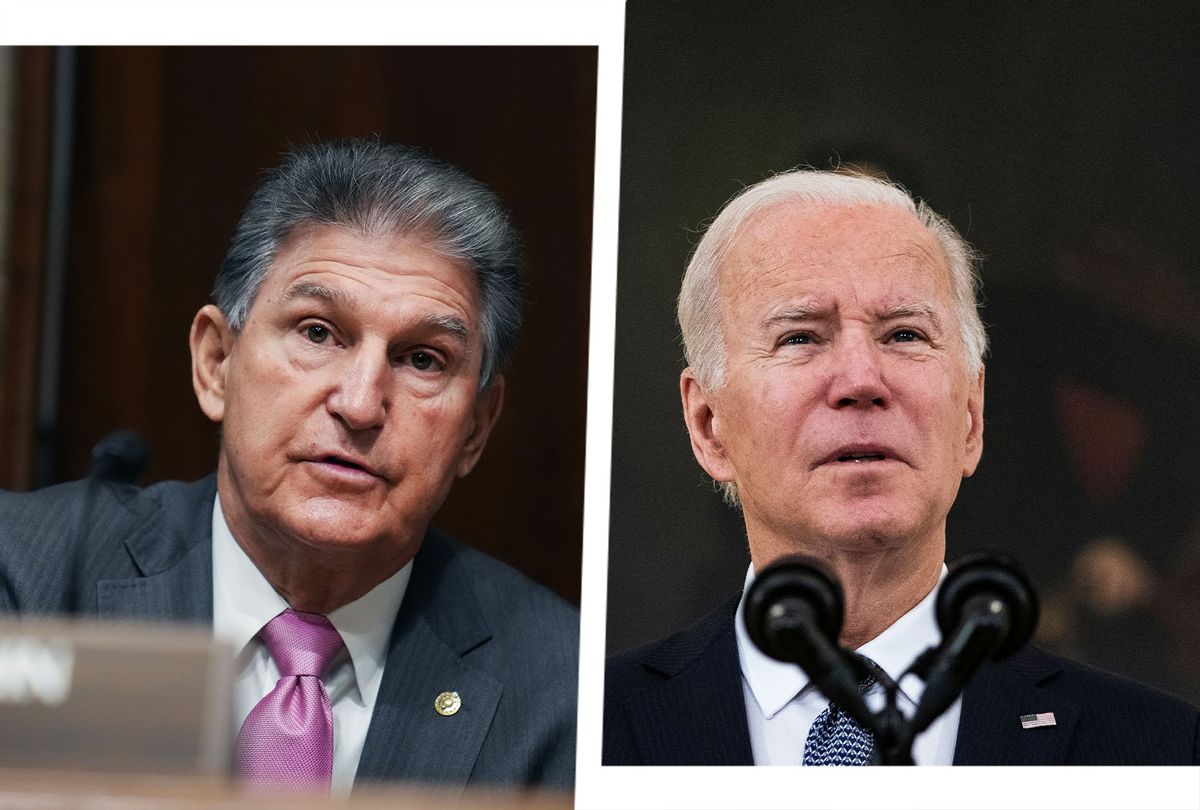 "I have long said we should incentivize, not penalize, private employers whose responsibility it is to protect their employees from COVID-19," he added.

Manchin's remarks came just following a temporary bipartisan agreement to avert a government shutdown amid the Senate's ongoing debt ceiling standoff. The stopgap measure will allot a similar level of funding to the federal government as last year's, during the Trump administration, POLITICO reported. During the vote, Republicans introduced an amendment to bar the use of federal funds for the enforcement of Biden's mandate, but the amendment failed.

Still, Republicans have signaled that they won't pare back their longer-term crusade against Biden's mandate, which requires that private businesses with more than 100 employees enforce a vaccine requirement or force employees to undergo routine testing.

RELATED: Biden refutes claim that vaccine mandates are tyranny: "Even Fox News" has one

"I hope that more Democratic Senators and Representatives will follow Senator Manchin's strong lead and stand up against this federal overreach that will wreak havoc on our recovering economy and trample on the rights of millions of Americans," Braun said this week.

In Missouri, a federal judge last week likewise shot down Biden's mandate – which applies to Medicare and Medicaid employees – for certain healthcare workers across 10 states.

"Congress did not clearly authorize CMS to enact this politically and economically vast, federalism-altering, and boundary-pushing mandate, which Supreme Court precedent requires," the Missouri judge wrote, calling the requirement "arbitrary and capricious."

The Biden administration is set to appeal state rulings against its mandate.