From Rebel Wilson to Adele, entertainers who slim down learn how much others associate their talent with fatness 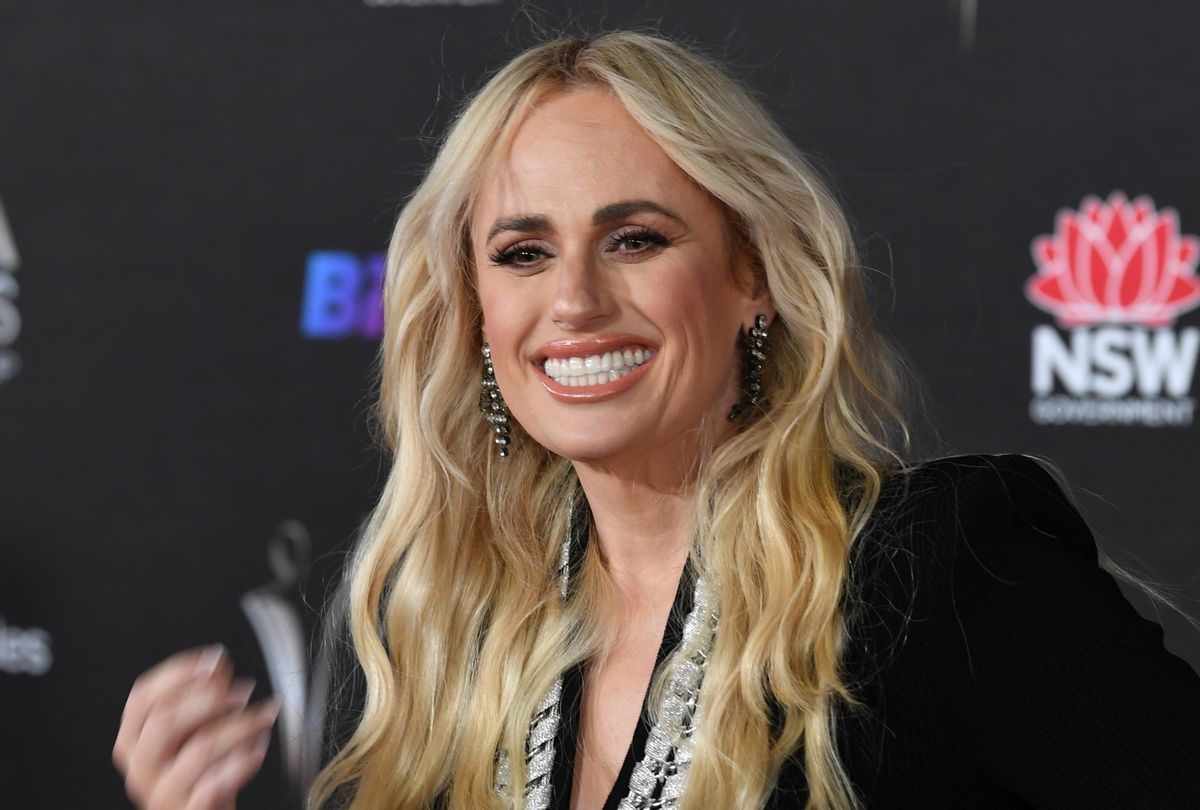 Rebel Wilson arrives ahead of the 2021 AACTA Awards at the Sydney Opera House on December 08, 2021 in Sydney, Australia (James D. Morgan/Getty Images)
--

In Season 4 of "Gilmore Girls," main character Lorelai is introduced to a minor character's cousin, Shel, for a possible and disastrous blind date. Lorelai cracks a joke, and Shel says, "You're funny. She's funny. You know, they say pretty women usually aren't funny because they never had to be. Were you a fat child?"

In an interview with BBC Breakfast, comedian and actor Rebel Wilson spoke openly about reactions to her weight loss, one result of her so-called "year of health" she decided to undertake in 2020, according to The Guardian. Wilson did not set out to lose weight, but simply to live healthier, eat better: "I knew deep down inside some of the emotional eating behavior I was doing was not healthy," Wilson said, a coping pattern that she said began after her father's death in 2013. She documented her health journey on her Instagram, more than 10 million followers watching, responding, and liking as she posted about playing tennis with friends, rising early to "smash a beach run," doing a workout up and down the stairs of the Sydney Opera House.

The response from followers has been largely positive. But the reactions from Wilson's team, not so much. Those who work with and for Wilson, and who stand to profit from her image, were against her changing it, according to Wilson, even if it meant she felt physically and emotionally healthier. "And they were like, 'Why? Why would you want to do that?' Because I was earning millions of dollars being the funny fat girl and being that person."

In Hollywood, women are supposed to look a certain way. Funny women are supposed to look a different, certain way. Comedian Aditi Mittal told Elle, "For the longest time I was told not to project myself as 'too feminine.' You have to desexualize yourself as much as possible because you don't want to be viewed as a sexual creature, you want to be viewed as funny."

In a New York Times article "Female Stars Step off the Scale," that briefly introduces Wilson, then appearing in "Bachelorette," Alessandra Stanley writes, "There was always room in comedy for a fat friend," but calls the starring turns of comedians like Mindy Kaling "refreshingly unusual. There's little comic shock value left in profanity, obscenity or intolerance, but it's still quite rare and surprising to see a woman not obsess about her waistline."

This piece, published in 2012, also describes weight gain by Lady Gaga as "the most outrageous stunt."

While Stanley argues that comedians, unlike other female performers, have "more power to break rules: by writing their own material and creating shows inspired by their lives, they can set their own standards of beauty," comedian Supriya Joshi was body-shamed on and off stage. Online commenters have pestered comedian and "Nailed It!" host Nicole Byer, asking if she's lost weight. Mittal started dressing a certain way to try to hide her body, yet was still introduced as "the best tits in the business."

Comedians have lost roles after weight loss or gain — witness the scrutiny paid to Jonah Hill. Fans (and critics) publicly asked if a slim Hill is still funny, similar to incredulous criticism Adele faced, questioning if she could still sing after losing weight (spoiler alert: she can). This pressure is more intense for women, with so much more attention paid by the media to women's physical bodies.

Wilson, for her part, has expressed frustration to be receiving so much attention now, simply for physical reasons, asking, "Why are people so obsessed with it? Like, with women in particular about their looks?" Wilson said she spent a lot of time feeling "invisible," even when she had performed in blockbusters like "Bridesmaids" and the "Pitch Perfect" series and produced an Oscar-winning film, yet her weight was different at those times. This scrutiny on women performers' weight can overshadow their accomplishments. Whatever you do, as a woman in Hollywood, your body can't change, not when audiences, casting directors — even a performer's own team — feel like they own it.