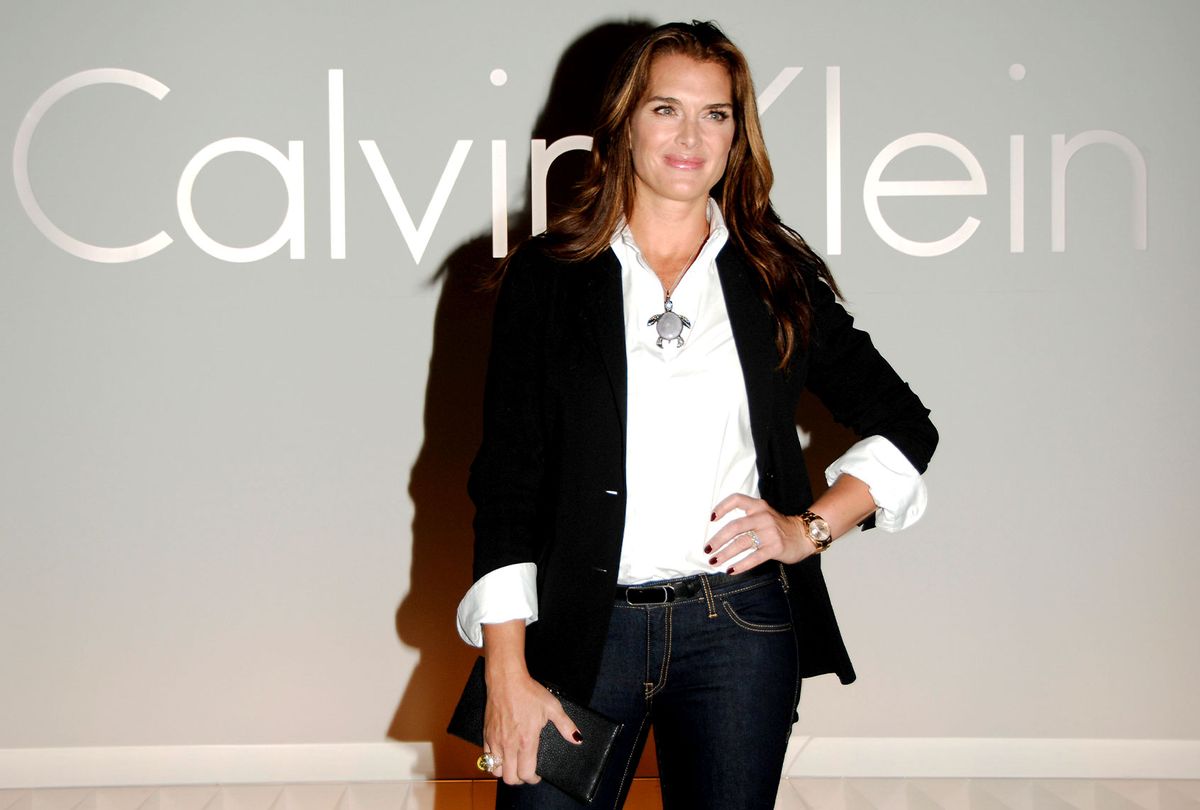 During an appearance on the Dax Shepard podcast "Armchair Expert" on Monday, Brooke Shields reflected on her Calvin Klein jeans modeling campaign from the 1980s — and the subsequent media backlash the then-teen was subjected to. She didn't have many positive things to say.

Shields was 15 in a 1981 television interview when Barbara Walters asked Shields about the measurements of her body, if she kept any secrets from her mother (sitting right next to her), and if she felt she had "had no childhood" as critics of the girl claimed.

In the most well-known ad image, Shields wears a barely buttoned shirt and is clad in the jeans, kicking one leg out in an uncomfortable-looking, unnatural position, balancing on her arms. At the time, she didn't understand the tagline for the ads, used in both print and television — "You want to know what comes between me and my Calvins? Nothing" — that it was a wink to the underage model not wearing underwear.

No one on set explained the line to her. And Walters — like other media appearances Shields did as a teenager, and like similar, invasive interviews conducted in the '80s, '90s, and early 2000s with female child stars like Britney Spears — didn't offer Shields any sympathy. Shepard described the shaming Walters interview as "maddening."

Shields was subject to vitriol for the ads, as if she — and not the adults who created the campaign — were responsible for the sexualized message. "I think the assumption is that I was much more savvy than I ever really was," Shields said in "Vogue."

The ads were a huge success for the brand, but maybe too much of a success. Shields was dropped from her contract before the planned second year of the campaign, allegedly because consumers were associating the model's name and not Calvin Klein with the jeans.

Shields, now 56, went on to to a career that has included two Golden Globes nominations. Her holiday movie "A Castle for Christmas" is streaming on Netflix.