This season, Steve Carell's Mitch Kessler is an ousted abuser ... who's enjoying the lap of luxury in Italy 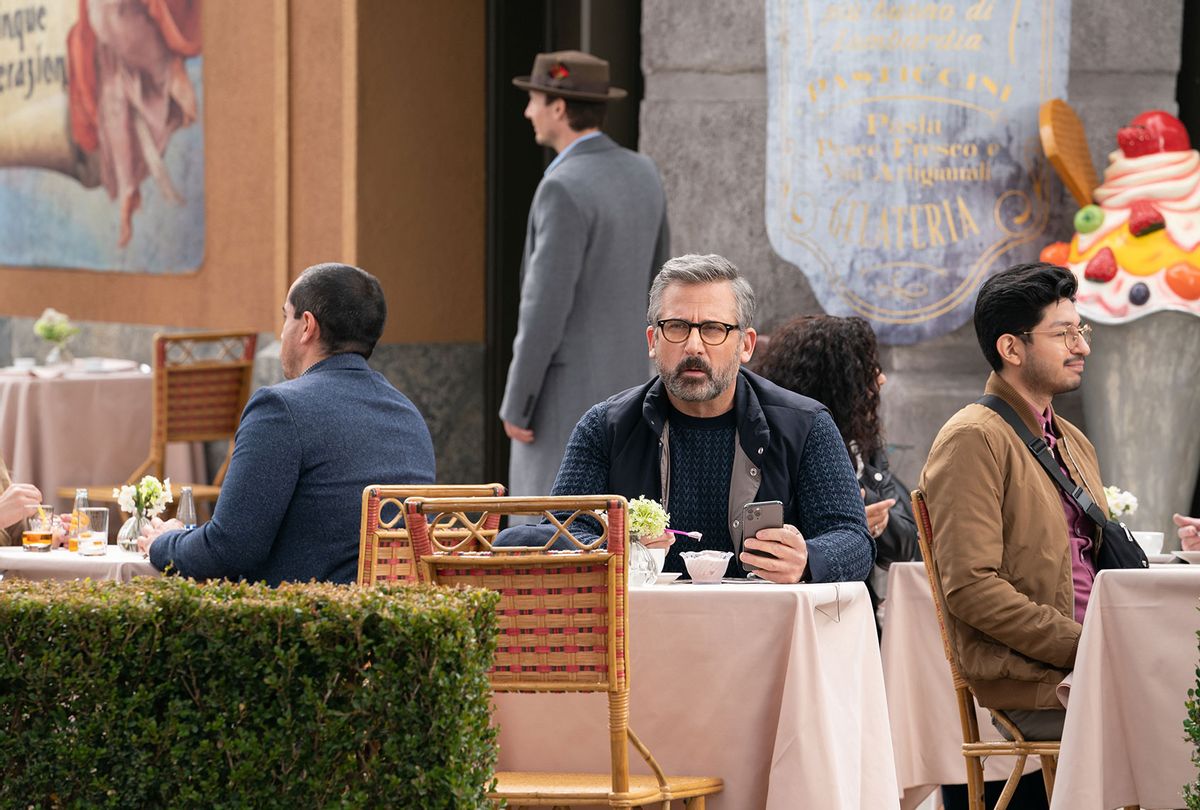 Apple TV+'s "The Morning Show" is back to continue its examination of the behind-the-scenes drama of an infotainment program that was rocked by a sexual harassment scandal.

Much of "The Morning Show" thus far has paralleled the saga of Matt Lauer, who was terminated from his hosting duties at NBC when several women alleged he had raped and harassed them back in 2017. Lauer initially sought a $30 million payout from NBC but was ultimately denied, and the company also refused to pay him severance or pay the remainder of his multi-million dollar contract.

"The Morning Show," of course, goes a different route, instead highlighting one of several ways abusive men with power are able to evade accountability or go on living highly privileged lives while their victims face consequences.

This season, Alex Levy (Jennifer Aniston) and Bradley Jackson (Reese Witherspoon) are back to being co-hosts and rivals after joining forces last season to expose their network covering up sexual misconduct. The series also decides to continue the story of Mitch Kessler (Steve Carrell), the infamous "Morning Show" host who was terminated for sexually harassing fellow employees, including the show's talent booker Hannah Shoenfeld (Gugu Mbatha-Raw), who later killed herself.

Although none of us care or have asked what happens to ousted sexual abusers, "The Morning Show" appears determined to tell us from Mitch's point of view. And the unglamorous answer is, not a whole lot. Mitch's days so far seem spent eating gelato and feeling sorry for himself in a beautiful new house in Italy where he lives alone. In the most recent episode released Friday, we learn in addition to Mitch's contract being paid out, his enabler, former UBA President Fred Micklen (Tom Irwin) received a $119.2 million payout from the fictional UBA network, and we're not the only ones who know this.

Since Hannah's tragic death, her family is suing UBA, blaming Hannah's employer for inflicting the distress that seemingly led to her death by overdose. This season, network executive Cory Ellison (Billy Crudup) receives word that the family is demanding a $119.2 million settlement — an apparent nod to the generous payout involving Mitch's sexual misconduct at UBA, and a demand that will all but force the lawsuit to go to trial.

Since the advent of #MeToo, at least, most sexual harassment-related payouts are hefty sums paid to the victims not the perpetrators. Earlier this year, Harvey Weinstein's victims agreed to a $17 million payout, which will at least attempt to compensate for the trauma he inflicted upon dozens of women. For victims of workplace sexual harassment who are employed by the government and seek compensation, the cost of sexual harassers' bad behaviors is footed by taxpayers.

On "The Morning Show," instead of being offered a payout, Hannah had been offered a significant promotion and raise in exchange for her silence, when she first attempted to report the incident of Mitch taking advantage of her. Now, after her death, her family is seeking the same payout that Mitch received for leaving UBA.

Hannah's story is a tragedy that looms throughout the early part of this season, even as the same petty dramas and conflicts have picked up again, and UBA's "Morning Show" scrambles to piece together some semblance of normalcy. Her story is especially haunting as it ultimately suggests that no compensation or benefit could really heal a victim or negate their trauma. Hannah's raise didn't save her life — and likewise, her family knows that $119.2 million, a sum that may or may not be paid, won't bring her back.

Rather, the specific demand for the same payout that was given to the man who harmed Hannah is a sharp, poignant criticism of the ways that powerful men who have harmed or allegedly harmed women continue their lives, undisrupted. Mitch's comfortable, ex-pat life in Italy is one version of this, but many more continue to unfold all around us, in real time.

Johnny Depp, accused of domestic abuse by ex-wife Amber Heard, excoriated "cancel culture" while simultaneously accepting the honorary Donostia Award at this year's San Sebastian Film Festival. Last month, CNN reported former "Good Morning America" boss Michael Corn had been accused of sexually assaulting two women, only to comfortably land as a head of news at Nexstar. Louis CK is back on tour, posing sarcastically before "SORRY" signs in a manner that suggests he actually isn't very sorry at all for the inappropriate sexual acts he's confessed to. "Cancel culture" sure doesn't seem to have the stigma or impact that these men are claiming it does.

In many cases, life goes on for men like Mitch and Fred, with or without a $119.2 million payout and an Italian mansion with a view. They may be denied an opportunity here and there, for valid concerns about workplace safety, but for sexual harassers with a lower profile, many can move from workplace to workplace unscathed.

Per the Harvard Business Review, the former employers of workers who leave over sexual misconduct issues don't have a legal obligation to tell their workers' new employer about this misconduct. In high-profile cases involving the Red Cross in 2012, and Reuters in 2016, Harvard Business Review notes that individuals accused of harassment and misconduct at these employers were easily able to find jobs at equally prominent institutions, shortly after.

Much of Mitch's screen time this season of "The Morning Show" has been cringe-inducing thus far. His story feels like an uncomfortable plea for audiences — many of whom have endured mistreatment not unlike what Mitch has perpetrated — to feel sorry for an abusive, exploitative man now living a luxurious life in Italy. Thankfully, at the very least, the haunting continuation of Hannah's storyline disrupts this pity party, reminding us whose lives often can and can't go back to normal after sexual trauma.