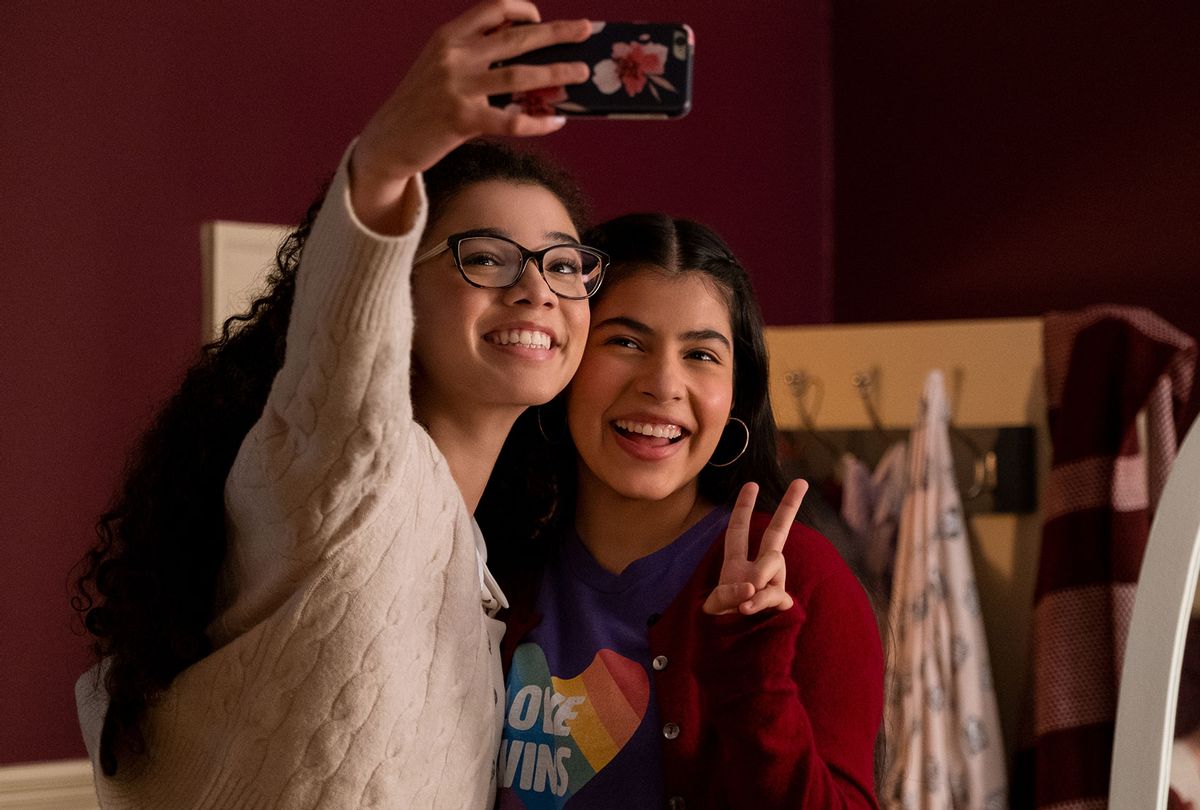 Netflix's "The Baby-Sitters Club," the charming and precocious coming-of-age show based on Ann M. Martin's classic book series of the same name, is back for a triumphant second season, as its leads embark on their next big adventure: the eighth grade.

The friends had already proven their entrepreneurial know-how last season, even beating out the competition of older girls who didn't take their childcare responsibilities seriously. This season doubles down on the complexity, business acumen, and frankly, the genius of the tween girls as an expanded membership requires navigating new dynamics.

But it's not all dollars and bottom lines here. On "The Baby-Sitters Club," standing out from a world that often mocks anything teen and tween girls enjoy as trivial or stupid, our favorite feminist sitters contain multitudes in their interests and expertise.

The show picks up at the end of summer vacation with Mary Anne (Malia Baker) desperate to know what her relationship status is with Logan (Rian McCririck), after as hot and heavy a romance as two 13-year-olds could have at summer camp (they kissed, people!). Now, with the first day of school just days away with only silence from Logan while he spends the rest of summer with his grandparents in Kentucky, Mary Anne is left to piece together the hints of where they stand.

She turns to Dawn (Kyndra Sanchez), the edgy, hipster, and anti-capitalist Californian with a mastery of astrology chart-reading and tarot, for a night of candles and consulting with the spirit world to get to the bottom of Mary Anne's situation-ship.

The two deduce that Logan, with his Jan. 10 birthday, is a Capricorn — perfect for Mary Anne — and wind up prank-calling Logan masquerading as the Census Bureau to try to determine his birth time and location in order to work up his full chart. This, of course, isn't the only scene in which astrology is referenced on the show, or even in this season.

In the end, Mary Anne and Logan try being a couple, but after some epic dating cringe, the two decide not to let others – or even the stars – determine how they should relate to each other. Instead, they won't label their connection and just take their time discovering what "us" looks like.

Mary Anne's foray into astrology, however, isn't something to be dismissed. It's light, joyful and even empowering watching teen and tween girls embrace something widely popular and feminized in our culture without the usual reaction of being mocked or ridiculed. This is reminiscent of how Hulu's comedy "PEN15" depicts how it middle school BFFs are suddenly convinced they have become witches and use this newfound magic to try and get boys to like them. It may sound small and unimportant — letting girls have fun with something that's popular among their demographic, without shame or belittling. But our policing and derision of girls and young women's interests has been a long-standing feature of the social hierarchy that's dictated by men.

The dismissal of boy bands, Justin Bieber, reality dating shows, YA series like "Pretty Little Liars," astrology and other interests with predominantly female and youth fan bases, is about putting women and girls down and insulting their intelligence. One could also argue it's a slippery slope from mocking these interests, to any other issue matters young women in particular care about, like reproductive rights, a matter that's often written off even by progressives as just a "women's issue," or "identity politics," and less important than hard, supposedly more masculine economic issues.

Speaking of economics, of course, "The Baby-Sitters Club" also shows that teen and tween girls can both obsess about astrology and know more about tax policy than at least 75% of our Congress. Really.

The debate first kicks off when Baby-Sitters Club president Kristy (Sophie Grace) is sidelined by strep throat. In her absence, alternate officer Dawn steps up and makes numerous changes during her brief one-week tenure. One of her policy changes that she attempts to push through is reevaluating whether or not the current amount of dues is fair to expect of each member.

The cast of "The Baby-Sitters Club" Season 2 (Netflix)

In a principled and thoughtful conversation about whether club members should pay fixed dues or a percentage of their earnings, Dawn goes from a walking, human version of the CoStar app to Sen. Elizabeth Warren in the flesh.

"If I work more, I'm covering for other people," Stacey McGill (Shay Rudolph) points out, raising a concern about a percentage system for their dues.

"That's how progressive taxation works — those who have more give more," Dawn explains.

At this point, Jessi (Anais Lee), the club's newest junior member, also reminds Stacey, "I can't work as much as you because I can't stay out late and I have ballet. So when I pay the same amount it's a way bigger percentage of my earnings."

I hope Congressional Republicans and opponents of a wealth tax are watching! Granted, these conversations are written for the girls by adults, but taxation really is that simple, and young people who are running their own businesses and influencer accounts understand that.

Redistributing wealth and expecting different "dues" from low-income people versus wealthy people, billionaires and corporations, isn't just equitable and essential for economic justice. It's also a public good. The conversation about progressive taxation segues almost at once into the charitable component of the club's dues, as its members will donate a percentage of the dues to a charity.

"If we start paying a percentage of our dues to charity, who gets to pick the charity? And is it going to be the same charity every time?" Mary Anne asks. Therein lies another issue our representatives seriously need to learn more about: how to democratically invest in society and public goods.

The club eventually decides they'll take turns picking where to donate their dues so that everyone's voice can be heard, and everyone's values supported — as opposed to, say, undemocratically elected politicians pouring trillions into the U.S. military and police departments, when most of us just want health care and affordable education.

The transitions between Dawn and her fellow sitters chit-chatting and dishing about star signs, relationship statuses, and what's otherwise called "girl-talk" flow so naturally, that the message of "The Baby-Sitters Club" is clear. These interests among young women and girls aren't in any way at odds.

Being feminine and enjoying traditionally feminized interests isn't inconsistent with being brilliant and political. The multi-faceted interests, hobbies and passions of the sitters are a testament to how seriously "The Baby-Sitters Club" takes the intelligence and political participation of young women and girls.

Both seasons of "The Baby-Sitters Club" are now streaming on Netflix.