When a sitter meets a 10-year-old client who's a social media star, she considers adopting his career path 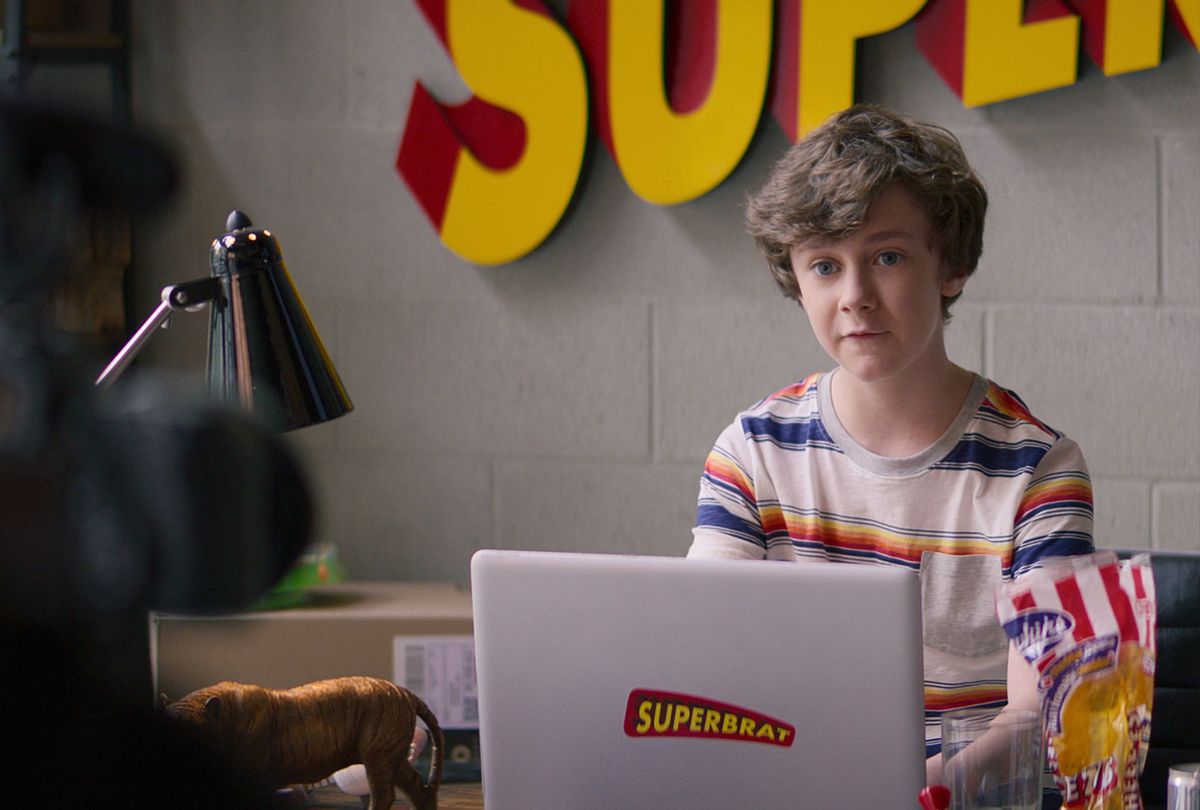 Luke Roessler as Derek Masters in "The Baby-Sitters Club" (Netflix)
--

As Netflix's "The Baby-Sitters Club" adapts the original young adult book series for a modern-day context, part of that adaptation requires thoughtful reflection on the ways today's young people — including the girls of our favorite middle school baby-sitting agency — interact with social media today.

In the latest season of the delightfully smart and progressive Netflix YA series, the members of the fictional Baby-Sitters Club are starting seventh and eighth grade, and are already active online. Most of the interactions are what you'd expect from that age group, mainly keeping tabs on each other and low-key stalking crushes they're too shy to actually confront.

Case in point: checking Instagram stories is how Mary-Anne Spier (Malia Baker) determines the whereabouts of her summer camp crush, Logan Bruno (Rian McCririck), after he goes radio silent on her. Knowing he's actually at his relative's house doesn't really help understanding how he feels about her, but at least she can pretend he's too busy to get in touch or maybe has spotty wi-fi.

Meanwhile, Jessi (Anais Lee), one of the club's new junior members, is confronted with another side to social media, the rise of the child influencer. Her new client is Derek Masters (Luke Roessler), known by his legion social media followers as the Superbrat.

Derek, it turns out, is the "most followed TikToker under 10," and his meteoric rise as an influencer means his father has become his overzealous manager, and much of their family's livelihood relies on Derek's ability to get acting jobs and grow and maintain his following. Having a job when one is barely cracking double digits is hard enough, but to be the main breadwinner in the family is a heavy burden for such small shoulders.

But Derek is responsible . . . if resigned to his fate. As Jessi spends more time with Derek, it becomes clear that he might sometimes enjoy making videos and social content, but being a viral child influencer has clearly taken a toll on him and his relationship with his father, too.

RELATED: TikTok provides influencers income during the pandemic, but a ban could ruin that

At one point, shortly after Derek loses out on a part for a movie he auditioned for, Jessi comforts him by turning the camera off and making homemade ice cream. Jessi herself has been under stress because of her struggles to stand out at a new, elite dancing studio, prompting her to consider quitting dance and embarking on a social media career like Derek's instead. But in that moment, as the two enjoy just being kids together, unplugging from social media and living in the moment appears to be the antidote to both of their stresses.

"We thought it would be nice to do something just for fun," Jessi explains to him. His response? "Guys, recording doesn't make something not fun. I'm going to have to talk to your manager about this."

The episode ultimately has a happy ending because, well, have you seen this show? Club president Kristy Thomas (Sophie Grace) has a little talk with Mr. Masters about respecting babysitters and also letting kids live in the moment, and all of the club shows up to support Jessi at her dance recital, even though she didn't get the lead role.

Of course, in real life, as "The Baby-Sitters Club" alludes to with Derek's story, social media has an unfortunate tendency to adultify kids and expose young people, and especially young women and teen girls, to struggles with mental health and body image. Just a month or so ago, a bombshell report found Facebook, the parent company of Instagram, has been sitting on damning research into how Instagram impacts teen girls' mental health.

Per the company's internal findings from 2019, which drew from surveys and focus groups, Facebook admitted in an internal report published by the Wall Street Journal: "We make body image issues worse for one in three teen girls. . . . Thirty-two percent of teen girls said that when they felt bad about their bodies, Instagram made them feel worse." Another part of the report says: "Teens blame Instagram for increases in the rate of anxiety and depression. This reaction was unprompted and consistent across all groups."

Of course, it's not just Instagram. Like TikTok, both platforms are driven by algorithms that often lift up content that centers thin, conventionally attractive and often white women and girls. Other content almost directly promotes eating disorders, through viral "what I eat in a day" videos from thin, female influencers, or sponsored content that promotes dangerous diet teas and other diet products. Many of the influencers behind this content are actually wealthy and have personal trainers and chefs under their employ — the bulk of their job is to remain thin and attractive enough to influence people.

And while everyone is susceptible to the usual self-esteem struggles that emerge from comparing ourselves to celebrities and influencers who are paid to be beautiful, children and teens are especially vulnerable, as they're still developing senses of self, and don't have any understanding of what goes into the images they see online. Social media has added a new dimension to coming-of-age experiences, as "The Baby-Sitters Club" explores through Jessi and Derek's story, making it harder if not impossible for kids to be able to live in the moment, carefree and unencumbered, like they used to.

RELATED: Here's why I won't be exploiting my kids on social media

Specific to Derek's storyline, a surprising number of kids under 10 have become viral social media influencers, and CBS reported in 2019 that companies have been raking in millions of dollars from partnerships with child influencers. Fast Company found child influencers, who can be as young as two-years-old, can earn a paycheck of $15,000 or more per post, depending on the size of their following.

In a shockingly short period of time, the rise of social media influencers haes transformed the economy. As "The Baby-Sitters Club" explores, many children and teens who might not be able to handle the pressures and demands of this lifestyle are becoming some of the most popular influencers on our explore feeds, and for all the privilege this lifestyle may come with, it can also cost them healthy childhoods and the surprising joys of living in the moment.