Trump remains firmly in the driver's seat of the GOP ahead of the 2022 midterms. He, however, only cares about 2020 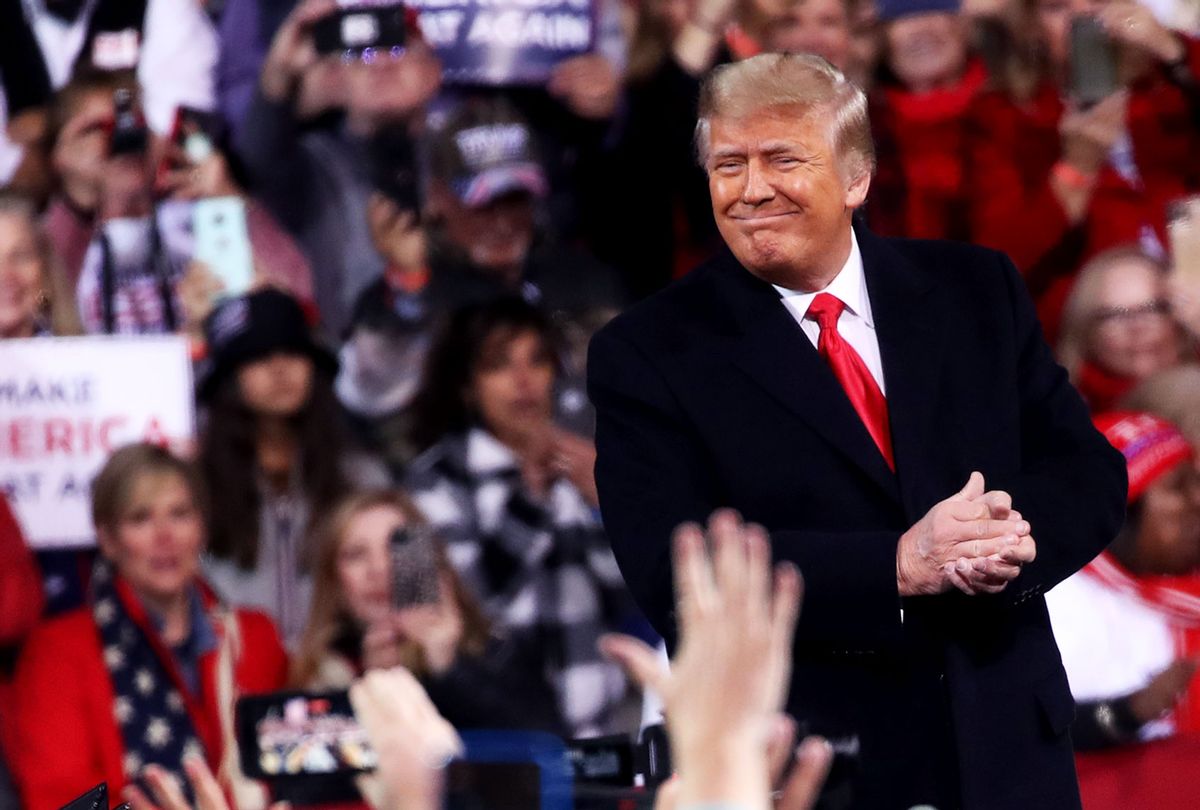 It seems like it was only a month or so ago that the political establishment had decided the Republicans had found the electoral holy grail in the campaign of Virginia governor-elect Glenn Youngkin. Out of 3.3 million votes cast, he had won with 63,000 votes and it was widely seen as a landslide victory that totally repudiated everything the Democratic Party stands for. The fact that Virginia has consistently elected a governor of the opposite party that holds the White House for more than 30 years (and usually by much wider margins than Youngkin's) didn't hinder the conventional wisdom in any way. The Youngkin campaign showed the way for the GOP to win again: All they had to do going forward was distance themselves from Donald Trump.

Fast forward just a few weeks later and it's as if it all never even happened.

Donald Trump is firmly in the driver's seat of the GOP and any thoughts of the party extricating itself from his grasp are but a faint memory. Of course, the notion was always ridiculous. Trump didn't hold rallies for Youngkin but he made it clear to his base that he backed him. And Youngkin may not have gone down to Mar-a-Lago to kiss the ring but he did make "election integrity" a centerpiece of his campaign, which was exactly the dog whistle Trump and his followers needed to see to prove that he was on the team. If any of those Biden to Youngkin voters thought they were voting for a Republican Party that had left Trump behind they were sadly mistaken.

It's been obvious that Trump's Big Lie would be the organizing principle of the GOP ever since January 6th. It's a nice delusion to think that the party would sober up but if it wasn't clear before, it's certainly clear now that they are going to stay on their Trump bender for the foreseeable future. And it's highly unlikely that Trump and his people are going to allow any more candidates to hedge on the Big Lie or pretend to distance themselves from their leader.

Earlier this week, former Senator David Perdue of Georgia threw his hat into the ring to challenge incumbent governor Brian Kemp in the Republican primary. You may recall that he lost his Senate seat in a runoff last January to Jon Ossoff. Most political analysts attribute his loss and that of former Senator Kelly Loeffler to Raphael Warnock to the fact that Trump suppressed the Republican vote by insisting the election system in the state was corrupt. If that's so one might expect Perdue to harbor some resentment but apparently not. The formerly mild-mannered businessman's announcement was so Trumpian you'd almost expect him to launch into a rousing chorus of YMCA at the end:

Perdue later said that he would not have certified the 2020 presidential election in Georgia which really means that if he wins the Governor's seat in 2022, he will do everything in his power not to certify an election for anyone but Donald Trump. Not only is Trump running his enemies out of the party, he's demanding that anyone who wants to run for office also sign on to his Big Lie.

Trump remains obsessed with the 2020 election.

Jonathan Swan of Axios reported on Thursday that people who see him at Mar-a-Lago say "it's impossible to carry out an extended conversation with him that isn't interrupted by his fixations on the 2020 election" and he continues to insist that there should be more "audits" that will somehow overturn the results. He is obviously very disturbed at this point if he actually believes that.

But it doesn't matter. Whether his delusional obsession is born of his narcissistic personality disorder or it's a canny form of salesmanship to inspire his supporters to take over the election systems in the states he must carry in 2024, he's reorganized the Republican Party around the belief that the 2020 election was stolen and he must be restored to the White House. This goes way beyond Trump himself picking and choosing officials who will help overturn the 2024 election or unseat disloyal Republicans. Swan reports that Trump's allies have been working just as feverishly putting together institutional support (and not coincidentally providing nice sinecures for his most loyal acolytes.)

Barton Gellman wrote a major cover story in The Atlantic on this subject that seems to have finally captured the mainstream media's attention. He makes a compelling case that Trump and his cronies are literally laying the groundwork for a coup in 2024 using all the tactics outlined above including the use of an obscure, untried legal theory called the "independent state legislature" doctrine which holds that statehouses have "plenary" control of the rules for choosing presidential electors. (I wrote about it here last June.)

These are the acts of GOP officials, not Trump.

Yet it's garnered not a peep of protest from the Republican political establishment. Where Trump comes in is another aspect of this potential coup plot: He has created a mass movement (some might call it a cult.) Gellman writes that Trump's followers, numbered in the tens of millions, are people who have been convinced that they lost the White House and " are losing their country to alien forces with no legitimate claim to power" --- and they are ready to fight by any means necessary, including bloodshed.

After January 6th, that threat of violence underlies everything else they are doing.

As The Hill reported, Senator Lindsey Graham of South Carolina addressed the GOP Senate caucus this week as they debated whether to allow the Democrats to raise the debt ceiling to prevent the US from defaulting on its debt. Trump was apoplectic that they would do this because he believed the Democrats would suffer politically if the country defaults and the markets crash, which is his fondest hope. Graham counseled his fellow Senators against saving the country saying, "It's pretty obvious to me that this will not be received well by the Republican faithful, including Donald Trump." He said that Majority Leader Mitch McConnell had led them up a hill and they were being shot in the back.

What a metaphor. (It is a metaphor, right?) The Hill quoted another senator saying, "Graham was warning us about what Trump was going to do and 'May God have mercy on your souls." I couldn't have said it better myself.