Jan. 6 PowerPoint reveals many more Republicans were in on Trump's coup plot 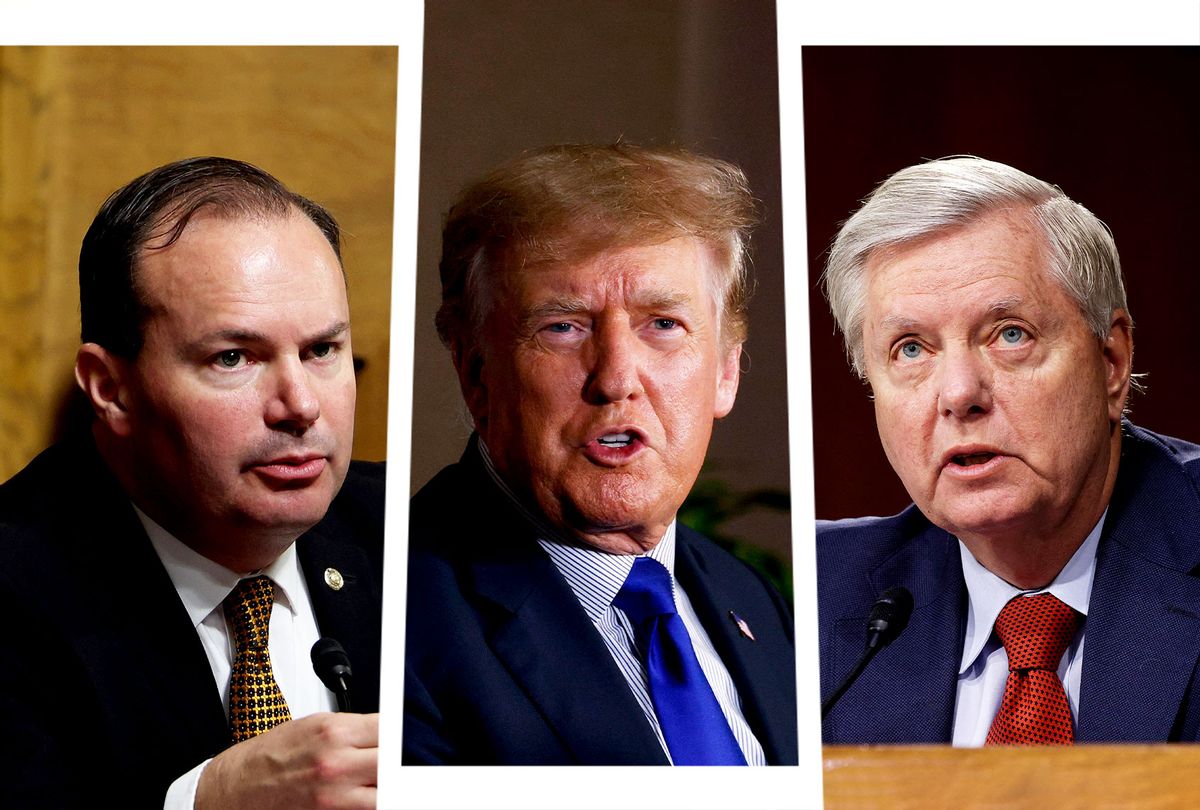 Last week a federal court agreed to schedule Steve Bannon's contempt of Congress criminal trial for July of next year — just as the fall campaigns go into full swing. He must be very pleased. Bannon would like nothing more than to have a big show trial at that moment and be carted off to jail where he can write his Great Replacement manifesto.

With the news that there was a PowerPoint presentation called "Election Fraud, Foreign Interference & Options for JAN 6", reported here by Brett Bachman, Bannon's revolutionary proclamations on his Jan. 5th podcast have become clearer. Recall what he said:

It's understandable that people would suspect that he was talking about the violence that took place when Trump incited his crowd to converge on the Capitol and he may very well have been. He and the others who were plotting at the Willard Hotel in the days before the insurrection were very close to groups like the Proud Boys and Oath Keepers, who had an outsized role in the attack.

But it's clear now that Bannon was also talking about the plans laid out in that PowerPoint presentation which included some of what we knew but also reveals some rather chilling recommendations that add more detail to what was undeniably a coup attempt. When he said, "We are going into uncharted waters. We're going into something that's never happened before in American history," he wasn't kidding.

The presentation indicated that Mike Pence had more than one way to overturn the election. As vice president, he could seat alternate Republican electors (which Rudy Giuliani and the boys were working feverishly to round up), he could reject the electoral votes of the states Donald Trump was disputing (with no evidence) or he could delay by refusing to certify until there was a recount of all paper ballots. That last coincidentally tracks with the fatuous proposal by Senator Ted Cruz, R-Tx, and 11 other senators who planned to delay the count in order to conduct an "emergency audit" in the states Donald Trump was disputing in order to "restore trust in the electoral system." Finally, Pence could just throw up his hands and say there was no way to ever know the real outcome and throw it to the House of Representatives which would vote as if it were a tie and Trump would win under the rules that each state delegation has one vote.

None of those recommendations were remotely constitutional.

Meanwhile, the PowerPoint also recommended that Trump brief Congress on alleged foreign interference in the election, deem all electronic voting in the states invalid, declare a National Security Emergency and put the National Guard on standby. (Politico reported that Chief of Staff Mark Meadows did order the guard to be available to "protect pro-Trump people.") Here's a little flavor of what they had in mind:

The PowerPoint also features some of the looniest conspiracy theories hatched in the wake of the election. One slide states that a "key Issue" is that "critical infrastructure control was utilized as part of ongoing globalist/socialist operation to subvert the will of United States Voters and install a China ally leading to another one advising the president to say the Chinese government interfered in the election as a pretext to declaring all the electronic votes invalid.

This presentation was released by the January 6th Commission because it turned up in former Chief of Staff Mark Meadows' documents which he voluntarily turned over the committee. It took a day or so before the person who circulated it was identified — a former Army Colonel by the name of Phil Waldron, who told the Washington Post that he worked with Trump's lawyers to put it together. Waldron said he contributed the stuff about foreign interference and he claims that he met with Meadows 8-10 times and helped to brief members of Congress before January 6th on what they had in mind, telling the Post that the presentation's recommendations were "constitutional, legal, feasible, acceptable and suitable courses of action." And he's right — if you are plotting a coup in a banana republic.

Not one of the people who read this disgraceful betrayal of American democracy blew the whistle. Well, except for Lara Logan, the Fox News personality who recently compared Dr. Anthony Fauci to infamous Nazi doctor Joseph Mengele. She tweeted out a version of the PowerPoint on January 5th but nobody paid any attention because she has no credibility. And yes, it was reported in Bob Woodward and Robert Costa's book "Peril" that Senators Mike Lee of Utah and Lindsey Graham of South Carolina "vetted" the fraud claims and determined that it wouldn't be prudent to overturn the election. I'm sure others clutched their pearls in the Senate cloak room, worrying about how risky the whole thing was as well. Not that they said anything publicly, of course.

We knew that Trump had many different plans to overturn the election. The memos prepared by right-wing lawyer John Eastman, Trump telling Acting Attorney General Jeffrey Rosen "just say that the election was corrupt and leave the rest to me and the Republican Congressmen" and threatening to replace him with a toady, Jeffrey Clark, if he refused were just a few examples. All of this was grossly unethical.

But this PowerPoint emphasizes just how desperate they were.

They threw everything at the wall in the hope that something would stick, that enough Republicans in Congress would grab on to one of the rationales they offered and agree to at least delay the certification or overturn it outright. When Vice President Mike Pence refused to go along, Trump tried one last gambit. He sent the angry mob he'd just whipped up to march to the Capitol to give the "weak" reluctant Republicans the "pride and boldness" they needed to stop the certification. It's why he sat on his hands for hours as his supporters stormed the Capitol.