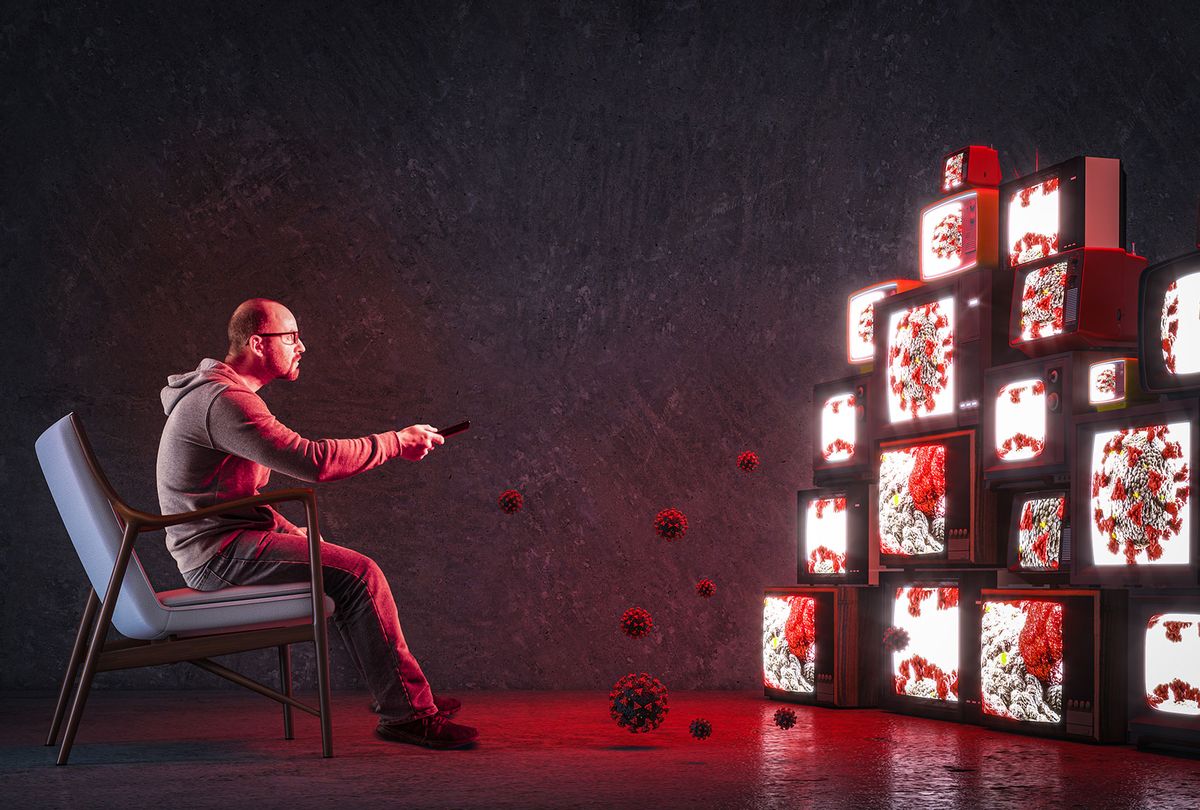 You already know the House Select Committee released text messages sent to Mark Meadows while the January 6 insurrection was underway. Some of them came from three hosts at Fox, imploring the former White House chief of staff to get the former president to stop the violence. What you did not know was that some came from Jake Sherman. The founder of Punchbowl News said so Tuesday night.

"I knew I had communicated a ton with White House officials that day as I sat in the Capitol," Sherman wrote on Twitter. "This thread stuck out to me. That's because they were my texts to meadows." He posted a screenshot of text messages read by ranking Republican Liz Cheney. The full House voted last night to hold Meadows in criminal contempt.

That the press corps was caught up in the sacking and looting of the US Capitol that day is a story only now coming to light. However, that we are only learning of it now is, to put it mildly, amazing. You'd think people whose lives were in danger might set aside their professional interests and tell the American people who's doing what to whom. Instead, since January, the press corps has done more of the same. That might be good for the bottom line. It's bad for democracy.

Among those finding all this amazing is Jeremy Littau. He's a media sociologist at Lehigh University. His weekly newsletter, The Unraveling, covers the press and internet culture. After news broke of three Fox hosts messaging Meadows, thus revealing that they knew who was responsible for the insurgency, Jeremy wrote that the revelation was "one of the most critical political stories of our time. Not media stories. Political stories."

This morning, I asked why.

Jeremy Littau: The press has a habit of treating political coverage and politics as separate categories. There are exceptions, but daily political coverage is churned out by news outlets as if the media environment itself isn't a factor. I think a lot about what Walter Lippmann wrote in Public Opinion almost 100 years ago, that one of the most powerful functions media have is creating narratives out of facts. Politics doesn't happen in a vacuum, but rather it is shaped by media narratives.

What's happening now with Fox is at the nexus of two longer-term trends: the rise of conservative media over the past 30 years and the fracturing of the media landscape. The narrative power pre-1990 was for a general audience. Conservative media is only trying to reach a loyal fraction of that audience. Its rise has coincided with technology change that allows people to self-isolate in their media use.

Those powerful narratives are not just shaping a large portion of the electorate anymore. This is Lippmann's idea on steroids. They have become the way that portion of the electorate sees reality. So when Fox personalities behind the scenes are saying the 1/6 insurrection was a horrible event but going on the air downplaying it, they've been caught misusing that power. That is a damning thing for their claim to be doing news, and it's dangerous for our democracy.

JS: In your reaction to the news yesterday, you said any other news organization would be concerned about misleading audiences. But credibility for CNN is different from credibility for Fox, right?

JL: The news industry largely has treated Fox as a legitimate news operation practicing the same methods as everyone else. That's a reason you don't see journalists doing rigorous work about the broader narratives emanating from the network. That's what I was getting at yesterday. The details of those texts really aren't that shocking if you have some skepticism about how Fox turns its worldview into a methodology that dictates how it gathers and reports news.

It's fair to say consumers have different expectations. Fox's viewers expect conservative news. Hannity hosting political rallies, anchors shaping the news to make Trump look good – those are expectations. Loyalty to ideology and party (not the truth no matter where it leads, as journalism is supposed to be) are the expectation, because that's what was sold to the audience to hook them in the first place.

The only time you lose credibility is if you violate that social contract. Witness what happened when Fox (correctly!) called Arizona for Joe Biden. The audience savaged the network for this. Accurate news didn't fit the expected conservative news network narrative.

JS: I have said before the power of Fox is proportional to the respect given to it by the press corps. You seem to be saying as much.

JL: Yes, though I think the power from peers has less impact now that Fox is a mature brand. Respect from peers has largely meant not challenging Fox's news operation on the whole even though we have evidence going back more than a decade of Fox working with GOP operatives on talking points in ways that shaped the news.

Aggressive coverage 15 years ago might have had an impact on public opinion such that it hurt the channel's credibility. It still would, but the audience is so fractured and stuffed into echo chambers that that effect likely would be diminished. The ship has sailed for the industry to have a real powerful agenda-setting effect on the Fox brand itself.

What might help: sustained storytelling about what Fox is, what role it plays. It should be embedded in stories about everyday political fights. It's hard to really understand anything in politics without assessing the role of conservative media. You have to expose audiences to the sources and vectors of bad information. It's not enough to fact-check.

JS: There is some debate about what Jake Sherman should have done with his experience during the insurrection. Do you have a take?

JL: My first reaction was empathy. How harrowing that must have been! That said, how broken does journalistic objectivity look there? The modern convention that a journalist is there to report the facts, not be chummy with sources and not be the story, gets exposed in moments like this. Objectivity says he shouldn't have sent that text message because that put him in the position of asking sources for favors. Once he sent it, though, he should have revealed he did.

But objectivity really denies humanity. Journalists depend on sources for access and safety. So Sherman played it straight with some expectation the system will work on his behalf – and it doesn't. An introspective industry would try to rebalance the equation here.

RELATED: This man lives in the paranoid alternate universe of Fox News — so you don't have to

That Sherman has to beg, and that he still gets radio silence, tells you what attempts to play it straight have gotten the press. They can't even expect basic decency, let alone leaders protecting a free press.

JS: You said "the power from peers has less impact now that Fox is a mature brand." I might agree if not for the fact that mainstream reporters are ready to amplify Fox's propaganda on account of Fox representing what "the other side" thinks.

JL: I mean let's think through what it would look like to have the industry turn on Fox and aggressively tell stories about its propaganda and misinformation role. The audience is so fractured at this point that such journalism isn't reaching the mass audience it would have 15 years ago. Whole days go by where Fox viewers aren't exposed to the events of the day being told by most other mainstream outlets. So that's why I say "less impact" instead of "no impact." It's about the extent of the reach. Trying to reframe the Fox brand is a real challenge that can't be solved by mere aggressive reporting at this point.

JS: Jeremy, many thanks for chatting with me today!

JL: Absolutely. Thanks for having me!