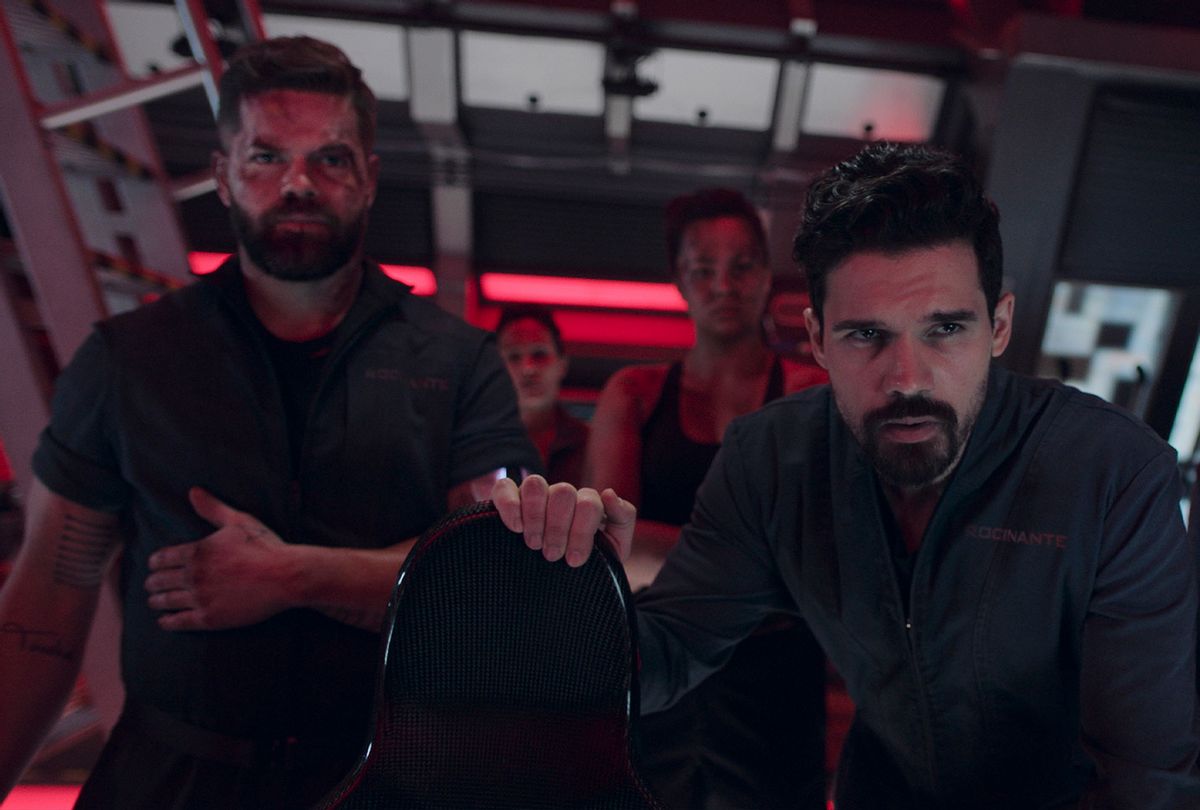 The sixth and final season of "The Expanse," based on the book series by Daniel Abraham and Ty Franck, is up and running, and fans are happy with what they've seen so far.

The only issue is that the final season, which adapts James S.A. Corey's book "Babylon's Ashes," is only six episodes long, down from 10 last season. "That was a decision between Amazon and Alcon Television," showrunner Naren Shankar explained to Gizmodo. "I mean, you always kind of agree on how much money you're going to commit to the production of the show. And that was the decision. It came down to making six episodes of it. It's always a negotiation to some extent. Could we have done 10? Absolutely. Could we have done eight? Certainly. Uh, I don't think we would've been able to tell the season in any less than six."

So that was kind of presented to us as, "Can we tell this story in six episodes?" and our response was, "Let's think about it." We talked about it and we came back with, "Yeah, we can do it, but we're going to have to supersize the sixth episode." That one's really like an episode and a half.

As Franck points out, "these are not six inexpensive episodes," so it sounds like it came down to budget. Of course, with Jeff Bezos behind things, you wonder how budget can ever really be a problem, but whatever. "I think it was also a desire to make sure that we were able to finish it and get the episodes done to be back on [the air] a year after we had been off," Shankar continued. "That was part of it as well, because the way these cycles work on the streamers, I think that that probably entered into the situation."

What got cut from the final season of "The Expanse"?

The team sounds like they're doing the best they can with the six episodes they have to work with, but that does mean that some things were cut. Franck laid out some of the plans they had to drop:

We actually had a bigger part for [season three character] Pastor Anna and a bigger part for [season two and three character] Prax. But as we were doing the season breakdown and figuring out what we were going to do six episodes on, it became clear we couldn't do justice to those stories in the amount of time that we had. So then we trimmed them down to sort of cameos, but still got the point of that story in the cameo. Those are two examples, but there's a lot of decisions like that where we realized we didn't have the space to do the big version of that story. So we would trim it down to this small version.

We'll just be sure to treasure the time we have left with the series.

Will there be a seventh season of "The Expanse"?

"Babylon's Ashes" is the sixth book in "The Expanse" series, but it's not the final one; there are three books left, and fans are wondering if the show could ever come back to adapt them. After all, the series ran fro three seasons on Syfy before it was cancelled and picked up by Amazon for three more. Why couldn't that happen again with a new partner?

"As we always say, there are three more books," Abraham said. "There's a lot more story to tell. Big world! Things could happen."

Like Abraham, Shankar didn't say anything specific, but it sounds like everyone is on board to make more: "The door is open to other things," he said. "And if the stars align, I think you'd find a lot of people willing to participate in it."

And who can make those stars align? Netflix? HBO Max? Someone else? We'll see what happens.