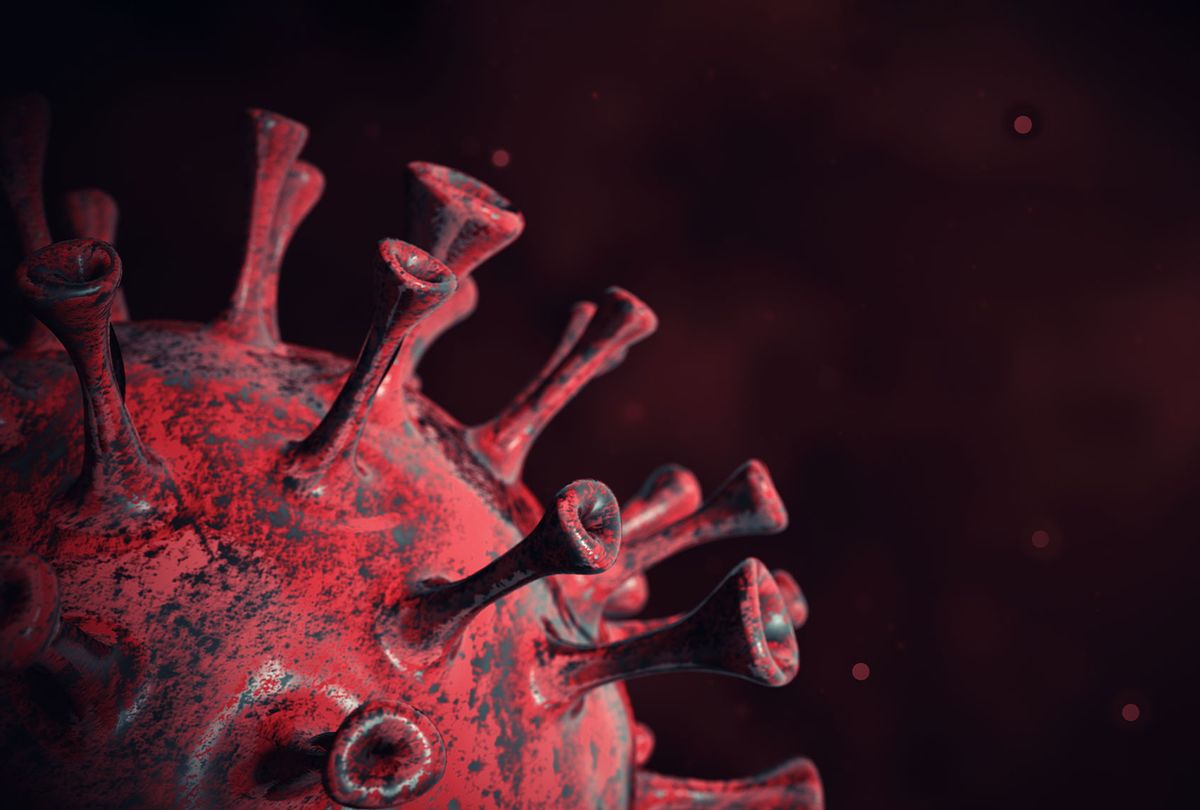 If you want to get a good sense of how the omicron variant of COVID-19 is going to spread in the United States, just look across the ocean. In the United Kingdom and South Africa — two nations in which the omicron variant is quickly becoming more dominant than delta, or has already — infection rates are surging, largely because the variant is so much more transmissible. While current evidence suggests patients stricken with omicron are less likely to require hospitalization or die, huge infection rates have put massive pressure on both nations' infrastructure.

Now that omicron has graced the shores of the United States, we appear to be in the early phases of what the aforementioned countries are experiencing. In New York City, the percentage of people testing positive for COVID-19 doubled in three days this week, with a Mayor Bill de Blasio advisor attributing the spike to the omicron variant. During a Tuesday briefing for the Centers for Disease Control and Prevention (CDC), top federal health officials told reporters that there had been a sevenfold jump in the prevalence of the omicron variant over the course of a single week.

Although the surge could subside after the spring, they added that if current trends persist there may be a public health crisis. This would be especially so if the delta variant continues to wreak havoc, and an influenza epidemic exacerbates the problem caused by the pair of COVID-19 strains. The former scenario is already occurring and the latter is increasingly plausible, at least based on the timetable that scientists have established for when the omicron variant is likely to surge in the United States.

"Based on data from South Africa and Europe we can expect a significant increase in case numbers here in the US in the next several weeks," Dr. Stephen Goldstein, professor at the Eccles Institute of Human Genetics at the University of Utah, told Salon by email. "It is possible to likely that peak cases numbers will exceed last winter's peak."

Dr. Georges Benjamin, executive director of the American Public Health Association, predicted that omicron will become the dominant variant in the United States within three to six months.

The underlying problem is that the omicron variant is more transmissible than previous variants. When it comes to stopping a pandemic, there are few things that epidemiologists dread more than a hyper-transmissible bug.

Dr. Monica Gandhi, infectious disease doctor and professor of medicine at the University of California–San Francisco, also said that the omicron variant is "more transmissible and will cause a wave of new infections," but added that "there is now evidence that Omicron is less severe than previous strains." What scientists do not yet know, she added, is "if this is because of increasing cellular immunity in the population in December 2021 versus an inherent property of the strain that makes it less virulent."

Beyond transmissibility, the next-biggest concern with omicron is the question of vaccine resistance. In the past six months, the delta variant's spread was blunted by the number of vaccinated Americans — and while delta was faintly vaccine-resistant, the majority of COVID-19 hospitalizations and deaths in the United States were among the unvaccinated, prompting the head of the CDC to dub the situation a "pandemic of the unvaccinated."

Yet omicron may be more vaccine-resistant than delta, primarily for reasons relating to mutations on the spike protein. B.1.1.529 (the omicron variant's official name) has 30 mutations located near the spike protein — which is worrying mainly because the mRNA vaccines produced for COVID-19 specifically target it. The spike protein comprises the spikes that jut out from around the SARS-CoV-2 virus' central sphere like spines on a sea urchin. The virus uses those spikes to enter a body's cells, like a pick being used to open a lock, while existing vaccines help one's cells produce proteins like those on the spikes that the immune system produces antibodies against. If the mutations sufficiently alter the spike protein, the body's immune system may be less adept at recognizing the virus, having been prepared to fight a different version of the spike.

"The two vaccinations, typically of any of the vaccines, offer virtually no protection against infection and transmission," Dr. William Haseltine, founder and former CEO of Human Genome Sciences and currently the chair and president of the global health think tank Access Health International, told Salon. "Three vaccinations offer only very temporary protection after three months."

Haseltine also noted that the vaccines were adept at reducing hospitalization and death, perhaps even by as much as tenfold, but "will not eliminate it." And, he added, the vaccines "will not spare those who are infected from you who are not similar protected from the consequences of the disease, which can be quite serious." That's because the vaccine is defensive, Haseltine said: it does not stop the virus from entering the body, only fights it once it is inside.

Goldstein drew attention to a different caveat to the undeniable advantages of pre-existing immunity (whether through vaccination or infection).

"While encouraging on an individual basis, this coming surge will almost certainly produce enough severe infections to overwhelm already stretched healthcare resources," Goldstein pointed out. "Double vaccination or prior infection, though they likely blunt severity, will not provide substantial protection from infection and onward transmission of omicron. It is imperative that people get vaccinated and/or boosted as soon as possible to protect themselves from the imminent omicron surge."

Medford seemed more cautiously optimistic in his assessment. He told Salon that the omicron variant was "considerabl[y] more resistant than delta to the neutralizing antibodies generated by our first line mRNA vaccines, and even more so with other vaccine types" and added that "fortunately, a third dose of the mRNA vaccine, or booster, appears to largely correct this vaccine resistance." He said he thinks it is likely that the mRNA vaccines remain effective, "especially with a third dose booster," when it comes to preventing hospitalizations and deaths from serious omicron variant infections — although he added this has not been formally documented.

When it comes to the long-term consequences of the omicron variant in terms of the COVID-19 pandemic, two of the experts who spoke with Salon used the same word — "endemic."

"The pandemic is transiting into a phase where it is endemic," Benjamin told Salon. "This means there will episodic outbreaks that will be managed by contact racing, individual quarantines, targeted closures of activities or events and vaccinations /revaccinations for people that need it. Eventually as the disease becomes less severe/lethal some of these pubic health measures may be relaxed."

Medford had a similar observation.

"COVID-19 variants such as omicron and others in the future will become an endemic feature of this disease akin to seasonal influenza," Medford explained. "The data today with current vaccines are promising in that full vaccination (3 doses) are remain effective even in the face of new and structurally different viral variants."

If COVID-19 truly is going to be endemic, then perhaps policymakers will need to take that into account. Looking forward, Gandhi (who did not use the word "endemic" in her email) suggested that it might be wise for public health officials to base their policies off of hospitalizations rather than infections, given that the omicron variant could lead to a surge of mild cases.

"We are likely to get many cases with omicron worldwide but – since the severity of disease is reduced — the impact of this variant (and restrictions such as mask mandates and capacity limits) should be based on hospitalization metrics for COVID-19," Gandhi pointed out. "If the omicron variant is that transmissible but causes less severe disease, it is likely to find unvaccinated individuals, leading to more immunity in those populations, and infect even vaccinated individuals, boosting their immunity even further — which will hasten more immunity and hopefully make the pandemic calm own worldwide."