Txakoli is light on alcohol, delicate in flavor, and can be enjoyed before, during, and after a meal 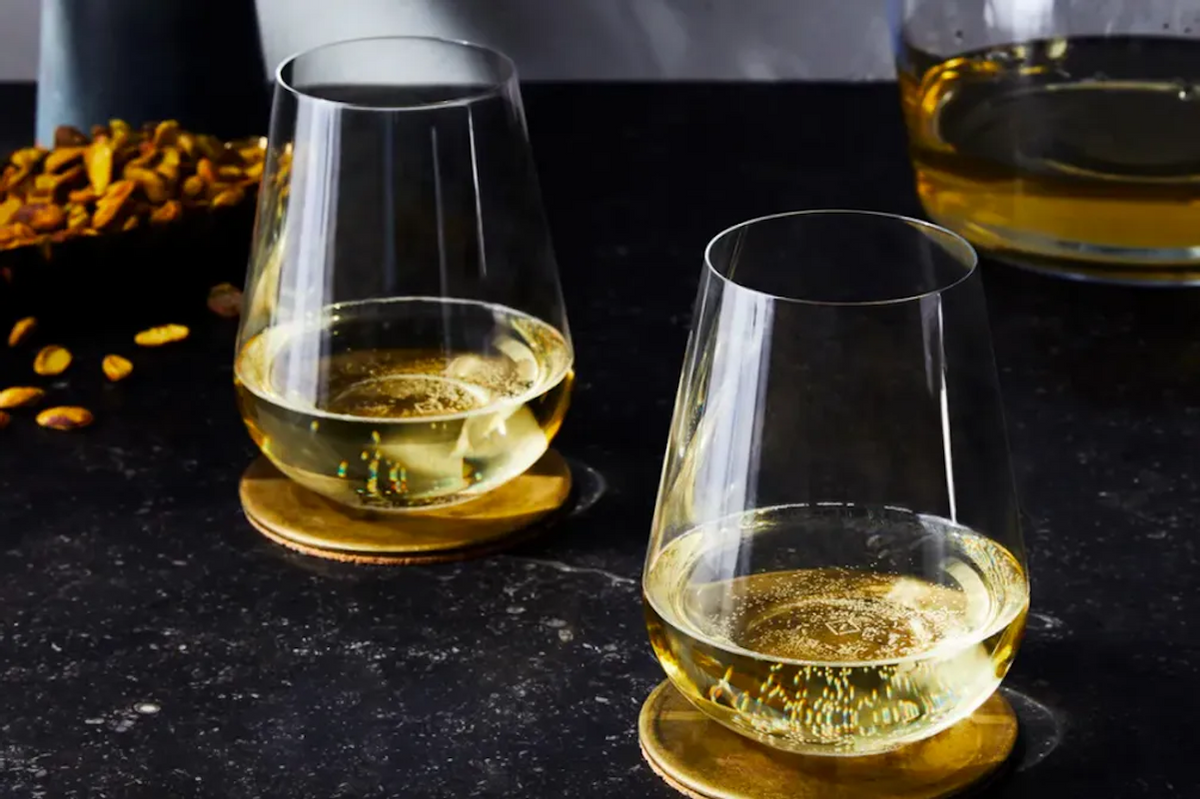 If you're looking to switch up your usual Sauvignon Blanc or Pinot Grigio, there's a lesser-known, super versatile white varietal that belongs on your table: Txakoli. Pronounced "cha-ko-lee" (and sometimes called "chacoli" or "txakolina"), this Basque wine is light on alcohol, delicate in flavor, and can be enjoyed before, during, and after a meal.

My first encounter with Txakoli was in the Spanish seaside town of San Sebastian, where my husband and I found ourselves on our first pintxos crawl. We asked the bartender for a recommendation to go with the array of small bites we had chosen, and without hesitation, he pulled out a slender green bottle from a bucket of ice, held it high overhead, and poured the wine into two glass tumblers with a flourish. Bright, with plenty of acidity, and slightly effervescent on the tongue, it was a perfect accompaniment to nearly every dish, from garlicky shrimp to jamon iberico. Because of its versatility (and the great memories it brings of these bars in San Sebastian), Txakoli has been in regular rotation at my house ever since.

Hailing from the Basque Country in the northeast of Spain, Txakoli is made primarily from the grape Hondarrabi Zuri, a variety that thrives in the cool maritime climate of the region. When someone mentions Txakoli, you can almost always assume they're referring to the white version of this wine, but it is also made as a red (using the grape Hondarrabi Beltza), as well as a rosé, which uses both red and white grapes. There are three main areas that make Txakoli — Getaria, Bizkaia, and Alava — each considered a Denominación de Origen Protegida (or DOP, an area bound by specific rules on the production of food and wine), and each have their own characteristics. Wine made from vineyards located closer to the sea might have an element of cool salinity, while vineyards in a warmer area typically create wines that are less acidic with a higher alcohol content.

Regardless of which DOP your Txakoli comes from, the result is a dry, refreshing wine with lots of acidity and minerality. Its flavor profile often includes notes of citrus and green fruits, sometimes with notes of peach, pineapple, fresh herbs, and a zesty mineral finish. One special characteristic is the barely perceptible effervescence that emerges when it is poured in the traditional Basque way, by holding the bottle high — at least shoulder height — and letting the wine stream into a flat-bottomed glass with tall sides. This helps to aerate the wine and encourage the bubbles, bringing out the wine's youthful, slightly fizzy character. (Note: this technique takes some practice!)

So what to eat with this? Seafood and light poultry dishes will definitely go well with Txakoli, but so will salty items like cured meats, aged cheeses, and briny olives (try it with gildas, one of the most emblematic pintxos of the Basque country). If you want to sip it on its own, it is an excellent aperitif, and thanks to its low alcohol content (anywhere from 9.5 to 11.5% ABV), can be enjoyed well past your meal without getting you overly inebriated.

While Txakoli remains a lesser-known wine on this side of the Atlantic, it has found its way onto restaurant wine lists and a selection of specialty retailers. Some of my personal favorites include Txomin Etxaniz, Ameztoi, and Urionda. You can expect to pay between $18 and $25 a bottle, making it a fairly affordable choice to serve this season during any food-centered activity or holiday gathering.