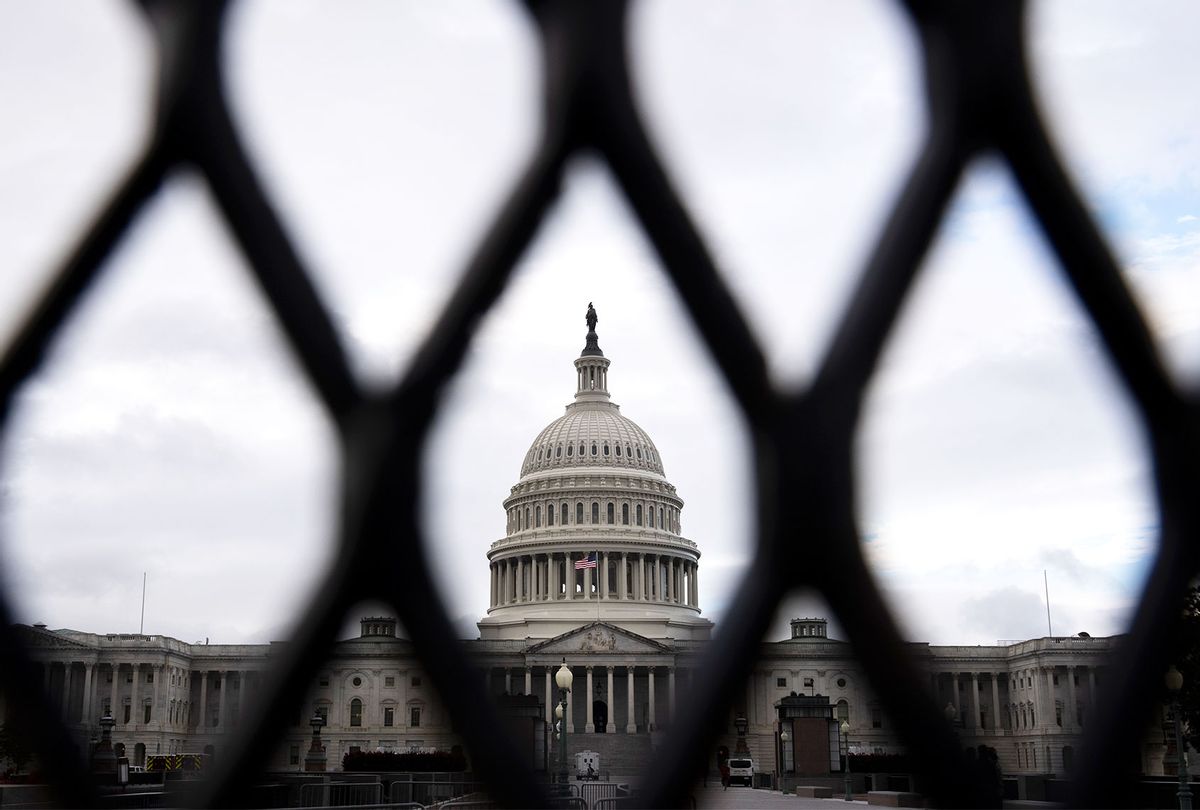 The U.S. Capitol stands behind security fencing on September 17, 2021 in Washington, DC. Security in the Washington, DC been increased in preparation for the Justice for J6 Rally, a rally happening this weekend in Washington for support for those who rioted at the U.S. Capitol on January 6 to protest the 2020 presidential election outcome. (Drew Angerer/Getty Images)
--

"We — all of us former senior military officials — are increasingly concerned about the aftermath of the 2024 presidential election and the potential for lethal chaos inside our military, which would put all Americans at severe risk," the generals wrote.

The generals laid out a hypothetical scenario that could lead to a divide within the armed forces if there is a repeat of what happened following the 2020 presidential election.

"Imagine competing commanders in chief — a newly reelected Biden giving orders, versus Trump (or another Trumpian figure) issuing orders as the head of a shadow government," they wrote. Worse, imagine politicians at the state and federal levels illegally installing a losing candidate as president."

If the next election is also contested, there could be a divide when it comes to service members deciding where their loyalty lies. Although they've taken a vow to protect the U.S. Constitution, there could be debates about what that means if a presidential election outcome is fiercely challenged.

"All service members take an oath to protect the U.S. Constitution. But in a contested election, with loyalties split, some might follow orders from the rightful commander in chief, while others might follow the Trumpian loser. Arms might not be secured depending on who was overseeing them. Under such a scenario, it is not outlandish to say a military breakdown could lead to civil war."

The generals warned that a divided military would leave the United States vulnerable in regard to national security. "In this context, with our military hobbled and divided, U.S. security would be crippled," they wrote. "Any one of our enemies could take advantage by launching an all-out assault on our assets or our allies."

Although the 2020 presidential election is behind us, the generals warned that now is the time to prepare for the future due to the ongoing division that still exists across the country. They later added, "With the country still as divided as ever, we must take steps to prepare for the worst."