That’s all of us, right? 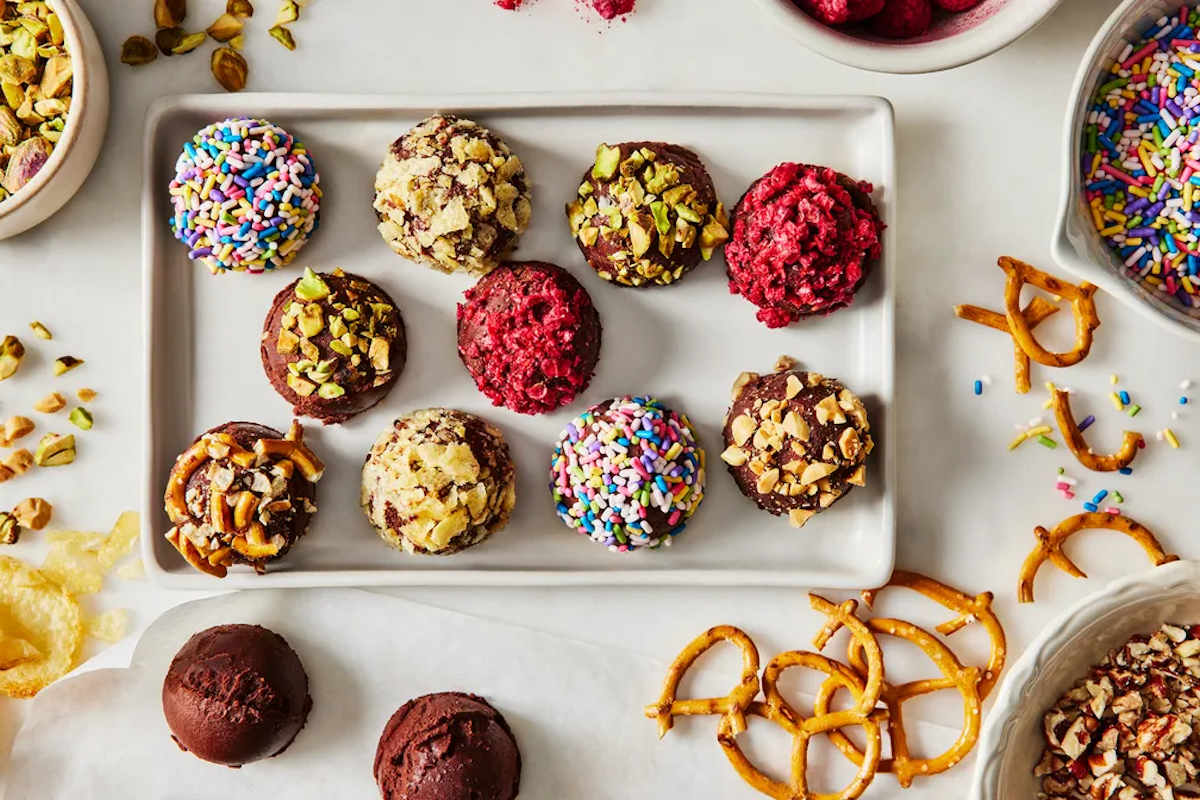 There is a running gag at my family festivities, maybe yours, too, that by the time the pie or tart or cake joins the party, everyone is already so stuffed, they only want "a sliver — just a sliver — no, no — even smaller than that." So instead of making a pie or tart or cake, why not make something sliver-sized to begin with?

Though chocolate truffles are named for their resemblance to the "edible subterranean fruiting body of several European ascomycetous fungi" that costs hundreds of dollars a pound, these candies are relatively humble. You don't need a pig to hunt them down. Nor do you need a lot of money or ingredients or time or effort.

One of the earliest recipes for them, from "Rigby's Reliable Candy Teacher" in the 1920s, instructs: "Dip a plain vanilla cream center, one as small as possible in milk chocolate coating, then before the coating dries, roll each piece in macaroon coconut so that the coconut sticks to the chocolate. Now lay them on a sheet of wax paper and allow to dry."

Modern truffles are even simpler. The cream center and chocolate shell have streamlined into a creamy, chocolatey orb. Every recipe is different, but also the same: Make a ganache (chocolate plus cream). Perhaps add butter or shortening, and maybe vanilla, too. Chill until firm. Scoop into portions. Roll into balls. Dust with cocoa.

Vanilla is a no from me. No disrespect to vanilla, which I love — say in vanilla ice cream or vanilla pound cake. But did you know that most commercial chocolates already include it? They do.

Butter or shortening, also a no, also no disrespect. With enough cream — my golden ratio is equal parts cream and chocolate by weight — the flavor is rich enough, the texture is silky enough, and that butter can be saved for toast.

The only catch? We actually aren't using any cream. At least, not heavy cream. Instead, enter crème fraîche. This French-style cultured cream has the tanginess of sour cream, butteriness of labneh, and happiness of a lazy Saturday morning. Plus, it can be heated without curdling, a godsend for melting chocolate.

It's a little swap that makes a big difference. While heavy cream can be just that — heavy — crème fraîche is lively, like a cup of coffee after rolling out of bed. Coupled with bitter chocolate, the tartness is so subtle that someone might not be able to name the ingredient (in fact, none of my relatives could), but compelling enough that they'll ask, "Why is this so good?"

So good you can't help but eat one or three. Even if you didn't save room for dessert.