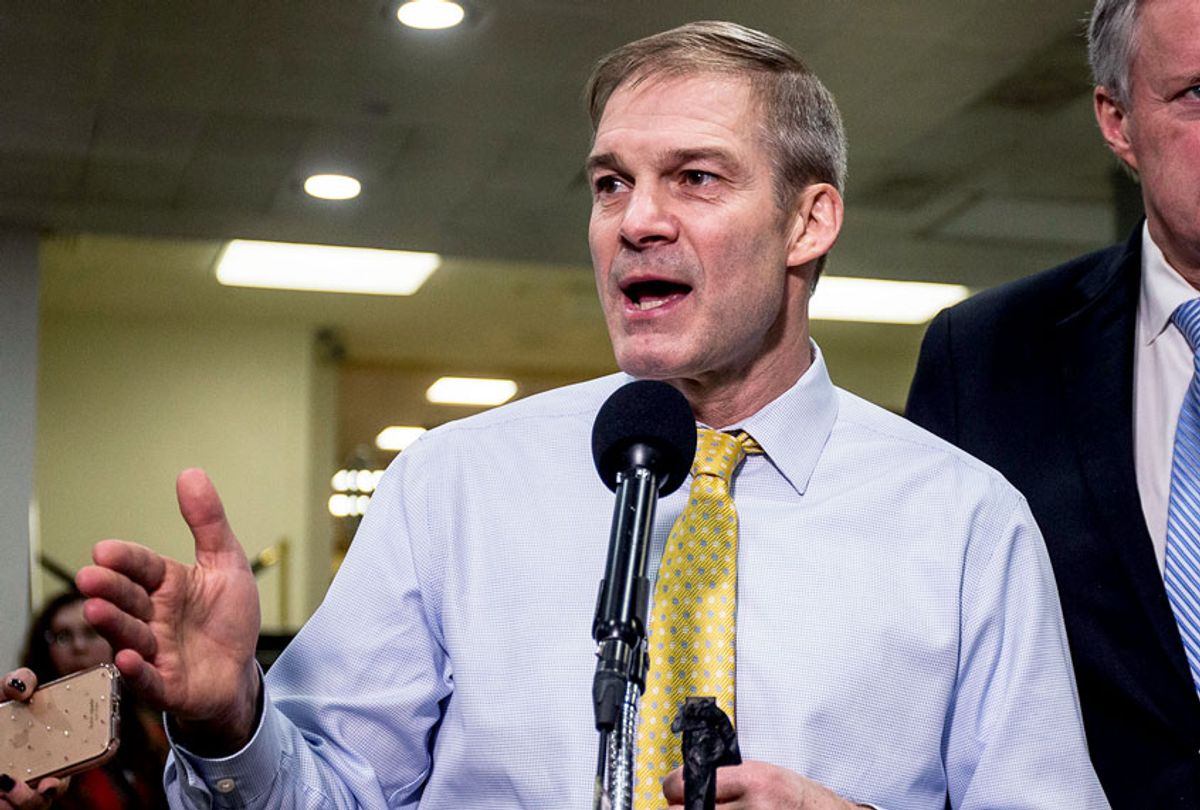 The House Select Committee to Investigate the Jan. 6 attack on the U.S. Capitol has zeroed in on at least two House Republicans, with Rep. Jim Jordan, R-Ohio, becoming the latest on Wednesday when the committee called for his "voluntary cooperation" in their probe.

Rep. Scott Perry, R-Pa., who is currently under federal scrutiny by the House committee investigating the Capitol riot, has already denied the panel's request to sit down for an interview, calling the committee's purpose "illegitimate."

"I stand with immense respect for our Constitution, the Rule of Law, and the Americans I represent who know that this entity is illegitimate, and not duly constituted under the rules of the US House of Representative," Perry said in a statement. "I decline this entity's request and will continue to fight the failures of the radical Left who desperately seek distraction from their abject failures of crushing inflation, a humiliating surrender in Afghanistan, and the horrendous crisis they created and refuse to address at our southern border."

On Monday, committee chairman Bennie Thompson, D-Miss, asked Perry to sit down with the panel to discuss his apparent communications with Donald Trump and various Justice Department officials ahead of the Capitol riot.

In a letter, Thompson alleged that the Pennsylvania Republican played "an important role" in Trump's attempt to oust the then-acting attorney general, Jeffrey Rosen, with Jeffrey Clark, a lower-level agency official who was sympathetic to the former president's claims of widespread election fraud.

According to the Thompson's letter, the select committee is "aware that [Perry] had multiple text and other communications with President Trump's former Chief of Staff regarding Mr. Clark."

"We have information indicating that [Perry] communicated at various relevant times with the White House and others involved in other relevant topics, including regarding allegations that the Dominion voting machines had been corrupted," the panel added.

Back in October, Perry's name was mentioned at least fifty times in a Senate Judiciary Committee report detailing Trump's attempted weaponization of the Justice Department – a bid which ultimately fell apart. According to the committee's report, Perry reportedly arranged a December 2020 call with Richard Donoghue, then the Justice Department's second-in-command, asking the DOJ official to probe "things going on in Pennsylvania" with respect to alleged voting irregularities. Pretty also reportedly recommended that Clark be more involved in the agency's probe of last year's election results.

It remains unclear whether the committee intends to subpoena Perry.

Back in November, after multiple failed bids to sit down with Clark, the committee voted to hold the ex-DOJ official in contempt. Among those also under investigation include ex-Trump aide Steve Bannon and Mark Meadows, former White House Chief of Staff – both of whom have already been charged by the House with contempt of Congress.

RELATED: Steve Bannon's criminal indictment is the best thing that's ever happened to him