The payments, which were set to restart on February 1, have been delayed until May 1, 2022 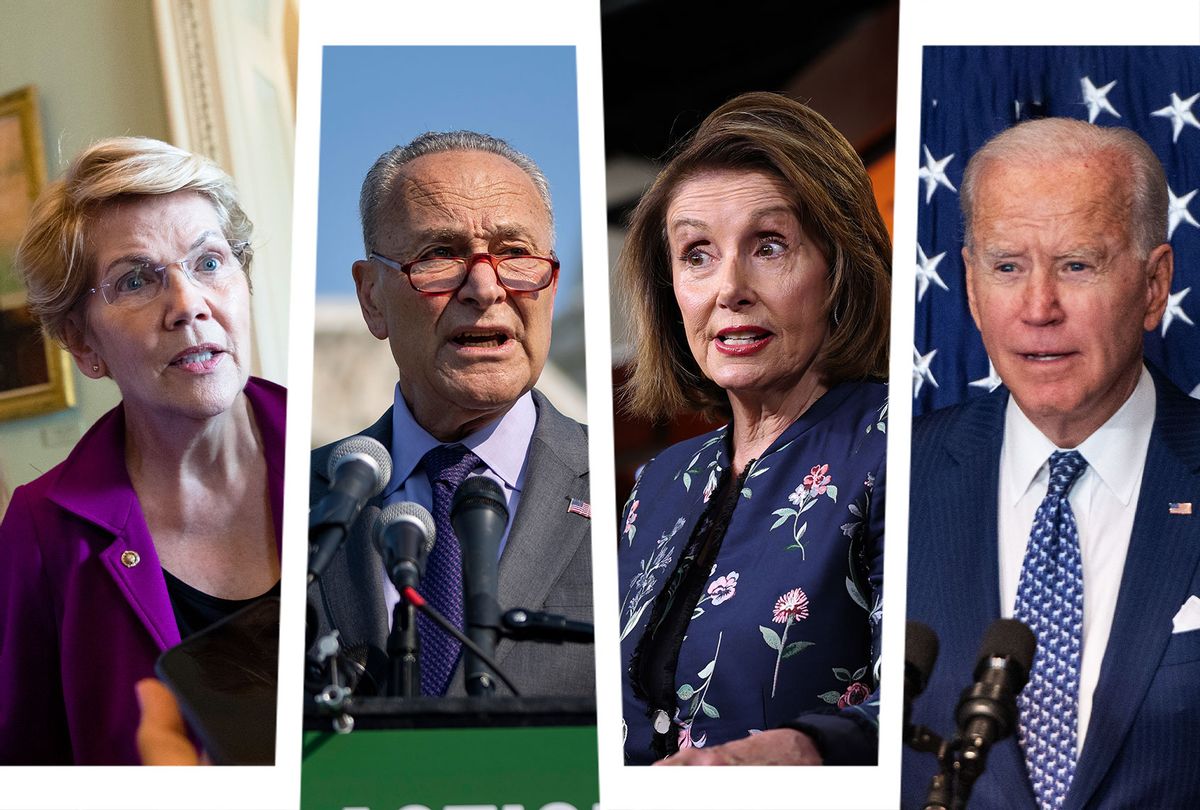 As the Democratic fissure on the student loan crisis continues to widen, the White House announced on Wednesday that it plans to extend the freeze on student loan repayments due to the pandemic.

Originally set to resume on February 1, 2022, loan repayments that had been paused since the start of the pandemic are now scheduled for May 1.

President Joe Biden's campaign promise was to sign a bill forgiving debt but Congress has long been stymied on the issue.

House Speaker Nancy Pelosi, D-Calif., recently argued that Biden lacks the power to cancel student debt – a claim that progressives in Congress actively dispute. "People think that the President of the U.S. has the power for debt forgiveness, he does not," Pelosi told reporters during the summer: "He can postpone, he can delay, but he does not have that power. That had to be an act of Congress."

But over in the Senate, Elizabeth Warren, D-Mass., a progressive crusader against student debt, put pressure on the president to deliver students a ​​debt jubilee. "We're here today to say, 'Tick tock, tick tock, Mr. President. Millions of Americans ask you now to pick up a pen to cancel student loan debt. To pick up a pen and extend the payment pause," Warren said.

Meanwhile, Sen. Majority Leader Chuck Schumer, D-N.Y., a mainstream Democrat who has in the past been at odds with his progressive counterparts, has largely sided with Warren.

"For many Americans with student debt, the COVID-19 crisis turned their financial difficulties into catastrophes. Even before the pandemic, 43 million Americans owed nearly $1.7 trillion in student loan debt," Schumer wrote in an on Tuesday with Natalia Abrams, the executive director of Student Debt Crisis. "Paying off that much debt is arduous during normal times, but once the economy collapsed during COVID-19 and tens of millions of Americans lost their jobs and incomes, it became nearly impossible."

They duo added: "That is why we recently came together as a proud coalition of lawmakers and organizations to write letters to President Joe Biden asking him to extend the pause on student loan payments at least until next spring, and reiterated our appeal that he go further by canceling $50,000 in student debt per borrower immediately by executive action."

On the campaign trail, President Biden initially made a pledge to cancel student debt as long as debtors paid it back with national or community service, as CNBC noted. However, back in February, the president said that he wouldn't cancel student debt by executive order, telling viewers in a Town Hall: "I will not make that happen. I'm prepared to write off $10,000 [in] debt, but not $50[,000]."

According to a May report by The Washington Post, Biden's student debt promise appears to be completely absent from White House budget proposal, which has left progressives wondering precisely how the president intends to address the crisis – especially when Senate Republicans can conceivable parry any student debt legislation with the filibuster.

Last year, over 230 organizations signed onto a letter urging Biden to cancel student debt, citing its specific impact on communities of color.

Whether Biden can unilaterally cancel student debt remains an open question in the legal realm. According to PolitiFact, a president may be able to do so by invoking the 1965 Higher Education Act, which vests the Education Secretary with the authority to "enforce, pay, compromise, waive, or release'' federal student loans – just in the same way Biden was able to pause the debt at the height of the pandemic. Though experts disagree on just how big the scope of the law's application could be.