Potter shot and killed Daunte Wright in April, later saying she mistakenly grabbed her gun instead of a taser 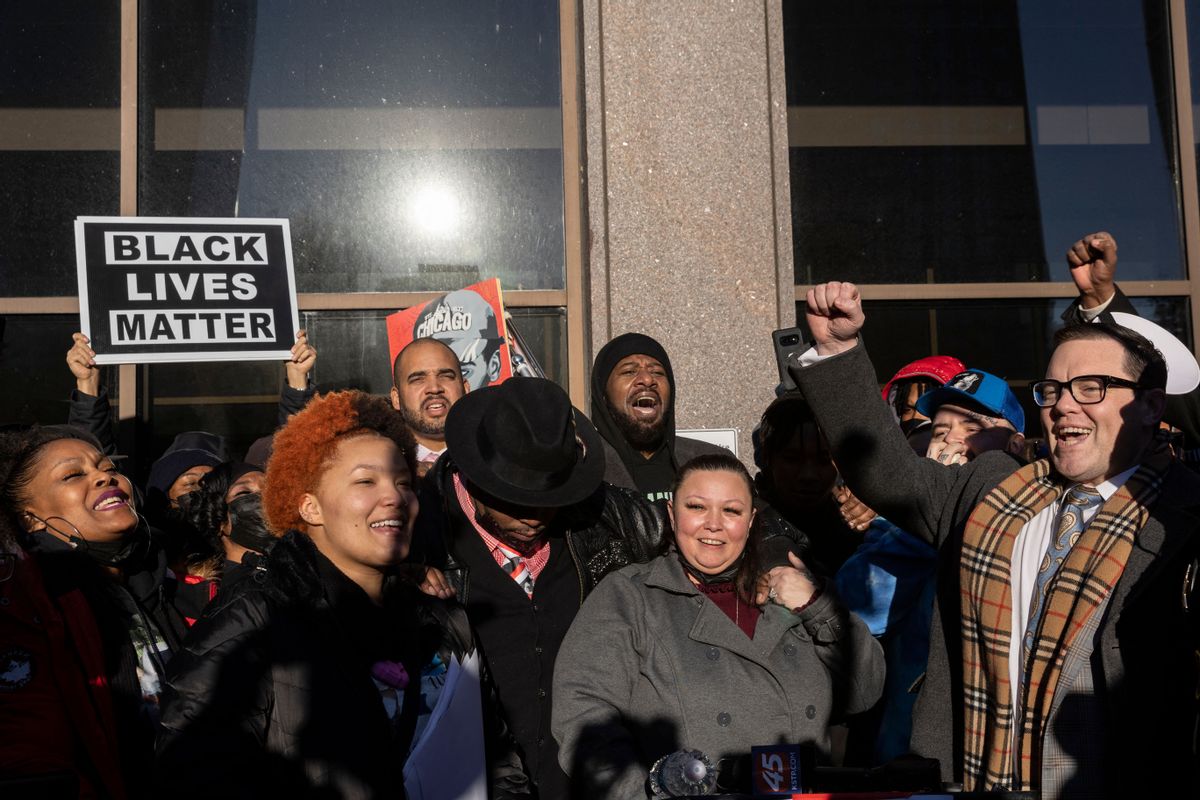 Katie Wright, center, and Aubrey Wright, left, parents of Daunte Wright, celebrate outside the Hennepin County Courthouse after the verdict was announced in the trial of former police officer Kim Potter in Minneapolis, Minnesota. (KEREM YUCEL/AFP via Getty Images)
--

This Thursday, former Minnesota police officer Kim Potter was found guilty of first-degree and second-degree manslaughter for fatally shooting 20-year-old Daunte Wright, who is Black, when she mistook her service weapon for a Taser in April.

Potter did not react as Judge Regina Chu read the guilty verdicts in court.

The former policewoman had pleaded not guilty and claimed the shooting was an accident, saying she mistakenly grabbed her firearm instead of her Taser stun gun.

In emotional testimony she had described how what was meant to be a routine traffic stop became "chaotic" in Brooklyn Center, a suburb of Minneapolis, Minnesota, in April.

"I remember yelling 'Taser Taser Taser.' And nothing happens, then he told me I shot him," Potter said, bursting into tears.

On Sunday, April 11, 2021, the white policewoman was patrolling with a colleague who decided to look up the driver of a white Buick that had committed a minor traffic violation.

After realizing that the driver was the subject of an arrest warrant, the police officers decided to arrest him.

Wright, who was unarmed, resisted being handcuffed and restarted his car to try to flee. Potter then drew what she said she thought was her Taser.

On a body-camera recording of the scene, Potter can be heard shouting "Taser" several times, before shooting with her gun and fatally wounding Wright.

The incident came during the trial of white policeman Derek Chauvin, who had asphyxiated George Floyd in Minneapolis in May 2020 by kneeling on his neck for some nine minutes.

"Today's verdict is an act of accountability for the actions of one police officer in a system that regularly brutalizes Black, Indigenous and People of Color," Mirella Ceja-Orozco and Elizer Darris, Co-Executive Directors of the Minnesota Freedom Fund, said in a statement.

"At the same time, no amount of prison time, money, or other forms of retribution can bring Daunte Wright back to his family and loved ones. That's why this jury's verdict is above all about the horrific loss of Mr. Wright, a young black man living in Minnesota, to police violence. We want to remember his life and uplift his family during this trying time. We long for the day that shootings like this aren't initially shrugged off as just another example of police violence towards Black and Brown people."

With additional reporting via AFP