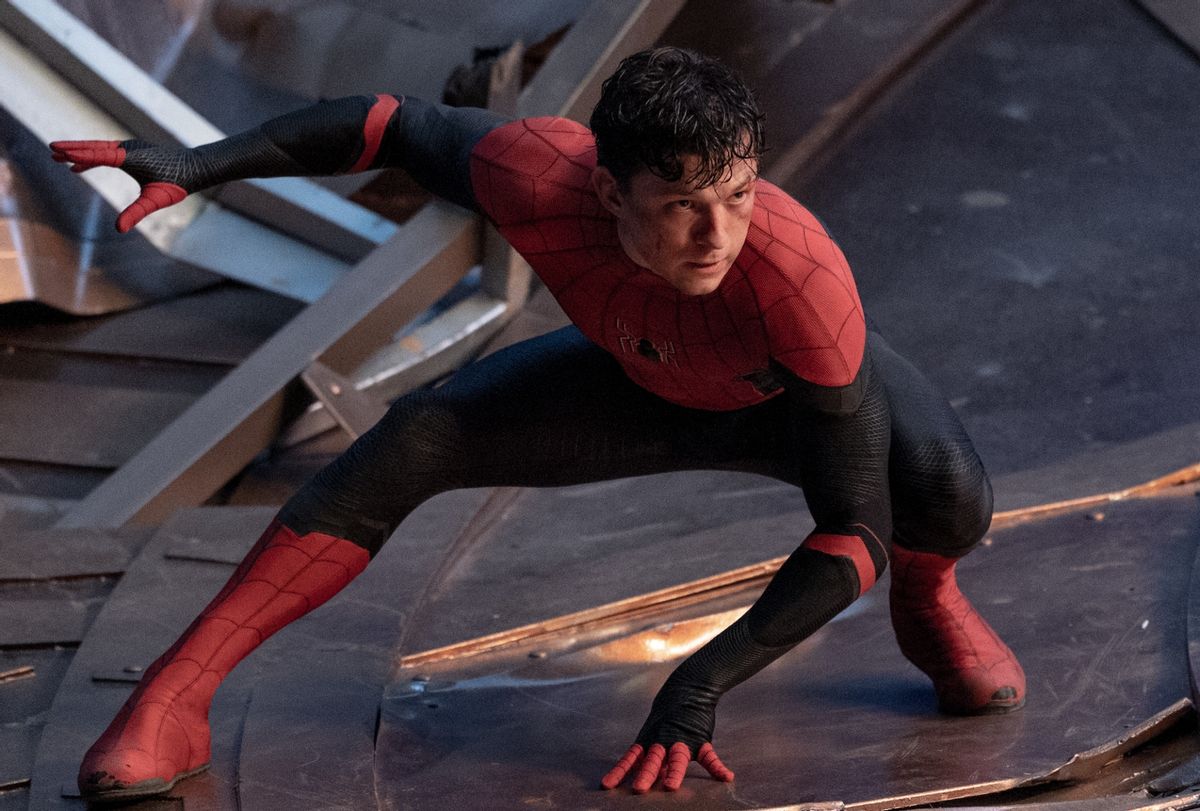 "Spider-Man: No Way Home" is the most successful film in the world right now, by a wide margin. In fact, it's the first movie since 2019 to make over $1 billion at the box office, and it did that in only 12 days. In the history of Marvel movies, only "Avengers: Infinity War" and "Avengers: Endgame" have reached that milestone faster, and neither of them came out during a global pandemic.

Might there be awards gold for No Way Home in addition to immense popularity? According to The Hollywood Reporter, Marvel Studios is going to make an Oscars push for the film, with president Kevin Feige comparing the movie to 2003's "The Lord of the Rings: The Return of the King," which picked up a boatload of Academy Awards back in the day. "In the way 'The Return of the King' was sort of a celebration and culmination of all of that amazing work that had been done on that trilogy, this is a celebration both of our 'Homecoming' trilogy and of the five other incarnations of 'Spider-Man' that had happened before," he said.

I get the idea that Tim Rothman is a fan of quality commercial cinema, don't you?

But once you start talking about giving out Oscars for Marvel movies, you inevitably run into the "Are Marvel movies cinema?" debate, the one kicked into overdrive by legendary director Martin Scorsese a couple years back. "Honestly, the closest I can think of them, as well made as they are, with actors doing the best they can under the circumstances, is theme parks," Scorsese said at the time. "It isn't the cinema of human beings trying to convey emotional, psychological experiences to another human being."

One person who strongly disagrees is Tom Holland, who has played Peter Parker in the Homecoming trilogy. "You can ask [Martin] Scorsese, 'Would you want to make a Marvel movie?' But he doesn't know what it's like because he's never made one," Holland told THR. "I've made Marvel movies and I've also made movies that have been in the conversation in the world of the Oscars, and the only difference, really, is one is much more expensive than the other. But the way I break down the character, the way the director etches out the arc of the story and characters – it's all the same, just done on a different scale. So I do think they're real art."

I mean, you can also ask Benedict Cumberbatch or Robert Downey Jr. or Scarlett Johansson – people who have made the kinds of movies that are 'Oscar-worthy' and also made superhero movies – and they will tell you that they're the same, just on a different scale. And there's less Spandex in 'Oscar movies.'