As much as we enjoyed the extended "Rogers: The Musical" number, this could've connected to another MCU property 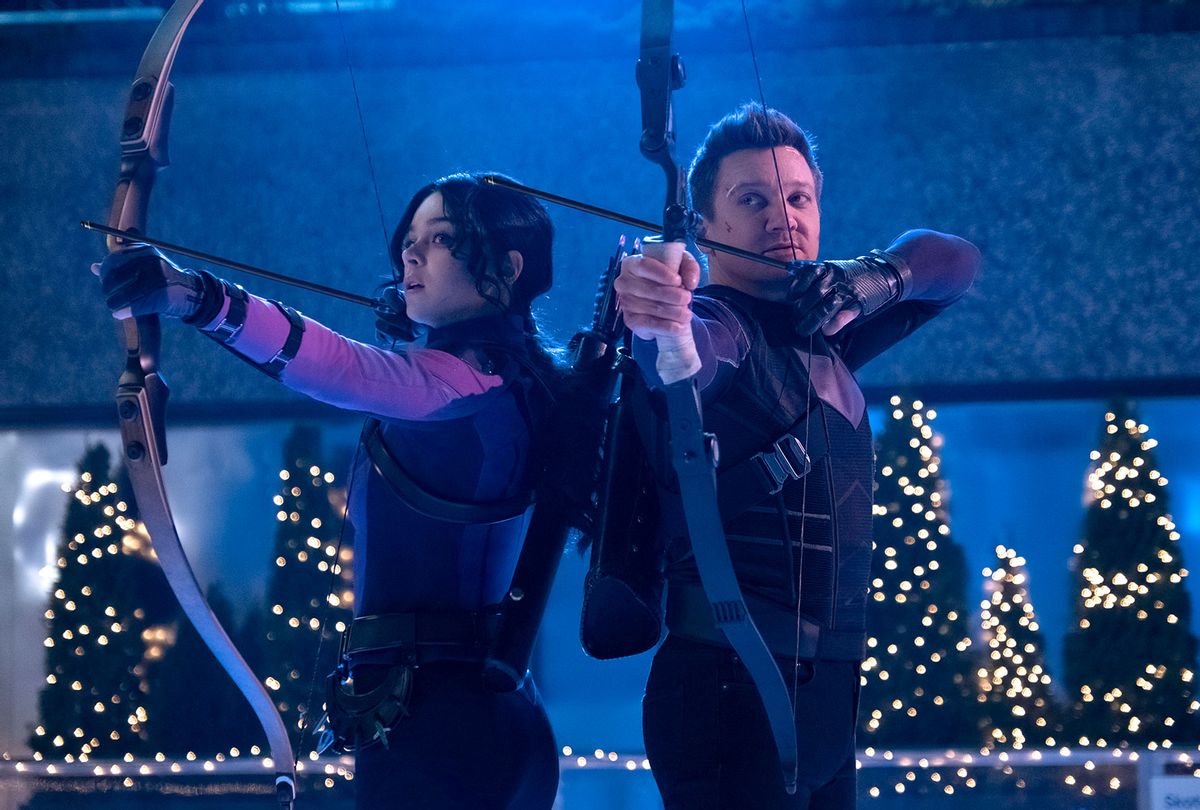 Marvel went all out on the holiday cheer last week with the season finale of "Hawkeye." Yes, there were deadly showdowns and cathartic bonding moments, but above all, the final episode of the show's first season was about superheroes getting their superhero business done in time to be home for Christmas.

It's fitting, then, that Marvel opted to make the finale's post-credits scene the equivalent of a fun thank you for viewers. (Very minor SPOILERS ahead for "Hawkeye.")

It's become a long-running tradition by now that most Marvel films or shows have some kind of tease during the end credits which sets up an upcoming projects. For example, "Black Widow's" post-credits stinger showed Yelena Belova (Florence Pugh) getting recruited by the shadowy Val (Julia Louis-Dreyfus) to hunt down Clint Barton, which we saw come to fruition in "Hawkeye." 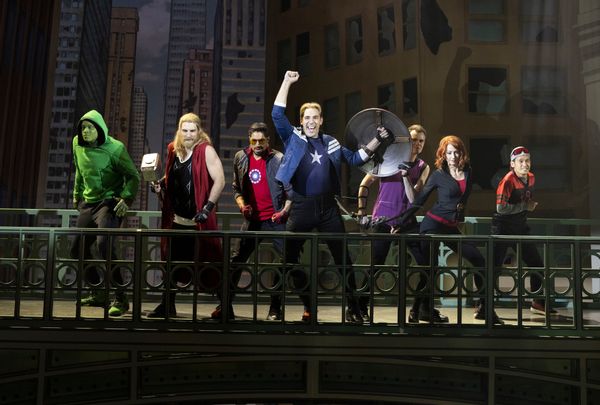 With "Hawkeye," Marvel instead opted to give fans a full version of the "Rogers: The Musical" song, "Save The City." This is the song that Clint (Jeremy Renner) and his family are watching on Broadway in the show's opening episode, with that ear-worm "I could do this all day" refrain. It's no "Agatha All Along," but it's not a bad song by any stretch and it felt like a pretty appropriate send-off considering that the finale aired just days before Christmas. The good cheer was only bolstered by the fact that the post-credits version of the song guest starred Rent original cast member Adam Pascal and Ty Taylor, the voice of Lester Grimes on the show Vinyl.

All in all, it was a good time even if it didn't move the plot forward for the MCU in any way.

"Hawkeye" was going to have a different post-credits scene

However, we now know that Hawkeye originally had a different post-credits stinger planned. But don't expect this one to be any more substantial. Apparently, it was always in the cards for "Hawkeye" to have a light send-off.

Per Deadline, Elaina Scott, who is a former employee at Digital Domain who also worked on "Loki," took to Twitter the day after the Hawkeye finale aired to tease fans about what they missed in the show's original post-credits scene. For what it's worth, Digital Domain states that it did not work on any elements on "Hawkeye."

The post credits [of] the finale of Hawkeye was meant to the owl taking the [bros] to its nest, kinda sad they cut it. Would have been hilarious!!

The owl she's referring to here is the one Clint Barton came face-to-face with while he was dangling from the Rockefeller Christmas tree. During the climactic showdown with the Tracksuit Mafia, his protégé Kate Bishop (Hailee Steinfeld) shrinks one of their vans with a Pym-tech arrow. Before she and Clint can figure out what to do with the tiny van full of bros, the owl swoops down and carries it off.

It was a fun bit of classic Marvel humor, and now we know that originally the joke was meant to keep running.

But since we didn't get the end credits scene, the mystery of the shrunken bros carries on. Will they go on a pint-sized reign of terror across the city? Will they reappear in "Ant-Man and the Wasp: Quantamania"? We may never know.

The full season of "Hawkeye" is now streaming on Disney+.

[CORRECTION: A previous version of this story incorrectly stated that Scott is a current employee of Digital Domain and implied that the company had worked on elements of "Hawkeye." The story has been updated to reflect this error.]