Marvel really should consider a real version of "Rogers: The Musical"

Avengers, unite on stage 'cause I got to hear Steve say, "I can do this all day!!!" 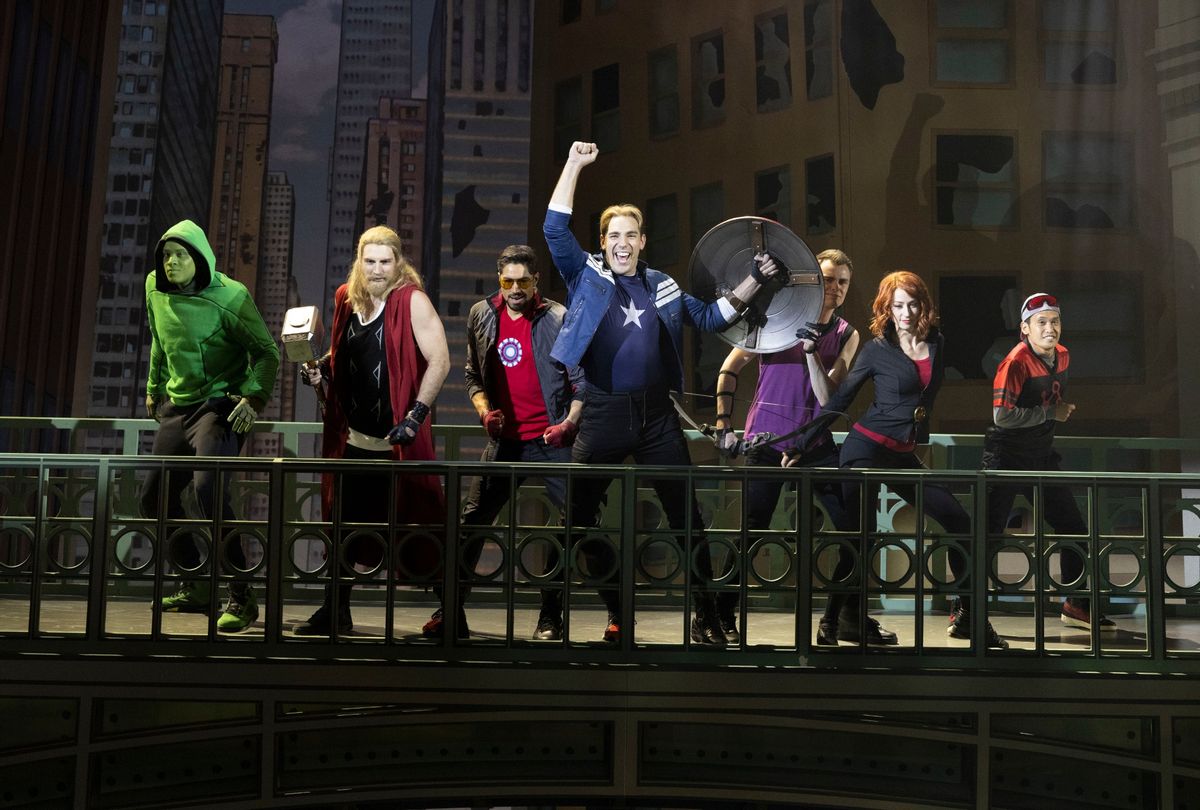 The moment I laid eyes on the first "Hawkeye" trailer, I knew "Rogers: The Musical" would be special. I knew it was going to be one of the highlights of the Christmas-themed Marvel show. I just didn't realize at the time how special it would be or that I would come away from the first two episodes of the series hoping for someone to assemble an actual Broadway production about Steve Rogers and the Avengers. But here we are. And maybe I shouldn't be so surprised.

The show-within-the-show was brought to life by the Tony Award-winning songwriting team of Marc Shaiman and Scott Wittman, the duo behind — among other things — Broadway's "Hairspray" and "Catch Me If You Can" and the movie "Mary Poppins Returns" (they also worked on NBC's "Smash," which is always relevant and probably what I should have led with). All of that musical talent and songwriting experience is on full display in an extended Battle of New York-themed number in the first episode, which we see when Clint (Jeremy Renner) and his children attend a performance of the show just before the holidays.

Shaiman and Wittman co-wrote the lyrics, which include references to Captain America (portrayed by Chris Evans in the films) and Thor (Chris Hemsworth) being easy on the eyes. It also makes excellent use of the former's iconic and oft-quoted catchphrase "I can do this all day."

RELATED: "Hawkeye" reminds us why Jeremy Renner's archer is the least Avenger

The number is full of energy, features dancers dressed up as Chitauri, and even includes Ant-Man, which Clint correctly points out wasn't present at the Battle of New York in 2012 (the first Ant-Man film came out in 2015). It all adds up to being a catchy, show-stopping number in the vein of "Star Spangled Man" from "Captain America: The First Avenger" (which was written by Alan Menken and lyricist David Zippel). So if this is all we ever get to see of "Rogers: The Musical" — which appears in ads in the background of scenes throughout the first two episodes — it's a shame.

While "Hawkeye" plays the musical for laughs — the reveal that Clint had turned down his hearing aid was the perfect punchline and a prime example of the show's sense of humor — it's good to see people, albeit fictional characters, gathering for a big, slightly cheesy Broadway show after the pandemic forced theaters to shut down for so long. It was a treat to live vicariously through Clint and the others in attendance, even if it was only for a few minutes. 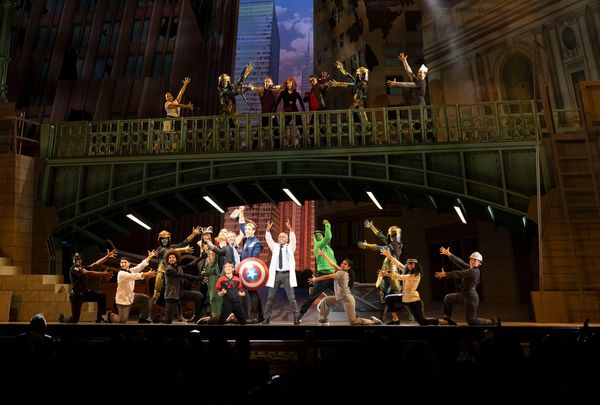 But it was also a good in-world reminder of not only how far the Marvel Cinematic Universe has come since the first Avengers film but also the reach and influence these characters have. This is an underlying theme of "Hawkeye" — which also stars Hailee Steinfeld as a young archer named Kate Bishop — since Clint is both an ordinary man without superpowers or special suit but also an original Avenger who played a significant role in bringing back half the universe and defeating Thanos (Josh Brolin).

Although we know the Avengers are revered for their world-saving actions, we rarely get to see this appreciation (or the result of it) play out on screen since the films spend so much time in the insular world of the characters. That's why it was important to see people all over mourning Tony Stark (Robert Downey Jr.) in "Spider-Man: Far From Home," the first film released after the character's death in "Avengers: Endgame." It's also why it was fun to see people theorize what happened to Steve in "The Falcon and The Winter Soldier" after he traveled back in time in "Endgame" to reunite with Peggy Carter (Hayley Atwell).

When you think about it, a Broadway show based on the genetically engineered supersoldier who fought Nazis, spent years trapped in ice, and returned to save the world from countless enemies (and briefly grow a great beard) makes perfect narrative sense.

But it raises a few questions too. Because it's a bit surprising we haven't seen Disney and Marvel attempt to bring the events of the Marvel Cinematic Universe to the Great White Way in our world. The massive franchise already includes 26 feature films (soon to be 27 with the release of the third and final Tom Holland-fronted Spider-Man movie in December), multiple short films, digital series, and comic book tie-ins. There's even an Avengers Campus at Disney California Adventure (and soon to be at other Disney theme parks around the world).

Now that Marvel is finally producing live-action series for Disney+ that don't just operate within the greater timeline of the MCU but actually feature major characters from the films, it seems there are few avenues left to be explored.

It wouldn't be the first time a movie served as inspiration for a stage production either. Numerous Broadway shows got their start as feature films, from "The Lion King," "Little Shop of Horrors," and "Monty Python's Spamalot" to "Mean Girls," "9 to 5," and the aforementioned "Hairspray."  Of course, I recognize how difficult it would likely be to produce a Steve Rogers or Avengers-themed musical. I also remember the failure of the injury-plagued "Spider-Man: Turn Off the Dark," which featured elements from the 2002 film starring Tobey Maguire. And I also acknowledge The Walt Disney Company doesn't need more money and that there is a growing desire to limit the reach of the company before those in charge become our actual overlords and not just people who control how and when we consume pop culture.

But "Rogers: The Musical" is fun. The song we're treated to in the premiere  is memorable and catchy. I have to believe it is meant to be more than just a brief gag in "Hawkeye." So I really can't help but hope this isn't the last we'll see of "Rogers: The Musical." After all, between this show and "The First Avenger," we've already got two excellent songs locked and loaded.

New episodes of "Hawkeye" premiere Wednesdays on Disney+. Listen to the full version of "Save The City" in all its glory below, via YouTube.