Hate-watching "Smash" is one of life's great pleasures

Last season, the camp was unintentional, but the new showrunner turned that weakness into this season's strong suit 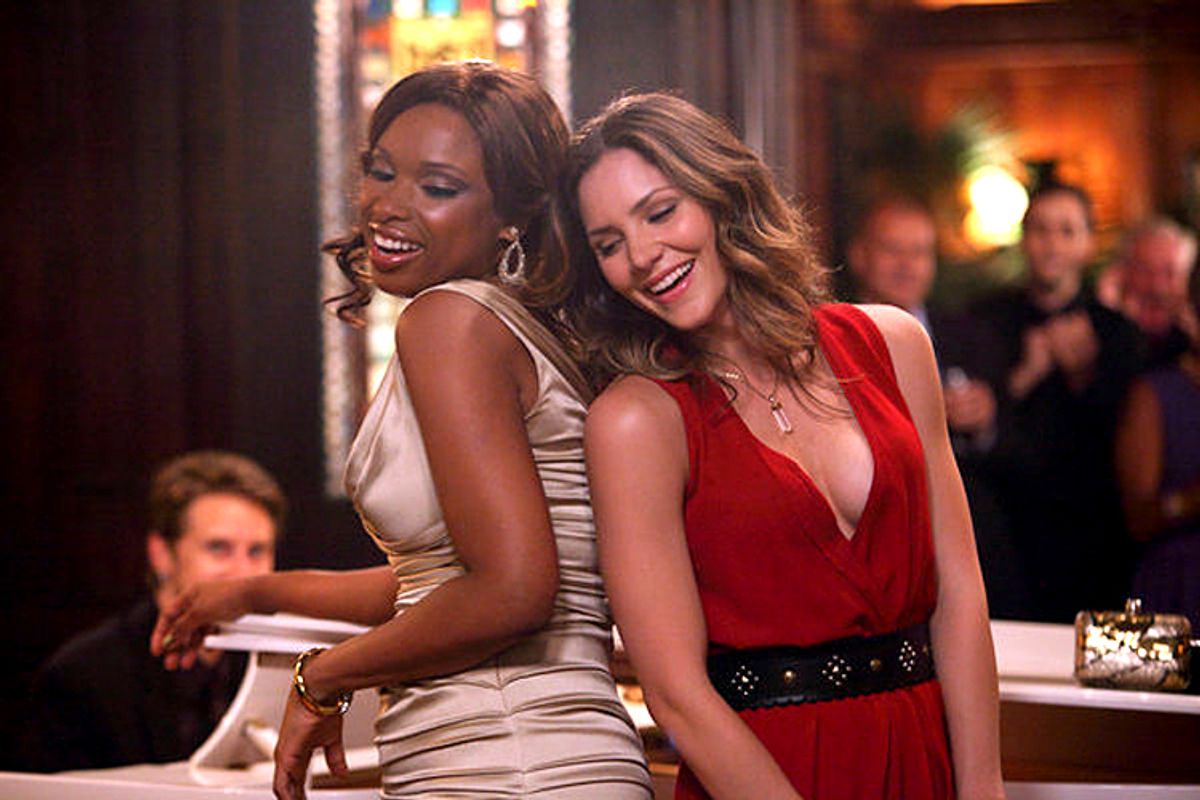 “Hate-watching” is a not a properly descriptive term: “Hate-watching,” when truly practiced, is a joyful experience. If one truly dislikes a show — finds it boring or offensive — one does not watch at all. Watching, one does not feel a rush of bitchy glee at the ridiculous heights the show scales, the incidental lunacy it achieves. Hate-watching is what happens when you turn into your most judgmental self and start pointing and laughing, but without feeling a twinge of guilt or shame that your time could be better spent. The object of your derision is not unworthy, it's not just some god-awful TV show — it is a god-awful TV show with pretensions and the ability to surprise you, even if it is only with new lows. Hate-watching a show is not the same as loving it, but, as ever, hate and love bear a passing resemblance: They are the feelings reserved for that which you are most passionate about.

The last year has been a really tremendous time for hate-watching: Between NBCs “Smash” and HBO’s “The Newsroom,” it has never been easier to love watching a TV show that you don’t respect, but don’t respect in an affectionate way. When “Smash” began it seemed like it might be great drama about the making of a Broadway musical. It quickly demonstrated that it would be a sub-par drama about the making of a Broadway musical. At the end of its first season, Theresa Rebeck, the creator of the show and creative person most responsible for “Smash’s” nose dive, was let go and replaced by “Gossip Girl’s” Josh Safran, who was supposed to shore up some of the series’ more absurdist tendencies. I will admit that I worried, briefly, that the new season of “Smash — which starts tonight on NBC — might be so improved as to become a show it was no longer possible to hate-watch, just one solid enough to inspire indifference. I should not have worried: The new season of “Smash” leans into the hate-watch. It is less accidentally ridiculous, and more knowingly, willfully campy, less pretentious, but also, for better and worse, less likely to include a Bollywood dance number.

The new season picks up shortly after the last one left off, with the cast and crew of “Marilyn” returning from the show’s run in Boston. Old, dull characters are swiftly jettisoned — goodbye to boring love interests Dev and Frank — and new ones introduced — hello to the excellent, former “Newsie” Jeremy Jordan! The story wisely widens, to include all the side projects the characters are involved with while waiting for “Marilyn” to make it to Broadway.

There are some meta-gestures in the direction of a new start — a joke about how Julia (Debra Messing) has to stop wearing all those scarves, an acknowledgment that the “book” for "Marilyn" is terrible and the reviews scathing — but the most significant change is that, courtesy of Safran, a bunch of “Gossip Girl” tricks have been availed on “Smash,” where they more or less fit right in. In tonight’s premiere there are no fewer than three parties where large parts of the cast assemble, two of them very swanky. The big soiree at the episode's climax is a play straight from “Gossip Girl,” which had a gala in almost every episode. (It’s a ploy perfected by “Gossip Girl” creator Josh Schwartz when he was working on "The OC,” which typically had a party, usually one in which someone ended up in a swimming pool.) There are jokes about Brooklyn and Bushwick and the G train. There are nefarious plotters with perfect information using their cellphones to trade secrets. And the characters give meaningless advice: When Ivy asks her friend Sam what she should do to make sure she stays in the show, Sam tells her, “Well, besides being on your best behavior, you have to find a way to stay on the show.”

There have been some nice adjustments: Jeremy Jordan, playing a super-talented bartender, is super-talented. His nascent romance with Karen (Katherine McPhee) — in which he nags her endlessly, and she likes him for it — makes much better use of McPhee’s innate vibe than any story arc last year. She’s much more believable as the nervous girl with absolutely no game, who tells a boy she’s trying to impress that she likes the Strokes, than a once in a lifetime talent.

But “Smash’s” own weird tics are still very much in evidence. Jennifer Hudson is the latest celebrity to turn up, playing a big-time Broadway star with a controlling mother. Jennifer Hudson is a great singer and if “Smash” really wants to turn itself into a platform/outlet for former “American Idol” contestant duets, there are worse musical numbers that they could do, obviously, because they have done them, but “Smash’s” problem is not that it has a tiny cast, and it doesn’t need to keep turning itself over to short-arc players.

The most major indication that nothing much has changed at "Smash" is the suggestion that “Smash’s” very own super-villain, that evil millennial Ellis (Jaime Cepero), is not gone for good. Cepero had reportedly been fired at the end of last season, only to be rehired. TV characters that make the blood boil aren’t all that common — you don’t just toss one out, however many poisonous peanut smoothies he’s made, when the whole point of your show has basically become to get the audience's blood boiling. That "Smash's" new showrunner knew better than to permanently ax Ellis is the best sign of all that the hate-watching can continue apace.