How many times must "Spider-Man" die, Sony?

The hashtags are right — Spider-Man belongs in the Marvel Cinematic Universe, and Sony is blowing it right now 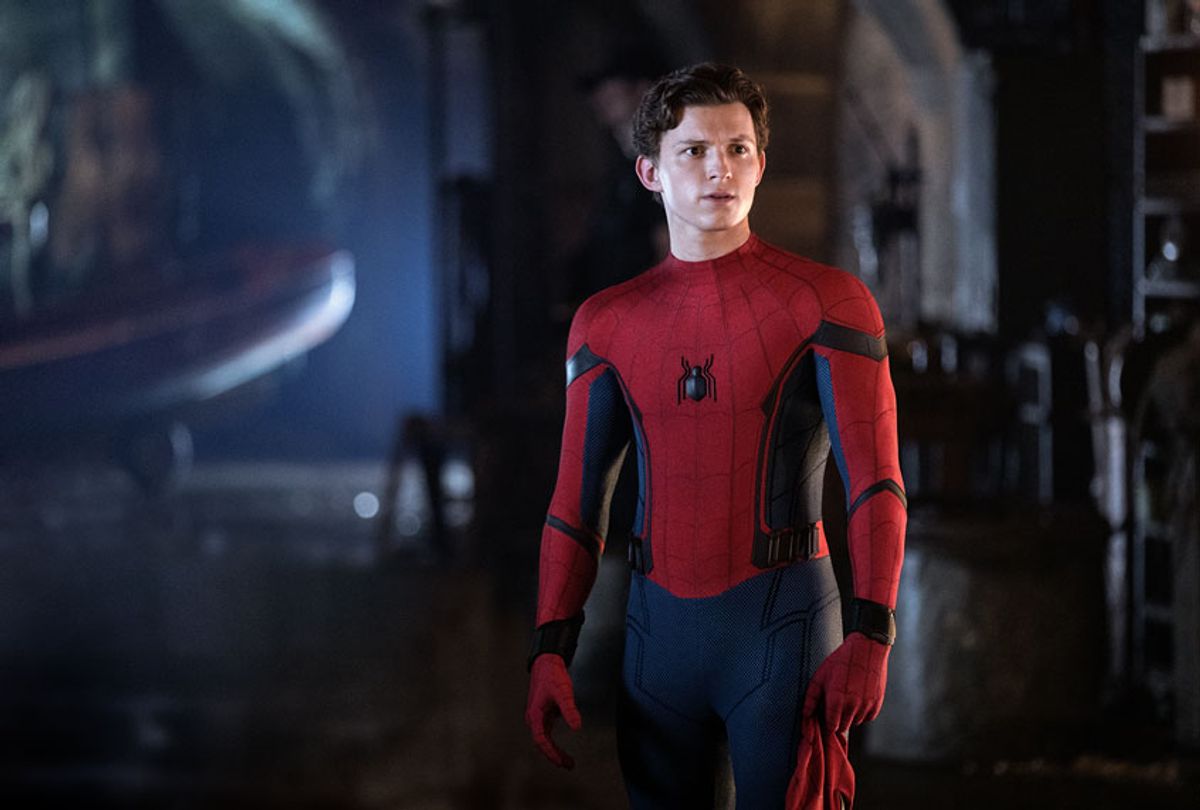 It turns out that it wasn't Kingpin or Thanos who got to kill the cinematic Spider-Man. It was Sony.

Sure, Kingpin managed to murder one dimension's version of the web-slinger in "Spider-Man: Into the Spider-verse" and Thanos temporarily turned him into dust in "Avengers: Infinity War." Yet Sony's repeated bungling of the iconic franchise has done far more damage to the youthful superhero than any of his fictional villains.

The studio's recent decision to break with the Marvel Cinematic Universe is only the latest example of this.

We can start in 2007, after "Spider-Man 3" hit theaters. Although the movie was a box office success, it was a dud among critics and audiences due to its overstuffed plot (it had three villains — Sandman, Venom and New Goblin) and cringeworthy sense of humor. (Remember dancing emo Peter Parker?) At that point, as Collider reports, director Sam Raimi felt he owed it to Spider-Man fans to bring the franchise back up to a high standard in "Spider-Man 4." Sony, however, had a deadline issue — they were worried that if Raimi wasn't able to get a film into theaters as soon as possible, they'd lose the rights to the franchise. Because Raimi couldn't get a script ready that was to his liking and the studio was already contemplating a reboot, Raimi eventually parted ways amicably with Sony on the project.

That became the first time Sony killed Spider-Man. "The Amazing Spider-Man" (2012) turned out to be the most cynical of retreads, essentially a retelling of the 2002 "Spider-Man" with a few cosmetic changes — swap out love interest Mary Jane Watson for Gwen Stacy and villain Green Goblin for The Lizard, that sort of thing. Superhero reboots with a strong vision — such as Christopher Nolan's 2005 "Batman Begins," released 16 years after Tim Burton's "Batman" and eight years after its most immediate predecessor — work because the storytelling feels fresh, vital, original. By contrast, it was blatantly obvious that "The Amazing Spider-Man" existed for straight-up commercial reasons only. The resulting movie, though reasonably entertaining at times, felt like a bland and half-hearted version of Raimi's idiosyncratic trilogy.

Its sequel, "The Amazing Spider-Man 2," was even worse. Not only was it as generic and soulless as the first movie in the series, but it worsened matters by having a convoluted, nonsensical plot and stuffing itself with pointless characters and Easter Eggs clearly intended to set up a cinematic universe to compete with the MCU. After it underwhelmed at the box office, Sony rightfully pulled the plug on their second series and decided to work with Disney on bringing Spider-Man into the world of the Avengers.

The end result was the best pair of "Spider-Man" movies since the first two-thirds of Raimi's classic trilogy — "Spider-Man: Homecoming" and "Spider-Man: Far From Home." Unlike "The Amazing Spider-Man" series, these movies had an original take on the character, keeping him in high school instead of speeding him through that chapter of his life and focusing on his mentor-apprentice relationship with Robert Downey Jr.'s Iron Man.

While Andrew Garfield's version of Spider-Man in "The Amazing Spider-Man" was not very different from Tobey Maguire's version in the Raimi movies (a little less whiny, perhaps, but that's about it), Tom Holland played the character as plucky, ambitious and fundamentally sweet. This made it all the more tragic when Spider-Man appeared to die in "Avengers: Infinity War" — industry-savvy fans may have known that his death would be temporary because a "Spider-Man" sequel had already been announced, but Holland's Spider-Man dying in Iron Man's arms was more moving than every major death scene in both "Amazing Spider-Man" movies.

And now Sony had to go and kill Spider-Man all over again.

The details of the story remain unclear, but Sony Pictures clearly tried to pass the buck in a series of tweets that argued the scenario boils down to Marvel Studios producer Kevin Feige was unable to be kept in the loop when the next live-action "Spider-Man" movie was being produced.

Much of today's news about Spider-Man has mischaracterized recent discussions about Kevin Feige's involvement in the franchise. We are disappointed, but respect Disney's decision not to have him continue as a lead producer of our next live action Spider-Man film. We hope this might change in the future, but understand that the many new responsibilities that Disney has given him — including all their newly added Marvel properties — do not allow time for him to work on IP they do not own. Kevin is terrific and we are grateful for his help and guidance and appreciate the path he has helped put us on, which we will continue.

To be fair, we don't know exactly what role Disney played in all of this, or whether this does go back to Feige, or how accurate Sony's version of events is in the first place. But given how Disney's track record compares to Sony when it comes to post-2004 live action Spider-Man movies (i.e., they've made two good ones and Sony's made three bad ones), for the good of the quality of the franchise, the burden ultimately falls on Sony to do whatever it takes to make this relationship work. Details aside, "Spider-Man" fans need to hope that somehow the character can remain in the Marvel Cinematic Universe. If it doesn't, there are two possible outcomes, neither of which bode well and both of which make it fair to say that Sony has once again killed one of their most lucrative characters (the most recent "Spider-Man" movie was the highest grossing film ever for the studio):

1. If they decide to reboot Spider-Man again, it will be the fourth live-action iteration of the character in roughly 20 years. At that point, continuing to support the series almost becomes a moral issue: When you treat a character as being so disposable that you'll keep trashing one version and replacing it with another, the cynicism is downright insulting to audiences. What's more, given the failure of "The Amazing Spider-Man" series, there is every reason to suspect that Sony won't know how to attach the franchise with the right creative personnel to make quality movies.

2. If they decide to continue with the Tom Holland series but outside of the Marvel Cinematic Universe, they'll still have to strip away many of the qualities that made his version of the character. It's unlikely, if not impossible, that they'd be able to continue to develop his now-posthumous relationship with Iron Man, even though the first two movies clearly established that the late Tony Stark had considered Peter Parker to be his successor. We won't be able to see how the budding romance turns out between Aunt May and Happy Hogan, Stark's erstwhile bodyguard. The character won't be able to appear in any future "Avengers" movies, even though he was being groomed as a core Avenger. Finally, the very richness of the MCU — that distinct atmosphere that bolsters each film in the series by subtly reminding audiences that one installment is part of a larger, interconnected universe — will not be there to prop up the character.

This article must end on a note of hope — however thin — that Sony will come to its senses and find some way to keep Holland's "Spider-Man" in the MCU. "Spider-Man 3" and "The Amazing Spider-Man 2" were both unpopular movies, after all; "Spider-Man: Far From Home" was surprisingly successful even for a "Spider-Man" flick. Perhaps that fact, and the massive fan backlash to the news that Spidey may leave the MCU just as he was starting to call the place home, will bring everyone to their senses.

If not, chances are strong that — while Sony has great power over the "Spider-Man" series — it is not using that power responsibly.