Donald Trump may finally face prosecution in the New Year: But the trauma won't end there

American greed and ignorance created Donald Trump. Will America finally muster the courage to rid ourselves of him? 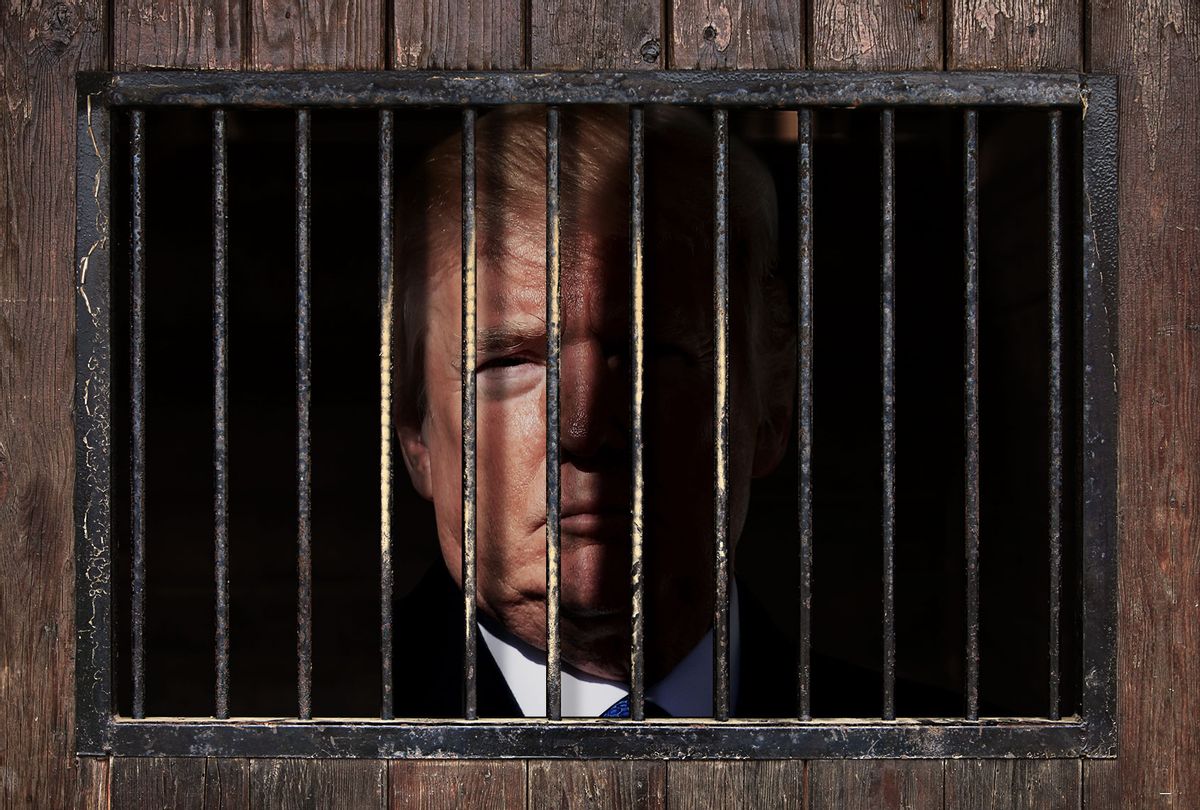 The Republican American narrative has changed. Once the party favoring small government, which preached we should pull ourselves up by our bootstraps, the GOP has morphed into a party led by those who've had everything handed to them and want to dictate to us our worth, our value and our freedom.

As far as the size of government goes, the GOP still wants it small when it comes to social services, health care and infrastructure — but not so much when it comes to defense, corporate bailouts or pork barrel legislation.

There are those who maintain the Republican narrative was never anything so rosy, or anywhere near that idyllic. I can offer them no comfort.

Cynics tell us our overall national narrative is more accurately a tale of greed, rape and exploitation. The optimists want a tale of redemption and hope. Liars tell us we're the greatest, while idiots, morons, racists, populists, Republicans, Democrats,  mainstream media and evangelical Christians all push their own narratives — with enough twists and turns to keep us confused and/or amused. But little of it is real. In America it seems we build a reality based on our feelings and beliefs, while facts have little sway.

At this point the average information-saturated American wonders if there exists an absolute truth — or at least a narrative that includes objective facts. But wait! Some celebrity has just been exposed for doing something indecent in public — and that now has our attention.

This inability to deal with facts, this infatuation with prurient and salacious innuendo, led us to Donald Trump — a man who is as vacuous as he is pompous. He is as phlegmatic as he is he is mind-numbing, as combative as he is clueless, and as un-American in deed as a battle-hardened Nazi stormtrooper. Donald Trump is the antithesis of the American dream, a nightmare ramshackle of a man who rattles around in the cage he made for himself, stinking of Adderall, perspiration and fear. He's straight from the Hollywood B-list, with A-list dreams that can never come true — and he's going to make the world suffer, if he can, for his own failures.

Shortly after the beginning of the New Year, if my sources in the Justice Department are accurate, Donald Trump could face federal RICO charges. Of course there have been threats against Donald Trump in the courts for years, and as his minions know, he's dodged every bullet fired his way. But in the end it only takes one to land, and with the House Jan. 6 committee breathing down his neck, the Southern District of New York and even the Manhattan D.A. still investigating him, it appears as if this cheap polyester suit of a man, the ultimate troll and ultimate grifter, will eventually face a paroxysm of litigation even he cannot conquer. But then again, don't hold your breath: There are many who believe Trump will never face justice until he takes his last breath.

Some would rehabilitate Trump. Some have reported on his public support for getting a pandemic booster shot and encouraging others to get it. For some reason, there are those who believe that redeems Trump for his years of denial and criminal behavior. But Trump cannot be rehabilitated before he is charged and prosecuted. Anything else is merely grist for the Trump propaganda mill and an attempt to avoid justice being delivered to him for his obvious or likely crimes.

Innocent until proven guilty is a legal principle that applies to everyone — even Donald Trump. But until he's held accountable, his redemption is not plausible nor, by definition, is it justice.

So as we begin the New Year, it behooves us all to take a look at how we handle Donald Trump. Personally I'm making it a New Year's resolution to reduce my coverage of Trump to just a few possible events:

I don't need to cover his attempts at redemption until later. I don't need to report this dullard's boring brutal assaults on the American psyche, thus spreading them. I don't need to snidely comment on every gastrointestinal-like utterance from his larcenous heart, or his neighborhood-bully approach to those who question him.

America needs as little of Donald Trump as we do of the coronavirus.

It's not that Trump created right-wing and QAnon conspiracists who believe the "Deep State" is run by baby-eating aliens. It's that Trump gave them a pathway to legitimization. Everyone has a right to their opinion, but your opinions need to be based on vetted facts. Aaron Rodgers, the Green Bay Packers' star quarterback, recently said that science needs to be questioned and he should be free to offer his opinion upon it. He's right on both counts. Science is science because it's questioned and it isn't propaganda. But Rodgers needs to shut up. Most climate scientists couldn't tell him how to thread the needle on a cover-two man under defense with a blitzing inside linebacker — and Rodgers knows squat about science and epidemiology. But like so many famous people, Rodgers confuses his public platform for a universal one, from which he can offer opinions on issues of which he has no knowledge. We have Trump to thank for enabling everyone with an ignorant and uninformed opinion to believe it's just as valuable as those held by people who have actual knowledge of the issues. It is a not-to-subtle method for undermining education and science.

The fourth estate amplifies this problem.  With every president since Ronald Reagan stripping reporters of their power to inform, journalism has  been reduced to infomercials and arguments on national television between hacks who pretend to be experts and talking heads who pretend to be reporters. We give ignorance a seat on the stage, speak to it and encourage it. Few of us even bother to read newspapers. They are dying.

It's the perfect storm. We live in a world where the media fails to adequately inform a public that is largely unwilling or unable to check the facts, while hacks and con men roam free, cloaking themselves in the flag and Bible and preaching a foul stench that further confuses a laconic electorate.

A politician once said there was nothing wrong with America that couldn't be cured by what was right with America. Today, what's overwhelmingly wrong with America is that we won't take the time to embrace what's right with it. We're far too lazy, content and delusional. One of our chief spokesmen is a narcissistic, fat, old, rich white man born into privilege, who is unable and unwilling to understand what the average American faces, but is eagerly preaching to us against our own self-interest. Because of the lack of education and a compromised fourth estate, many continue to buy what this acidic human being sells.

Donald Trump will one day again be legitimate news. But until then he's unworthy of ink.

World events. The pandemic, infrastructure, the economy, education and health care are but a few issues that deserve more ink than Trump or any NFL quarterback exposing his feet to show he doesn't have "COVID Toe."

I've always taken New Year's resolutions seriously. There is no better time to reassess your own actions and goals than at the end of the year; that week after Christmas and just before the next year kicks into gear.

It's the best time to sit, eat leftovers, have a nice drink if you're so disposed and sit by the warm gas fire of a roaring furnace, if you have one, to think for a while.

Donald Trump was our creation. Our cultural slouch into bedlam, feel-good news, anger politics and Spy vs. Spy mentality (with apologies to Mad Magazine), along with our exponentially increasing inability to recognize fact from fiction, made Trump both possible and inevitable.

If there is a grain of truth to the adage that what is wrong can be fixed by what is right, then as long as we are above the dirt we've got a shot at redemption.

It begins now. Hopefully it doesn't end with us saying, "Don't Look Up."