The governor has not held a public briefing since Dec. 17 — despite his state facing its worst COVID-19 surge yet 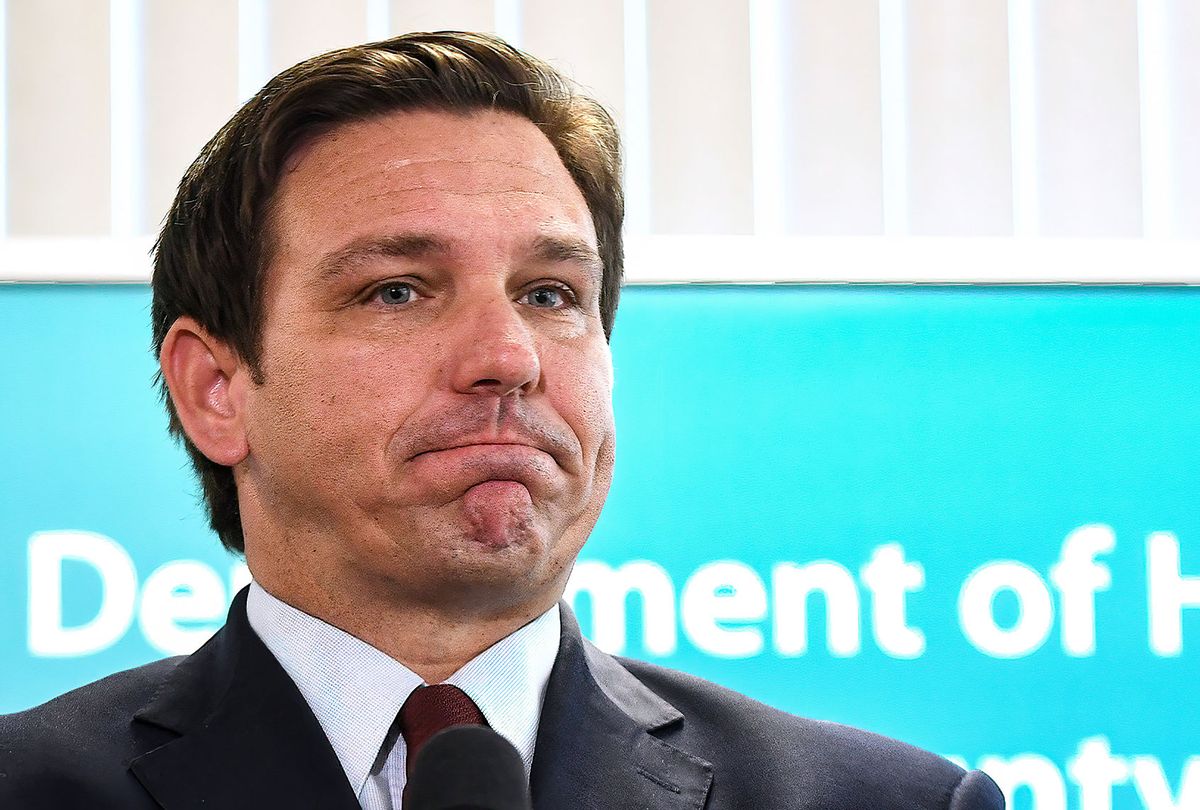 That's the single-day record for positive COVID-19 cases in Florida, set Wednesday as the omicron variant continues to batter the state. Despite a small decrease in the death rate — which still stands at 18 a day — the number of cases in Florida is reportedly up by 182% compared to the previous week, according to the Washington Post. An analysis by the paper also revealed Thursday that Florida is currently the second-hardest hit state in the country, behind only New York in the number of new cases reported.

Democrats have attributed the rise to Gov. Ron DeSantis' continued hands-off approach to public health, which has become the source of much controversy in recent months. Despite some early success in avoiding the worst effects of COVID-19 suffered by states like New York and California, Florida has been the site of some of the country's worst surges in 2021.

Floridians are also questioning why DeSantis hasn't answered questions in nearly two weeks just as his state faces its worst month since the pandemic began — with one mayor in the state accusing the governor of largely abdicating any responsibility for mitigating the spread of COVID-19.

"We have not received any assistance from the state of Florida at our testing sites," said Orange County, Fla., Mayor Jerry Demings on Tuesday. "Our residents, all Florida residents, should be outraged and they should ask the question, 'Where is our state? Where is our governor? Where is Ron DeSantis now?'"

"When is the last time you saw the governor do a press briefing on COVID-19?" he added.

State Sen. Annette Taddeo, who is seeking the Democratic nomination for governor in 2022, also echoed the sentiment — tweeting, "And where's Ron DeSantis?"

The governor has not held a public briefing since Dec. 17 — an appearance which was dedicated to the promotion of a monoclonal antibody therapy developed by the pharmaceutical giant AstraZeneca. Since then, DeSantis has done just one interview, an appearance on Fox News in which he talked about his decision to forego a booster shot and said vaccination was best left to "people's individual decisions."

The absence was noted by Twitter users Thursday as the hashtag "#WhereIsRon" began to trend, with many speculating on the reason for his sustained absence. Around the same time, DeSantis posted a weeks-old photograph of himself visiting a local bagel shop, fueling a number of unsubstantiated rumors and conspiracy theories.

In a statement to the Washington Post, the governor's spokeswoman Christina Pushaw didn't comment on DeSantis' public hiatus, but defended his approach to managing the pandemic — pointing to other states that are also setting records for new infections and adding that she believes it is "evident that the vaccine passports, mask mandates and other heavy-handed government interventions did not achieve their stated goals."

"In Florida, we are continuing to emphasize the importance of early treatment and doing everything possible to expand access to clinically effective treatments," she told the paper. "Governor DeSantis is not imposing any mandates or lockdown policies that have already proven ineffective in other parts of the country."

As far as the seriousness of the cases caused by omicron in Florida, Pushaw said most were "asymptomatic or mild" — though the new variant has also doubled the number of COVID-19-related hospitalizations in the state over the last week alone.

Florida is by no means the only state facing a devastating wave of cases over the holidays — the country as a whole is averaging roughly 240,000 new infections a day.

The good news is that even CDC Director Rochelle Walensky seems to agree that omicron cases appear to cause milder symptoms than previous variants, especially in those who have been vaccinated. She also said Wednesday during a briefing that hospitalizations remain "comparatively low" to previous surges.