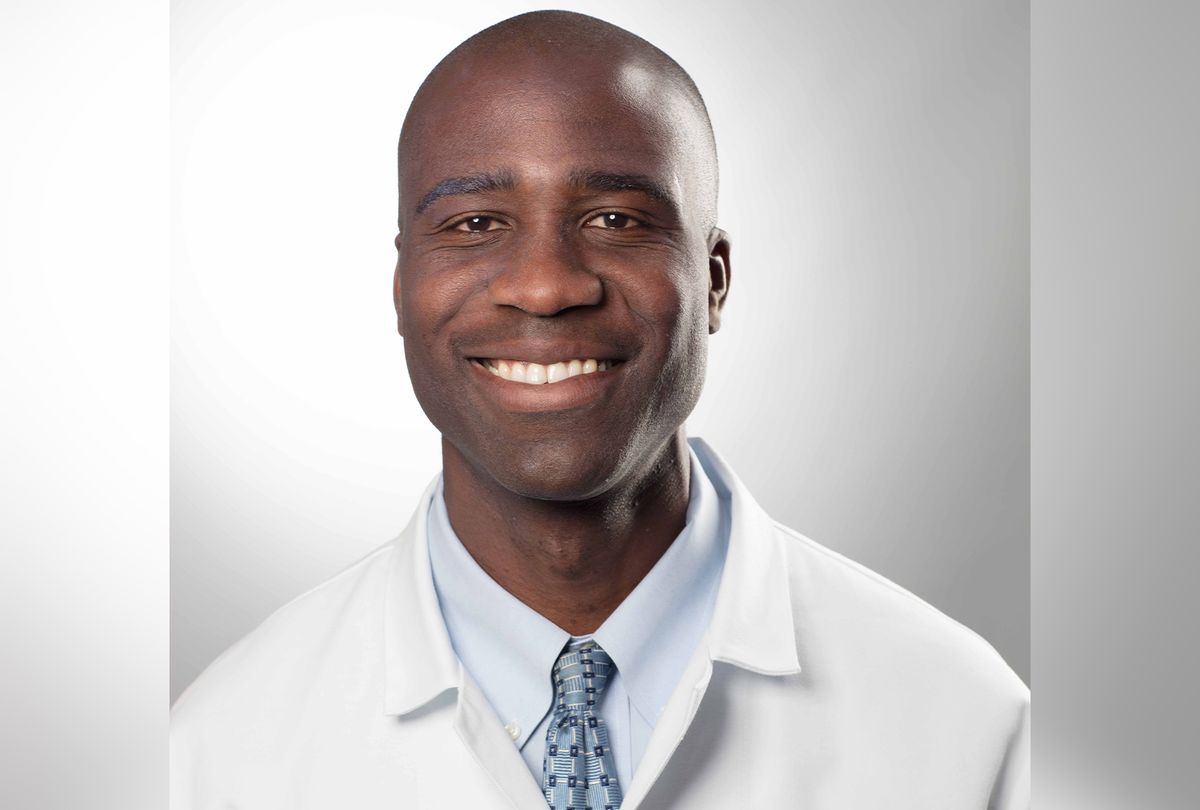 After nearly a year-and-a-half of sidelining his state's top medical official, Gov. Ron DeSantis appears to have found a more ideological fit for the role — naming Dr. Joseph Ladapo, a Harvard-trained medical professor who likened the effects of the vaccine to eating fruits and vegetables and has cast doubt on the efficacy of masks, to a post as the state's surgeon general.

At a press conference Tuesday morning announcing the news, Dr. Ladapo used the opportunity to dismiss those who have criticized Florida's lack of public health measures to slow the spread of COVID-19, despite the fact that Florida is currently facing its worst surge of the virus yet.

"We're done with fear," he said. "That's been something that unfortunately has been a centerpiece of health policy in the United States ever since the beginning of the pandemic, and it's over here. Expiration date. It's done."

Dr. Ladapo has made a name for himself over the course of the pandemic as someone unafraid to buck the consensus of the U.S. medical establishment. He even appeared in a controversial press conference last summer held on the steps of the U.S. Supreme Court by a little-known group called "America's Frontline Doctors, led by a conspiratorial Texas physician named Stella Immanuel, who is best known for suggesting that certain ailments may be caused by sperm from sexual visitations from demons and/or alien DNA.

At the event, more than a dozen medical professionals — some with spurious qualifications — spread a number of misleading claims, including that both zinc and the anti-malarial drug hydroxychloroquine can "cure" COVID-19 and that masks do not slow the spread of the virus.

"It's not good for Americans to be hearing just one perspective on this," he said.

Twitter, Facebook and YouTube took steps to remove a video of the press conference shared by the right-wing site Breitbart, but by then it was already too late — both former President Donald Trump and his son, Donald Trump Jr., had shared clips from the event, and before long the entire thing had gone viral among conspiracy theory groups dedicated to anti-vaccine and QAnon content.

In the months since, the group has become a favorite among right-wing media outlets for adding a patina of medical credibility to COVID-19 treatments that pundits can pitch as an alternative to vaccination. Since last summer, both Dr. Ladapo and America's Fronline Doctors have moved on to hawking the anti-parasite drug ivermectin as a treatment to COVID-19 — a development that has caused a run on the version of ivermectin used for livestock and led to a significant increase in poison control calls for those who have ingested it. There is little evidence either ivermectin or hydroxychloroquine work as COVID-19 treatments.

Unlike some other members of AFD, Dr. Ladapo does appear to have a current medical license with the California Medical Board. Before being named as Florida surgeon general, he was a physician and clinical researcher at the University of California, Los Angeles, the fact-checking site Snopes reported.

He also authored a series of op-eds in the Wall Street Journal over the past year, including one that said removing children from school is harmful to public health and another that suggested COVID-19 vaccines were more dangerous "than advertised." In another, Ladapo warned the public not to "put one illness above all other problems in society," a condition he called "COVID mania."

At Tuesday's press conference to announce his new surgeon general, DeSantis took the opportunity to slam President Biden, accusing the president of hatred toward his state for a recent White House decision to distribute monoclonal antibody treatments to other states.

"He hates Florida more than anything, and this is absolutely going to hurt people," DeSantis said.

DeSantis has heralded the effectiveness of these treatments, and Florida — along with seven other states — has reportedly been consuming upwards of 70% of the national supply, according to The Washington Post.

Even after rationing began, however, Florida got the largest supply of the treatments, the U.S. Department of Health and Human Services said.

Dr. Ladapo's new contract involves a two-year contract as surgeon general with a possible three-month extension, as well as a simultaneous position with the University of Florida College of Medicine. His ascension to the surgeon general post also requires confirmation by the state Senate.

Dr. Ladapo's post with the University of Florida comes after his predecessor, Dr. Scott Rivkees, was the beneficiary of a similar deal. Rivkees had negotiated to continue working as a tenured professor at the University while he was employed full-time as surgeon general when he was appointed in 2019. He was the first to broker such an agreement, which was allowable due to a law governing the transfer of public employees between agencies. Dr Ladapo's deal will enable him to do the same.

The news of a new surgeon general comes amid one of the state's worst surges yet — with Florida recently passing 50,000 deaths since the pandemic began.

Over this past year, DeSantis has advocated viciously against both mask and vaccine mandates. His former Surgeon General was sidelined early on, in April 2020, after breaking with DeSantis and advocating for social distancing measures just as spring breakers began to descend on Florida beaches. And as late as this summer, he was blocked from answering questions from members of the Legislature. He largely remained silent to the public until he announced he was stepping down last month.

A representative for DeSantis did not return a request for comment on this story.

Ladapo has not announced any new COVID-19 safety measures, though when asked about future actions at Tuesday's press conference DeSantis did offer a hint at what he believed the job should be — saying that his new medical official would tell "the truth."

"Telling the truth is important … and I think that's what Dr. Ladapo understands," DeSantis said. "You've got to tell people the truth, and you've got to let them make decisions."​​