Trump has touted hydroxychloroquine and chloroquine as coronavirus treatments, despite shaky scientific evidence 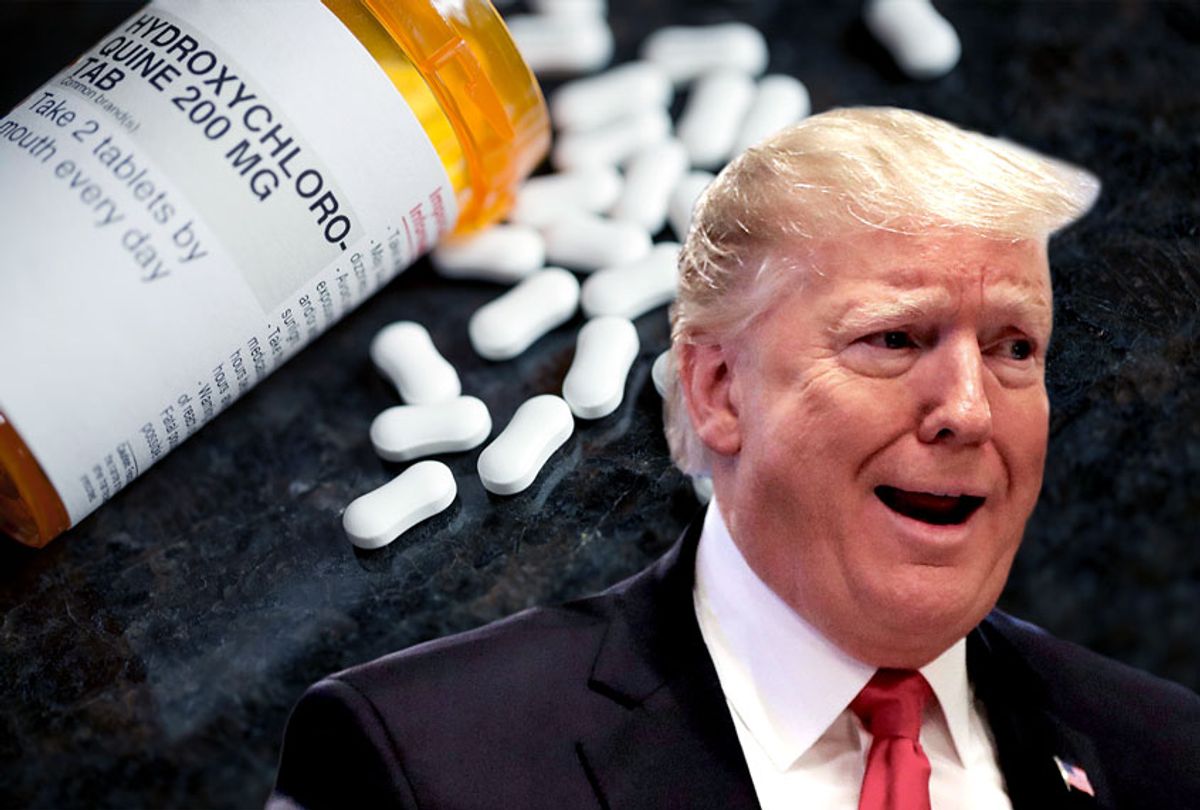 The Food and Drug Administration (FDA) revoked its emergency use authorization on Monday for two drugs that President Donald Trump has touted as treatments for the novel coronavirus — hydroxychloroquine sulfate (HCQ) and chloroquine phosphate (CQ). An emergency use authorization is the special status the FDA issues for drugs that are not yet approved for treating a specific illness, but which it will help make more available during an officially declared state of emergency or if the Department of Homeland Security says there is a "material threat."

In a letter dated Monday, FDA chief scientist Denise Hinton wrote to Gary Disbrow of the Biomedical Advanced Research and Development Authority that they had "concluded that, based on [n]ew information . . . . it is no longer reasonable to believe that oral formulations of [hydroxychloroquine sulfate] and [chloroquine phosphate] may be effective in treating COVID-19, nor is it reasonable to believe that the known and potential benefits of these products outweigh their known and potential risks."

On the FDA's official website, the agency explained that its scientists felt both of those drugs "are unlikely to be effective in treating COVID-19." The agency added that people who have taken the drug to treat COVID-19 have experienced "serious cardiac adverse events and other serious side effects," reinforcing the scientists' conclusion that the risks of hydroxychloroquine and chloroquine are considerable enough to outweigh any potential benefits.

"This warrants revocation of the [emergency use authorization] for HCQ and CQ for the treatment of COVID-19," the FDA concluded.

This does not mean that people who wish to take hydroxychloroquine or chloroquine can no longer do so. Any drug that has been approved for other conditions can be prescribed by doctors off-label, and both hydroxychloroquine and chloroquine have other uses. Indeed, hydroxychloroquine can be used to treat arthritis and prevent malaria while chloroquine is an antimalarial medication. Similarly, the FDA's emergency use authorization for these drugs only applied to drugs that had been donated to the Strategic National Stockpile and for hospitalized COVID-19 patients.

Last month, FDA commissioner Dr. Stephen Hahn wrote an open letter to defend the agency's decision to issue an EUA for the two drugs. He argued that "this decision was based on evaluation of the EUA criteria and the scientific evidence available at that time. We continue to look at the data on hydroxychloroquine and chloroquine and we will make future determinations on these products based on available evidence including ongoing clinical studies."

Trump has repeatedly touted hydroxychloroquine as a potential treatment for the novel coronavirus. Last month he claimed to reporters that he had been taking the drug, as did former Trump adviser Sebastian Gorka. Fox News personalities Sean Hannity and Laura Ingraham have also promoted the drug.