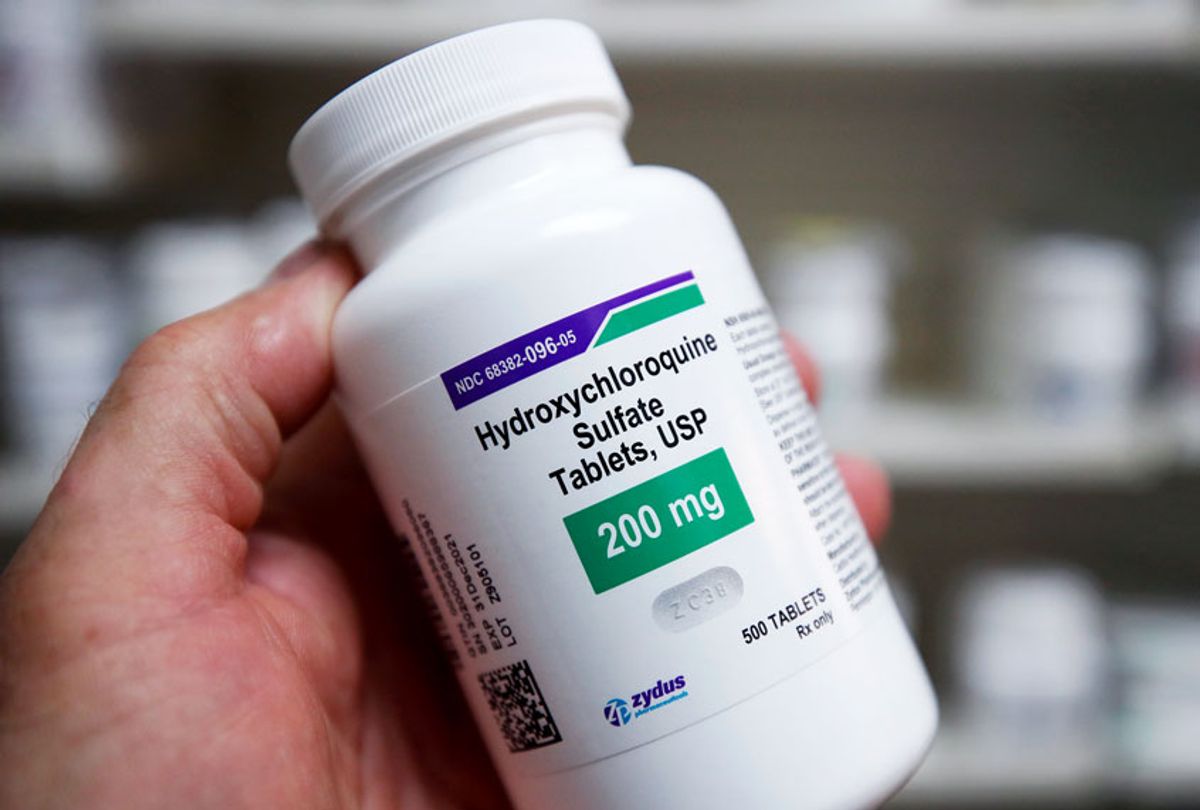 A woman in Wisconsin who has taken hydroxychloroquine for 19 years to treat her lupus has a message for the rest of America: I got COVID-19, despite taking the medicine, so you shouldn't assume it will keep you safe.

The lupus patient, who only identified herself as Kim, told the local ABC affiliate WISN on Wednesday that she has taken the anti-malarial drug for nearly two decades to help manage the pain caused by her lupus. Between that, and the fact that she only left her home to visit the grocery store once the pandemic started, Kim believed she was safe from a possible coronavirus infection.

That changed in mid-April when she began to experience COVID-19 symptoms including fever, coughing and weakness. After her oxygen saturation levels tested at 78 SpO2 (95 or higher is normal), she was sent to an emergency room where she tested positive for COVID-19.

"When they gave the diagnosis, I felt like it was a death sentence. I was like, 'I'm going to die,'" Kim told WISN. "I'm like, 'How can I be sick? How? I'm on the hydroxychloroquine.' They were like, 'Well, nobody ever said that was the cure or that was going to keep you safe' and it definitely did not."

President Donald Trump has spent months touting hydroxychloroquine as a possible cure for COVID-19, despite the dearth of reliable scientific evidence supporting his assertion. On Monday he told reporters that he had been taking the drug, gloating, "I was just waiting to see your eyes light up when I said this."

"A lot of good things have come out about the hydroxychloroquine," Trump said. "A lot of good things have come out and you'd be surprised at how many people are taking it, especially the front-line workers before you catch it. The front-line workers, many, many are taking it. I happen to be taking it. I happened to be taking it, hydroxychloroquine right now. A couple of weeks ago I started taking it. Here's my evidence. I get a lot of positive calls about it. The only negative I've heard was the study where they gave it was at the VA with, you know, people that aren't big Trump fans gave it."

Trump is not alone among conservatives touting the supposed positive qualities of the drug. Fox News host Sean Hannity said earlier this week that people cannot conclude it will kill them and added, "Trump built the hospitals, manned the hospitals and sent them all the medical equipment they needed. Now, the president himself — he's made the decision along with his doctors to take hydroxychloroquine as a preventative treatment." Trump's former adviser Sebastian Gorka also says that he has taken the drug.

Dr. William Haseltine — a biologist renowned for his work in confronting the HIV/AIDS epidemic, for fighting anthrax and for advancing our knowledge of the human genome — told Salon earlier this month that a recent report from the World Health Organization demonstrates that hydroxychloroquine is not effective.