You "cannot conclude" that "it's going to kill you,” Hannity said. "This will kill you," a Fox colleague also said 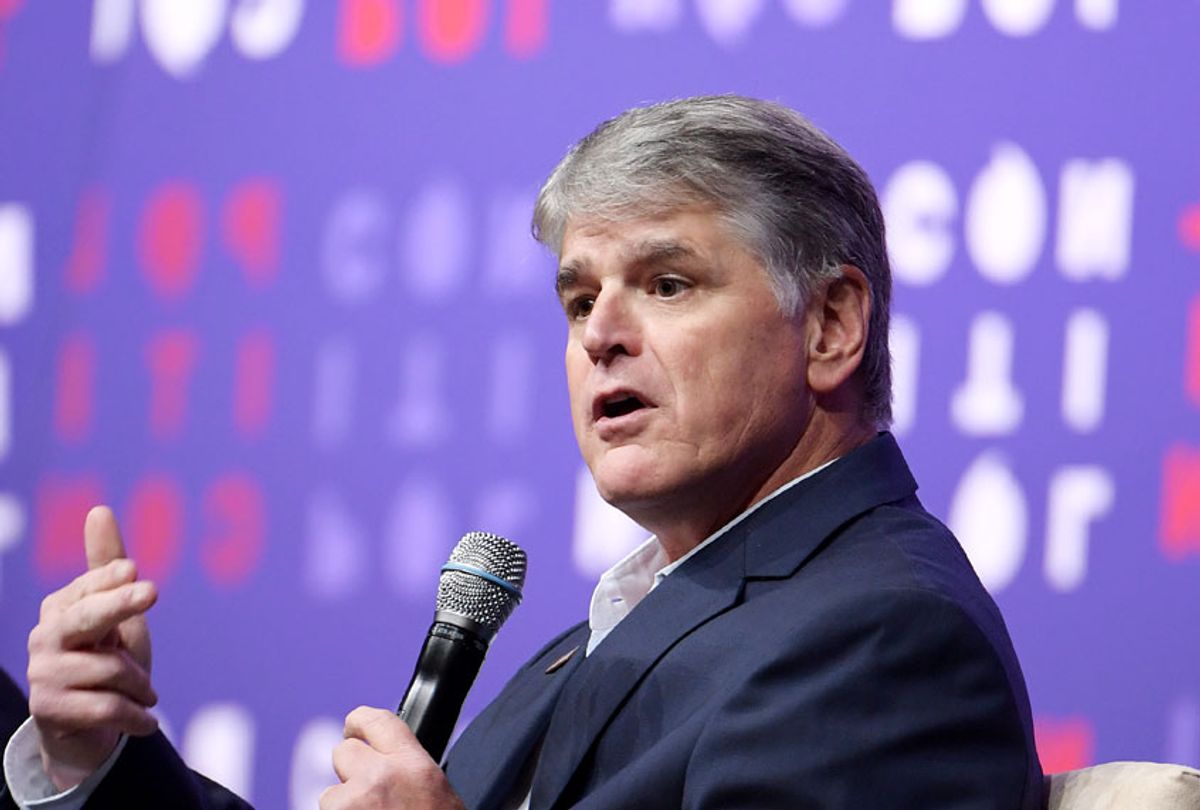 Fox News host Sean Hannity, who has no medical or pharmacological background, has used his radio and television platforms this week to repeatedly promote an unproven drug treatment for the new coronavirus despite FDA warnings against doing so outside of a hospital setting or clinical trial due to a risk of heart rhythm problems.

"There is one thing you cannot conclude here: that it's going to kill you," Hannity said of hydroxychloroquine on his radio show.

Hannity's blitz came in defense of President Donald Trump, who faced widespread public backlash following his stunning claim at a Monday press conference that he had been taking hydroxychloroquine in combination with zinc every day for the last two weeks in an attempt to ward off potential infection.

"All I can tell you is so far, I seem to be OK," the president said at the time.

Hannity sought to justify the president's actions in primetime on Fox News by making the misleading claims that Trump had built, manned and adequately stocked hospitals with medical equipment.

"Trump built the hospitals, manned the hospitals and sent them all the medical equipment they needed," Hannity said. "Now, the president himself — he's made the decision along with his doctors to take hydroxychloroquine as a preventative treatment."

In defense of the oldest president in U.S. history's decision to take the drug — which multiple studies have linked to heart failure, leading the FDA to issue its rare warning last month — Hannity heavily leaned on studies by one doctor, rheumatology expert Dr. Daniel Wallace of the Cedars-Sinai hospital. Though not an expert in infectious respiratory diseases, Wallace has written extensively on the drug in his lupus patients.

"He knows more about this than anybody else but the money line that he makes," Hannity said of Wallace. "The risk taking 400 mg of hydroxychloroquine in a day and a 600 mg hydroxychloroquine loading dose for 60 days — the risk is nil unless you have an allergic rash or upset stomach. That's it — that's the worst that can happen."

One of Wallace's more extensive studies found that "56% of the 2,783 patients responding had experienced GI problems which they attributed to HCQ."

"Despite 56% of patients experiencing GI problems, only 15% of patients had reported any unwanted symptoms to their physician," Wallace found.

However, Wallace did not conclude that such symptoms were mild from this data. Beyond heart problems, hydroxychloroquine has been linked to paranoia and psychosis.

Wallace instead advised patients to speak with their physicians about their symptoms.

"This suggests that an opportunity may exist for stronger clinician–patient communication regarding symptom management," he wrote.

Hannity cited another doctor on his radio show, the TV host Mehmet Oz, who has been repeatedly called out by medical professionals as a "quack" for pushing discredited "miracle" health products.

"There was a long period of time where Dr. Oz was asking anybody that took hydroxychloroquine, that had lupus or rheumatoid arthritis or had taken it as an anti-malarial — that had gotten or contracted COVID-19," Hannity said. "They couldn't find hardly any people."

"There were instance — but they seemed very rare — just like they looked at the instances of countries where the drug is used to stop or prevent malaria," he added.

"At the end of the day, there is one thing you cannot conclude here: that it's going to kill you," Hannity concluded.

"If you are in a risky population here and you are taking this as a preventative treatment to ward off the virus, or in a worst-case scenario, you are dealing with the virus and you are in this vulnerable population, it will kill you. I cannot stress enough — this will kill you," Cavuto said, drawing swift blowback from fellow Fox personalities and the president himself.

In a separate radio segment, Hannity blamed Democrats and the press for spreading what he alleged were "conspiracy theories" about Trump's claim.

"They get the conspiracy theories over at MSDNC, the conspiracy theory state-run socialist television network of the Democratic Socialist Party. This time, claiming the president's doctor is lying. The President's not actually taking hydroxychloroquine. Uh, OK. Joe, you've lost it as usual. Or forgetting the foremost expert in the country Dr. Daniel Wallace out of Cedar Sinai (sic)," he said.

Hannity, who courted heavy criticism for repeatedly promoting the treatment on his show until recent contravening studies appeared to lead him to stop hyping it, was careful to caveat his advice.

"I'm not a doctor. I'm not advising you to take the drug. But that guy with those credentials — he seems like the foremost expert in the country. I'd take his word for it," Hannity said. "So you can stay informed, know the risks, consult with your doctor and you ultimately decide."

Hannity also took a shot at Speaker of the House Nancy Pelosi, D-Calif., who said she was concerned about Trump's use of the drug because he was "morbidly obese."

"But then you get Nancy Pelosi, 'Oh, the president — it's risky, it's dangerous, it's morbidly obese,'" Hannity said. "Well, some people can be morbidly stupid."

A few days after President Trump first hawked the unproven drug treatment in a March 19 White House press briefing, an Arizona man died and his wife were hospitalized after ingesting chloroquine phosphate — a chemical the woman had used in her koi pond to treat fish for parasites — in an attempted effort to protect themselves against infection from COVID-19.

"Trump kept saying it was basically pretty much a cure," the woman later said.

Hannity, however, took the opposite track this week.

"Same thing with opening," he added. "We just ask that you wear a mask for a short period of time."