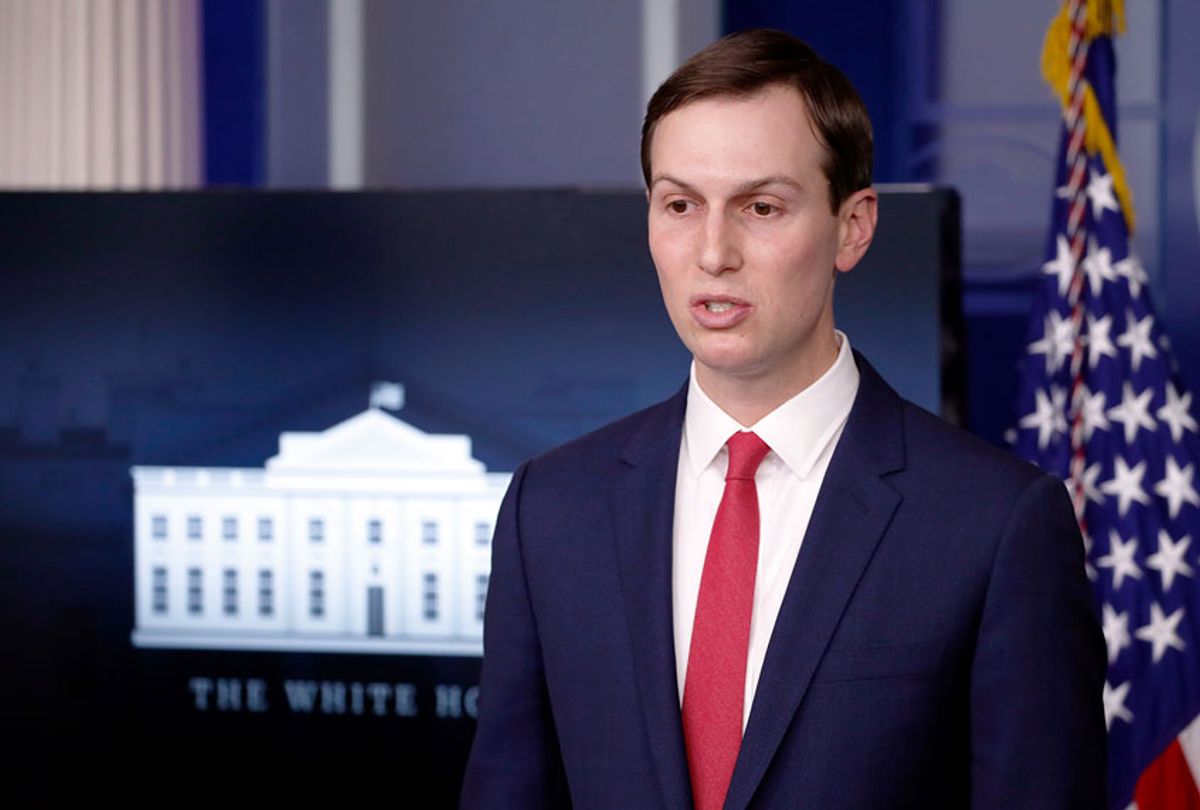 States have been forced to resort to smuggling shipments of personal protective equipment (PPE) after federal officials seized supplies ordered by hospitals without informing officials.

Governors have long complained that the Trump administration has left them to bid against each other on the open market for critical supplies for health workers. However, numerous officials recently claimed that the federal government had seized supplies ordered by the states. Colorado Gov. Jared Polis, a Democrat, told CNN that the state bought 500 ventilators before they were "swept up" by the Federal Emergency Management Agency (FEMA). Massachusetts Gov. Charlie Baker, a Republican, said the Trump administration "confiscated" its order of 3 million masks.

Now, states and hospital officials are concealing shipments of supplies from the federal government in order to avoid detection. Illinois Gov. J.B. Pritzker, a Democrat, recently secretly bought millions of masks and gloves from China. He kept the details under wraps, "because we've heard reports of Trump trying to take PPE in China and when it gets to the United States," a source familiar with the situation told the Chicago Sun-Times.

"The governor has clearly outlined the challenges this administration has faced as we've worked around the clock to purchase PPE for our health-care workers and first responders," a spokesperson for Pritzker told the outlet. "The supply chain has been likened to the Wild West, and once you have purchased supplies, ensuring they get to the state is another Herculean feat."

Dr. Andrew Artenstein, the chief physician executive at Baystate Health in Massachusetts, revealed in a letter published in the New England Journal of Medicine that he was questioned by the FBI after the hospital staff worked "around the clock" to secure a shipment of PPE.

"Deals, some bizarre and convoluted, and many involving large sums of money, have dissolved at the last minute when we were outbid or outmuscled, sometimes by the federal government. Then we got lucky, but getting the supplies wasn't easy," he wrote, detailing the measures his supply chain team took to get the equipment.

"Two semi-trailer trucks, cleverly marked as food-service vehicles, met us at the warehouse. When fully loaded, the trucks would take two distinct routes back to Massachusetts to minimize the chances that their contents would be detained or redirected," he recalled. "Before we could send the funds by wire transfer, two Federal Bureau of Investigation agents arrived, showed their badges, and started questioning me. No, this shipment was not headed for resale or the black market. The agents checked my credentials, and I tried to convince them that the shipment of PPE was bound for hospitals. After receiving my assurances and hearing about our health system's urgent needs, the agents let the boxes of equipment be released and loaded into the trucks. But I was soon shocked to learn that the Department of Homeland Security was still considering redirecting our PPE. Only some quick calls leading to intervention by our congressional representative prevented its seizure."

Conservative pundit David Frum said the letter was "like a story from the last days of the Soviet Union."

"It has got to stop," he tweeted. "The administration is supposed to be coordinating this, not making the problem worse for our hospitals and first responders."

Rep. Jerry Nadler, D-N.Y., the chairman of the House Judiciary Committee, and a group of House Democrats called on FEMA to provide any documents related to the seizures.

The seizures had already come under scrutiny from two other House committees after The New York Times reported that Trump's son-in-law Jared Kushner had "surprised" FEMA officials by redirecting supplies. Kushner himself said during a White House coronavirus briefing that he had supplies delivered to New York after Trump got a call "from his friends" about the conditions in the city's hospitals.

Though the FEMA operation is overseen by Gaynor and Navy Rear Adm. John Plowczyk, the logistics chief for the Joint Chief of Staff, Kushner has lead a so-called "shadow" task force staffed with former start-up entrepreneurs, according to The Times. The group has clashed with senior officials, one of whom described the team as a "frat party" that "descended from a UFO and invaded the federal government."

"It appears that Mr. Kushner is unclear about basic facts regarding the purpose of the Strategic National Stockpile," the lawmakers said, citing Kushner's claim that "our stockpile" is "not supposed to be the state stockpiles that they then use."

The lawmakers were "troubled" that Kushner may be "circumventing protocols that ensure all states' requests are handled appropriately," they wrote. "We are particularly troubled that Mr. Kushner's work may even involve 'directing FEMA and HHS officials to prioritize specific requests from people who are able to get Kushner on the phone.'"